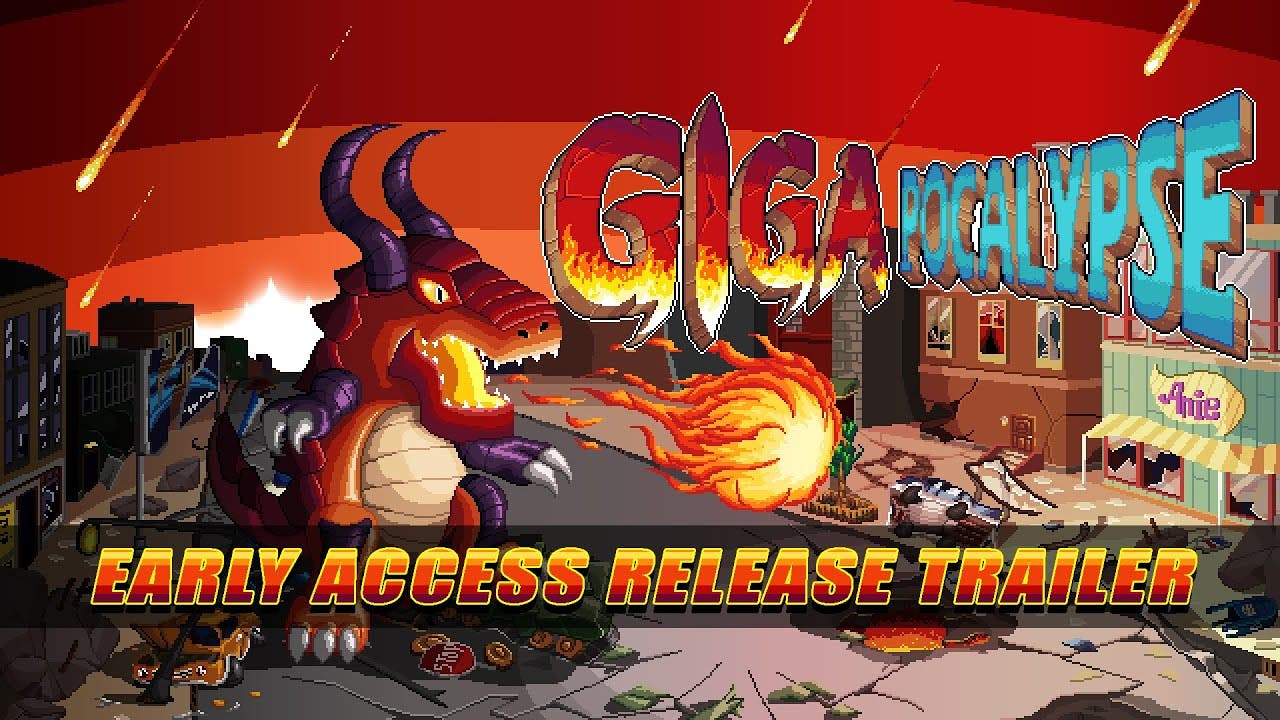 Cologne, July 22, 2021 – Headup is hell-bent on causing some havoc today! They have let loose a new 2D pixel-art destruction game, GIGAPOCALYPSE, inspired by classic Kaijū movies such as Godzilla and King Kong, and the legendary game series Rampage. For today’s Early Access launch, get a taste for destruction with the new trailer.

As you turn towering cities to rubble, a blood-pumping heavy metal symphony will accompany you, perfectly scoring the chaos of your very own monster apocalypse!

Now that Gigapocalypse has hit Early Access, all nine “Gigas” will slowly be added in the lead up to the final game. Each one will bring new powers, mechanics and deadly upgrades, increasing the scope for devastation. More locations will be added too, bringing the final tally to six stages set during the past, present and future – meaning your reign of destruction can span across time itself!

Also, check out the game’s Twitter page and feel free to discuss with the developers on Discord.