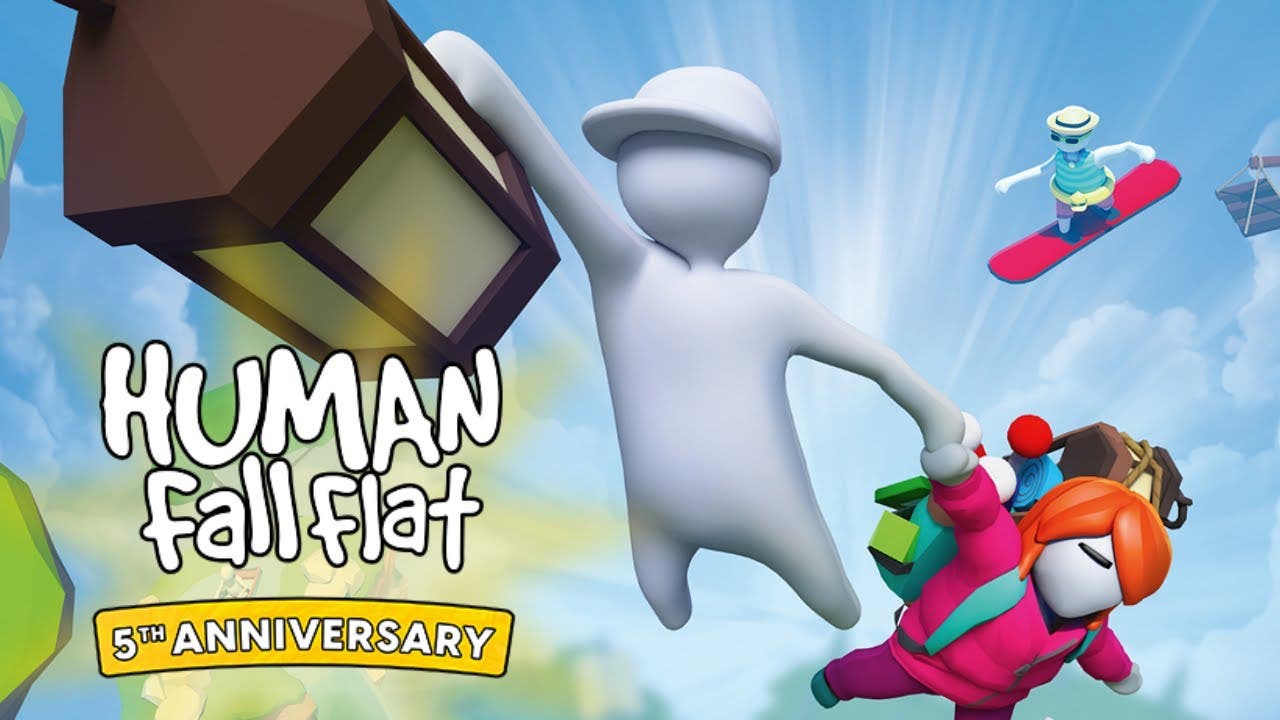 London, UK – 22 July 2021: Today, No Brakes Games and Curve Digital are delighted to be celebrating five years of the fun and quirky physics platformer Human: Fall Flat, as shipped copies of the game hit over 30 million.

The team is also excited to announce Human: Fall Flat’s newest level Laboratory, will be released this summer. Created by ‘Buler’ the winner of the Fantastic Machines Competition who won $10,000 for his fantastic level, Laboratory will allow players to run amok in a secret lab where the forces of physics become powerful playthings! Master the majesty of magnetism and the exhilarating application of electricity inside the mysterious mountain!

Alongside the launch of the new Laboratory level, three new community designed skins will be available for players to jazz up their Humans – the Jester, Wrestler and Painter – which are the first of ten winners from the recent ‘Dress to Impress’ competition. The remaining seven winning skins will be released by the end of the year.

“We couldn’t be happier to reach this amazing milestone,” said Tomas Sakalauskas, CEO and Founder of No Brakes Games and Creator of Human: Fall Flat. “Five years ago Human Fall Flat first launched on PC with eight physics based puzzle levels, and now our game is available worldwide across PC, mobile and console platforms, includes 17 (soon to be 18!) exciting levels, and we’ve shipped over 30 million copies – we really can’t believe how far we’ve come.

“I’d like to say a huge thank you to the amazing Human: Fall Flat community. I always wanted to make a game that inspires creators and players to build and explore new levels without any limitation and I am constantly surprised by the innovation that we see from the community each year. We look forward to many more years to come!”

If you aren’t one of the 30 million people who have joined the Human: Fall Flat world yet, now’s your chance – and it’s for a good cause! For the next 24 hours, Human: Fall Flat will be available with 66% off, for £5.45 / $6.79 / €6.79 on Steam, with 10% of revenue received by Curve donated to video games mental health charity, Safe In Our World which is working to create and foster worldwide mental health awareness within the video game industry and beyond.

“Throughout Curve Digital there is a sense of responsibility to create an environment that promotes wellbeing and looks after the mental health of every employee,” said Nick Powell, Senior Product Manager at Curve Digital. “This is why Curve were proud to be a founding partner of Safe in our World’s global #LevelUpMentalHealth campaign, to rally the industry to support those affected by mental health ailments.”

Find out more about Safe In Our World here: https://safeinourworld.org/

Don’t forget, budding level designers of all abilities have until 12th August to enter the Human: Fall Flat 5th Anniversary Level Design Competition for the chance to see their idea made into a brand new in-game level.

The competition has already seen some incredibly imaginative entities so far and invites fans to dream big and submit their most imaginative level design ideas on social media in any creative medium they choose. Participants can draw, paint, model from plasticine or building bricks, write a short description or even bake a level shaped cake – then share a high resolution picture of their creation for the chance to win. Judges will consider entries based on the amount of imagination that went into each entry – so don’t be shy! Get stuck in and get creative!