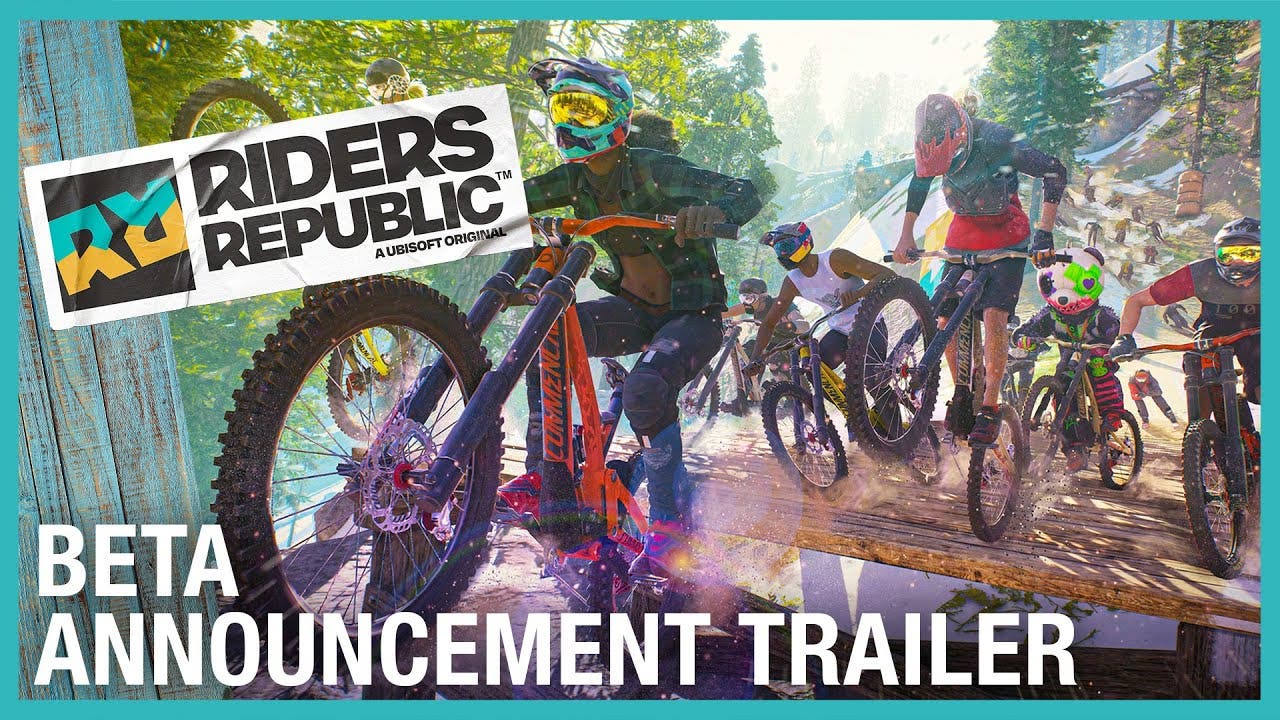 Riders Republic Beta runs from August 23rd to the 25th, available for all platforms

SAN FRANCISCO — August 5, 2021 — Today, Ubisoft announced that the Riders Republic™ Beta will be available from August 23 to August 25 on PlayStation®5, PlayStation®4, Xbox Series X | S, Xbox One and PC on both Ubisoft Connect and the Epic Games Launcher. Players can sign now up for the Riders Republic Beta on https://ridersrepublic.com/beta.

The Riders Republic Beta will give players a first glimpse of 3 careers such as Bike Races, Snow Tricks and Air Sports (Rocketwing and Wingsuit). Players can also compete in multiplayer modes, including:

The Beta will be available for preload starting August 21. All multiplayer modes and career events can be experienced with 5 other riders and players will be able to send a Beta invitation to 2 friends to shred alongside them.

Developed by Ubisoft Annecy, Riders Republic invites players to jump into a lively social playground where they can experience the thrill of outdoor sports in an open and densely populated world. Players will roam freely with their friends in a huge and vibrant open world where they can compete and nail crazy moves through an exciting range of sports such as biking, skiing, snowboarding, wingsuiting and rocket wingsuiting across some of the most iconic American national parks. Whether players want to catch some major air with friends or ride solo to dominate the mountains and canyons, there are plenty of exhilarating moments and activities to be discovered. Riders Republic will be available on October 28 on PlayStation®5, PlayStation®4, Xbox Series X | S, Xbox One, Stadia, Luna and for Windows PC exclusively on both the Epic Games Store and the Ubisoft Store. The game will also be available on Ubisoft+**, Ubisoft’s subscription service.

Players looking for even more Riders Republic content can pre-order the Gold and Ultimate Editions*** now:

For the latest news on Riders Republic and other Ubisoft games, visit news.ubisoft.com.