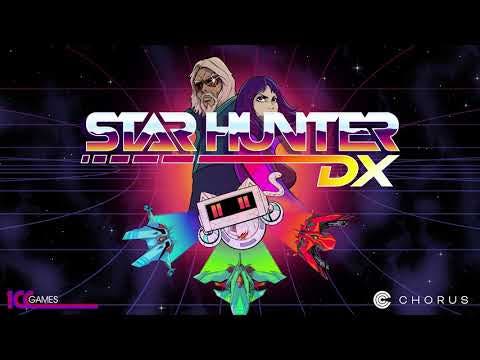 London, United Kingdom – 5 August, 2021 — Chorus Worldwide and two-person British studio 1CC Games, have just released intergalactic shoot ‘em-up Star Hunter DX on Steam (with a 15% launch discount) and Nintendo Switch. PlayStation 4 and Xbox One releases will come later this summer, but in the meantime, gear up and give the retrolicious trailer a look: https://youtu.be/9qQdBlSiLRs

Betrayed by her cut-throat crew, Luna Starr – former Space Pirate Captain turned bounty hunter – has a score to settle. Experience Luna’s intergalactic quest for revenge in widescreen, with crisp pixel art and original character designs inspired by ‘80s cartoons. Choose between Luna, CAT-99, and Edgar, each with their own distinctive style, and conquer the cosmos as you dodge through kaleidoscopic bullet patterns and blast your way through over fifty unique enemy types.

With classic elements that allow hardcore genre fans to perfect their runs and an accessible Practice Mode to welcome wannabe space pirates, Star Hunter DX was made for new and old shmuppers alike!

A collector’s edition for Star Hunter DX for Windows PC is also in the works thanks to HUEY Games, featuring the game packaged within a unique, nostalgia-inducing USB Cassette.

The Nintendo Switch release will receive a launch week patch expected to go live by 12th August, including major performance fixes, some minor graphical fixes, and a fix for an unobtainable Challenge.