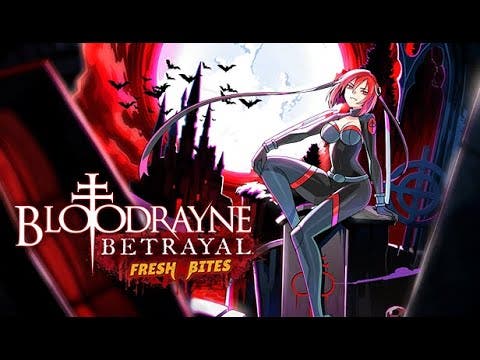 Released in 2011, the original BloodRayne Betrayal was met with passionate reviews for its gorgeous graphics and punishing difficulty. This installment in the series changed things up by switching from a 3D, third-person format to a fast-paced, 2D side-scroller. As the deadly dhampir Rayne, players will battle through 15 levels as they wend their way through a hidden castle where a sinister vampiric gathering is taking place. It’s Rayne’s last job — will she “clean house” or find herself six feet under?

Ziggurat Interactive has over 40 Retro Classic titles slated for release this year with new games every month. Keep up to date on the latest news from Ziggurat on Facebook, Twitter, and the company’s official website.