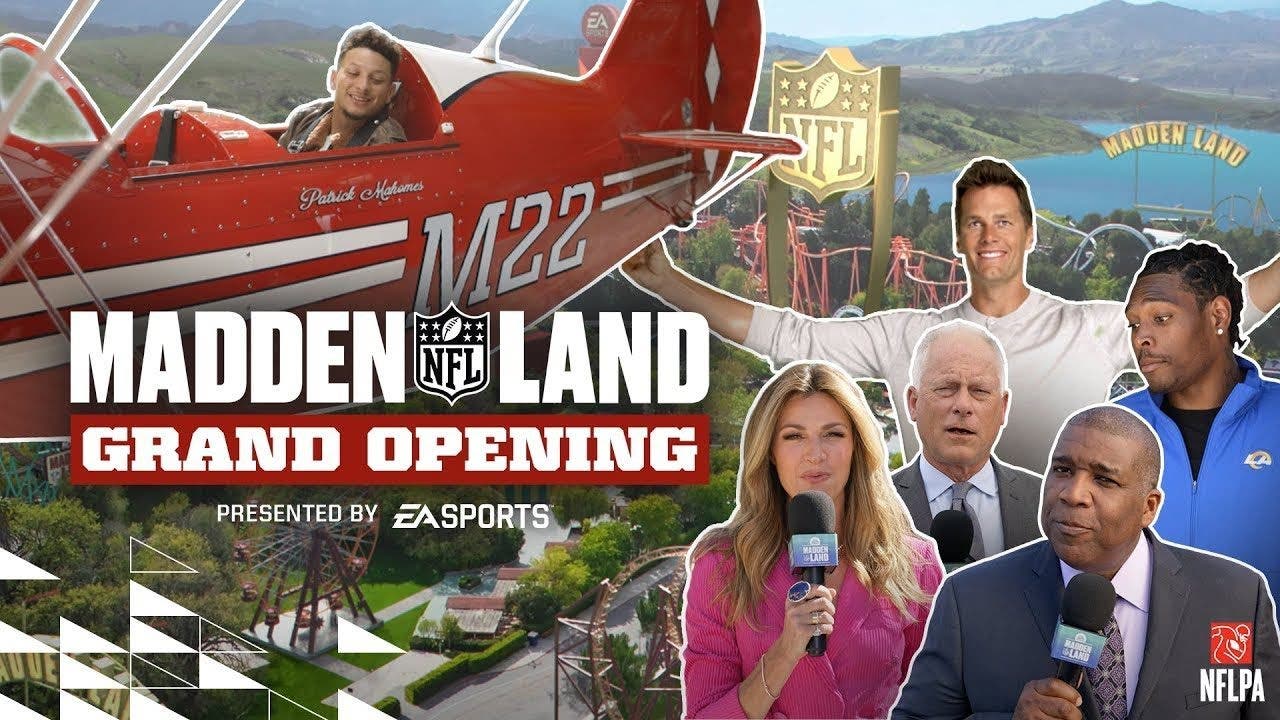 Madden NFL 22 launches on PC via Origin and Steam, PlayStation, and Xbox today

REDWOOD CITY, Calif. – August 20, 2021 – Today Electronic Arts Inc. signaled the imminent return of the football season with the worldwide launch of EA SPORTS™ Madden NFL 22 for Sony PlayStation®5, Microsoft Xbox Series X|S, PlayStation®4, Xbox One, PC via Origin™ and Steam®, Google Stadia™ and mobile with NFL superstars Tom Brady and Patrick Mahomes on the cover. Madden NFL 22 is where gameday happens and arrives with new innovation Dynamic Gameday*, powered by all-new features Gameday Momentum*, Next Gen Stats: Star-Driven AI*, and Gameday Atmosphere*, impacting gameplay in every mode to make each game feel fresh with a deeper level of strategy and storytelling. To mark the game’s release, EA SPORTS debuted a brand-new campaign “Welcome to Madden Land” with stars from in and around the NFL.

“Every Madden NFL release is a big moment for football fans; it means football season is right around the corner and players finally can explore the newest features and live out their NFL fantasy on the virtual gridiron,” said Cam Weber, EVP and Group GM of EA SPORTS. “We’re so excited for players to get into Madden NFL 22 to experience the rollercoaster of emotions and fun of NFL gameday, which is brought to life in our new Madden Land campaign.”

Madden NFL 22 delivers the true-to-life impact of game changing moments that swing momentum in or out of a team’s favor with new Gameday Momentum* performance-based mechanics, including the fan-favorite Home Field Advantages* which provide a unique game condition tailored to each of the 32 NFL teams. The integration of the real-world player data in Madden NFL through the NFL’s Next Gen Stats continues to power more realistic player movement and brings the personalities and tendencies of both players and teams to life with Star-Driven AI*. Players can connect to their NFL fandom through Gameday Atmosphere* which delivers presentation elements that enhance and impact every game.

“Our Madden NFL community has continued to grow significantly in the last few years, and we’re eager for football fans to get their hands on Madden NFL 22 to experience our gamewide innovation with Dynamic Gameday on next-gen consoles,” said Seann Graddy, Executive Producer, EA SPORTS Madden NFL. “Madden NFL 22 has a variety of opportunities for players to express themselves and experience the fun of football – from 11v11 simulation to arcade-style experiences – and launch is only the start. We have much more coming to players with new content planned all season long via our live service.”

The arcade-style mode, The Yard, features an all-new single player campaign and avatar progression system that shares progress with Face of the Franchise, which also returns with an all-new story and more options for players to shape their journey in the League. Superstar KO brings multiplayer squad play to NFL teams with the addition of real-world NFL teams and Madden Ultimate Team is back with a new season of exciting content, halftime adjustments to Superstar X-Factor abilities and the integration of Next Gen Stats* to track stats for player items. Plus all new player ratings, Superstar X-Factors, and much more that will continue to evolve throughout the season.

Download the Madden NFL mobile app now to start a Journey in Madden NFL 22 Mobile where players can upgrade lineups with completely reimagined systems to make their team more powerful than ever before, mixing and matching different types of NFL stars and trading up. Players can also be the GM of their Ultimate Team as they battle their way to greatness, while experiencing all new visuals unlike any previous Madden NFL mobile game.

Register now for the Madden NFL 22 Championship Series (MCS 22) to earn the chance to compete in four MCS marquee tournaments, closely tied to key NFL season moments. The largest prize pool in franchise history of $1.65 million is on the line as the next generation of the MCS is played for the first time on Xbox Series X|S and PlayStation 5.