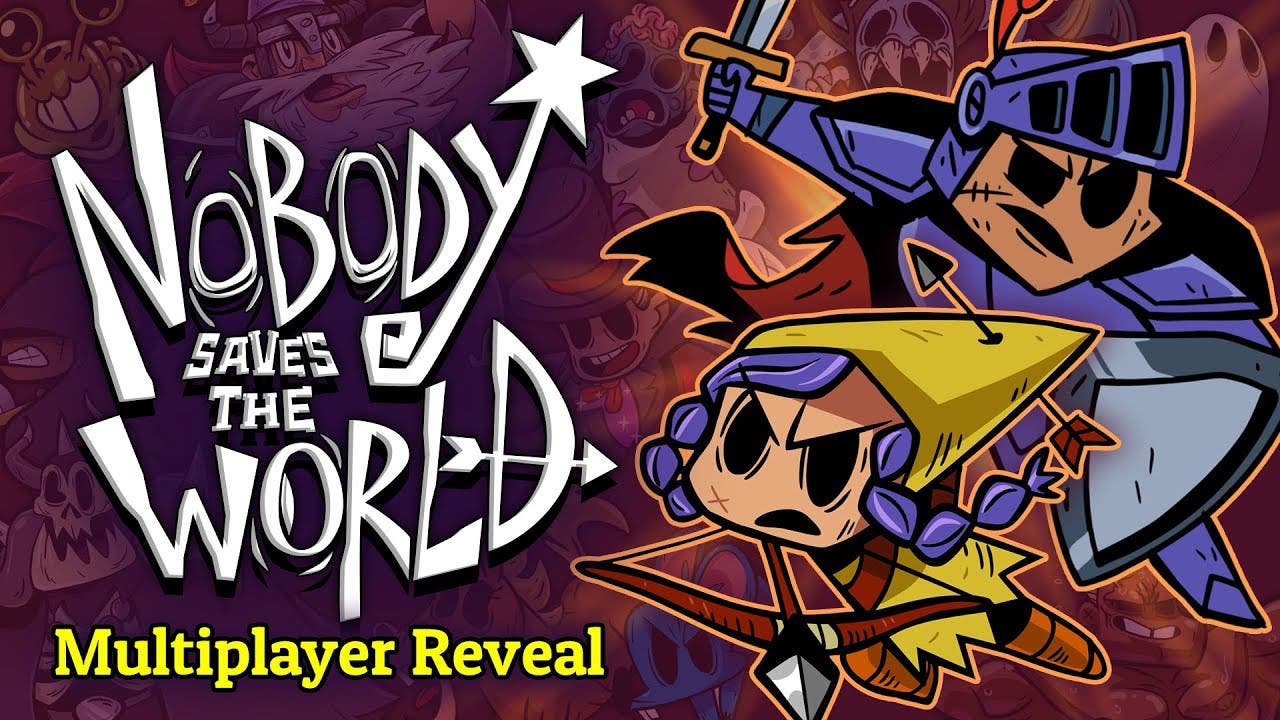 TORONTO, AUGUST 25th 2021 – Drinkbox Studios (Guacamelee!, Severed) revealed today during the gamescom: Opening Night Live Pre-Show that their upcoming action RPG, Nobody Saves The World, will include online co-op multiplayer when it launches in Q1 of 2022 on Xbox Series X|S, Xbox One, the PC Windows Store, and Steam. The title will also be made available on launch day for Xbox and PC Game Pass subscribers.

Today’s new look at Nobody Saves The World will mark Drinkbox Studios’ first ever online multiplayer title, a feature that will create exciting and chaotic moments for players as they switch and customize forms with friends. Nobody Saves The World‘s new trailer also showcased a sneak peek at how players will be able to customize their forms to create powerful and distinct character classes.

“Co-op in Nobody Saves the World takes the already-vast possibilities for strategy and customization, and blows them wide open,” said Ian Campbell, Lead Designer at Drinkbox Studios. “Even nearing the end of development, we’re still finding ridiculous new ways to combine the powers of two players, and we can’t wait to see what combos you discover when you try it for yourself.”

Players on Xbox consoles, Windows 10, and Cloud will be able to play with each other thanks to cross-play and cross-save support.

About Nobody Saves The World
Transform from a featureless nobody into a SLUG, a GHOST, a DRAGON, and MORE in this new take on Action RPGs from the creators of Guacamelee!

Complete quests to discover and swap between 15+ varied and distinct Forms. Mix and match abilities in unexpected ways to unlock and complete even MORE challenging quests. Explore a vast overworld – on your own or with a friend online – while clearing shape-shifting dungeons in an effort to stop The Calamity and SAVE THE WORLD!