There’s been a few remasters and remakes of Myst over the years, and for good reason. It was once the best-selling PC game for years, and even today, considered one of the best games of all-time. With this, Myst has been re-imagined by the original creators at Cyan, giving renewed life for a series that made PC gaming relevant. Everything about what made the original become a classic is preserved: the music, the atmosphere, and in some respects, the visuals. What Rand and Robyn Miller created back in 1993 is timeless, and is ever-present with this release, which sets out to do it all again. This is the most accessible release yet, making it the definitive experience. Myst is a brilliant puzzle-adventure that continues to captivate and impress, whether you’re returning to the island, or visiting for the first time. 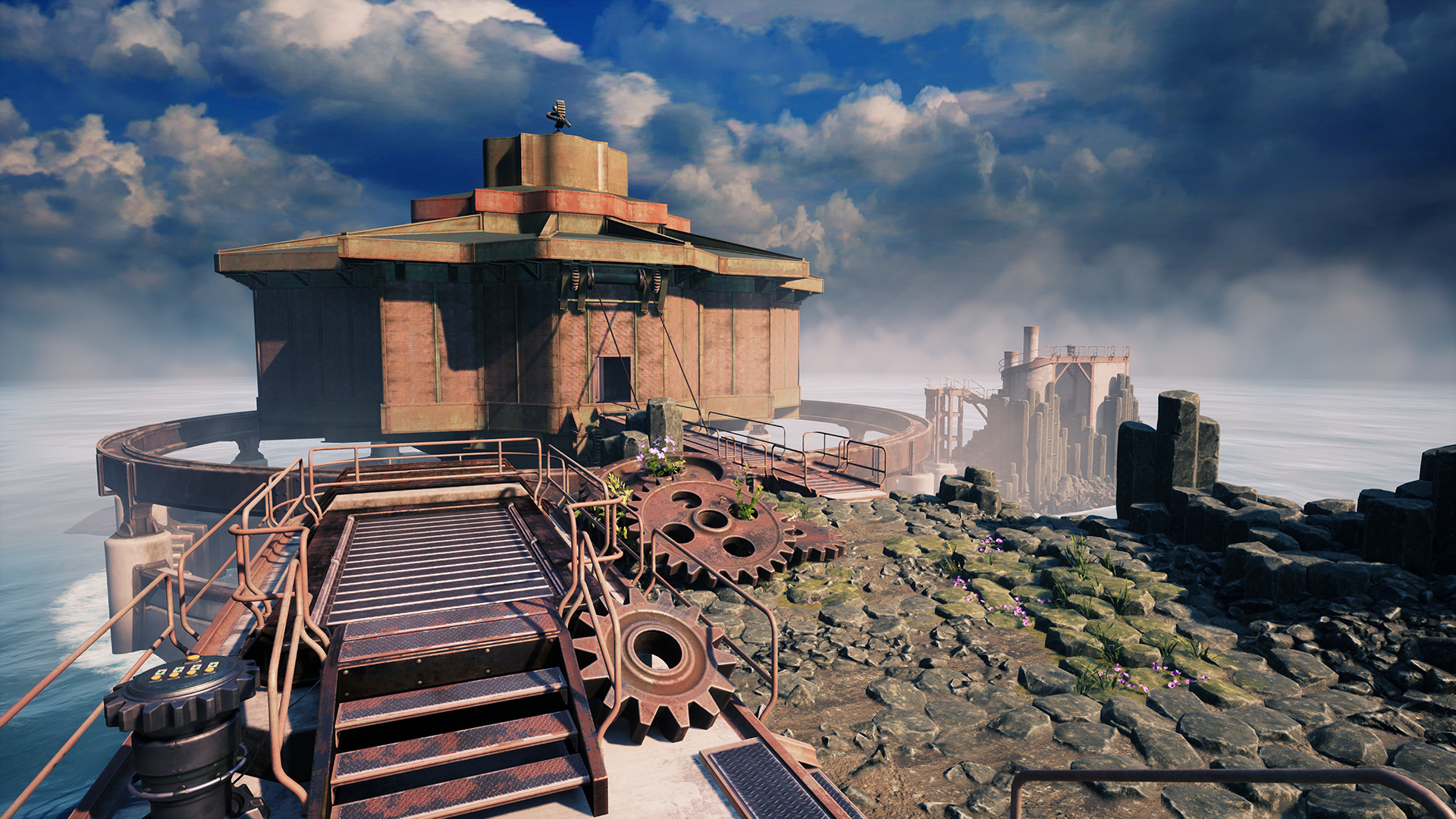 After an introductory cutscene, you’re guided to place your hand on a book with moving pictures that transports you to the same island from the book. Stranded, you must explore and figure out a way while also discovering a betrayal of a bloodline. This is a fairly open game, with no linear path to follow. There are a few characters to interact with. The father is Atrus, played by creator Rand Miller. Atrus is trapped as well, but this time in a book where you must help him escape. You’ll meet Achenar, who’s also played by Rand Miller in a dual role. Achenar has a penchant for blue, adores the bare essentials, and is slightly deranged. Then there’s Sirrus, played by Robyn Miller, the co-creator and composer. Sirrus has an affinity for red, enjoys the lavish lifestyle, and is seemingly sinister. These family members are all trapped inside “prison linking books”, and if you collect enough pages for any of them, will free them. By uncovering secrets, solving puzzles, and traversing environments known as “Ages”, you’ll learn more about this family to know who to trust, and more importantly who not to trust.

In order to reach most places, there will be puzzles to solve. Everything’s rather intuitive or there’s a means to get the information if you look hard enough and touch every surface. I think one of the most critical aspects to Myst is the sound. Almost everything you do in the game, a sound effect plays an integral role in informing the player what is happening and why. And in a lot of cases, the sound is the puzzle. The puzzles are all laid out for you, it’s just a matter of putting the pieces together to see what image forms. 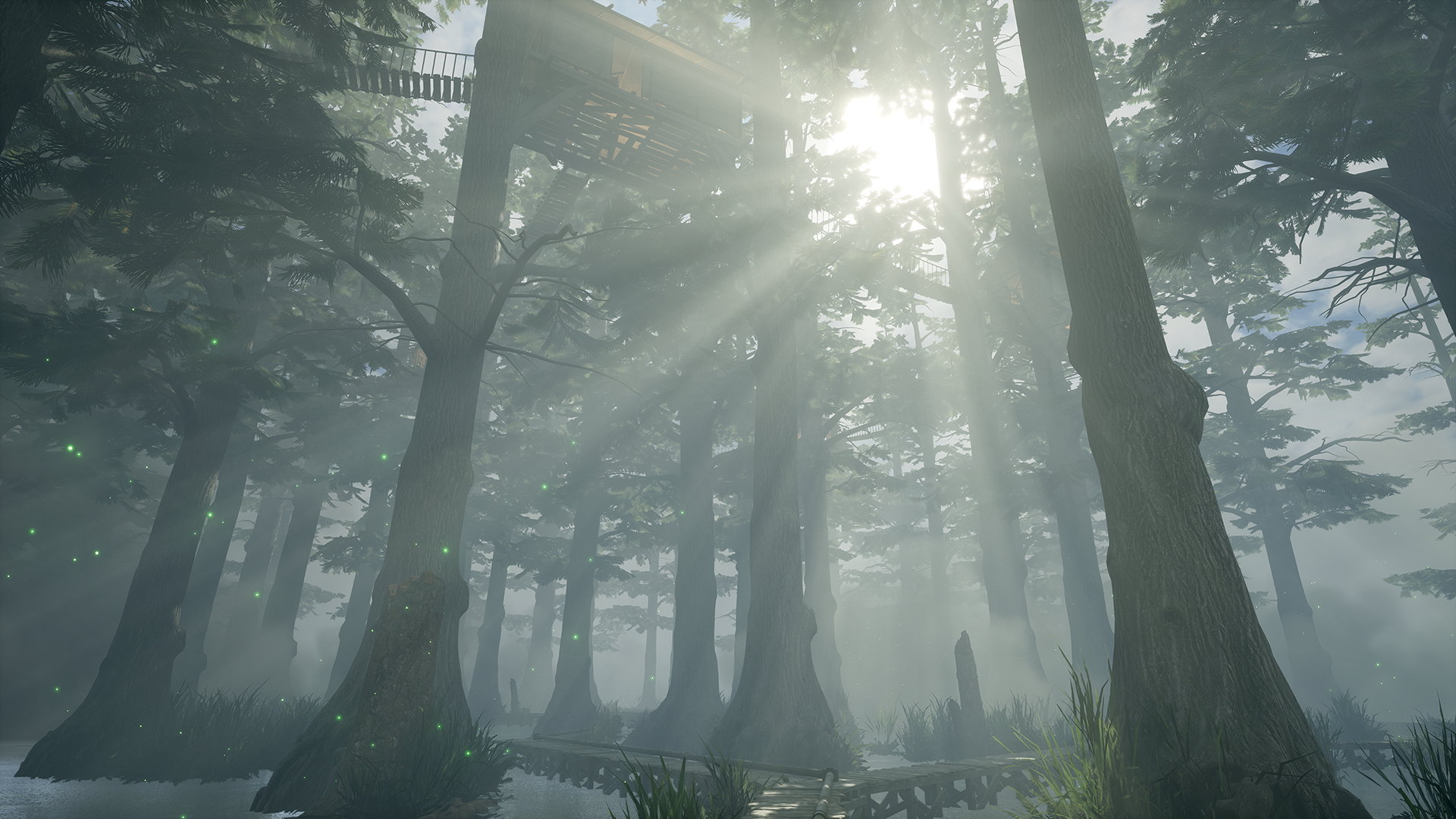 Cyan did a great job at correcting the scale in these 3D environments, as it truly feels like you’re there. Much of the look of the game is preserved in some form, there are some new ideas about how the places you visit look. Besides Myst Island, there’s four Ages to visit: Channelwood Age has intense fog surrounding this swamp full of tall trees, making it more secluded. Selentic Age has a harsh blue hue, mostly at night, also shrouded in fog. Mechanical Age seems mostly untouched, with no fog, brighter skies, and more realistic clouds. My personal favorite is Stoneship Age, now a place very close to the sun during a sunset, with a storm brewing in the distance. One location notably missing is the Rime Age. While not part of the original release, this was later added into the realMyst games. The developers have teased its return in the form of patch notes. I do hope it comes, as do I want a full day/night cycle for every location in the game.

You can’t talk about Myst without talking about the music. Composed by Robyn Miller, the soundtrack is an ominous, foreboding one. Every new area you explore has a theme, and it perfectly encapsulates the mood and tells a story without any words. The music creates an atmosphere that matches the visuals, and encourages you to explore every nook and cranny. It’s so good that you will revisit areas just to hear your favorite track, or listen to outside of the game. There’s ambiance here that’s unrivaled even today. The soundtrack has stood the test of time, and so has the game. 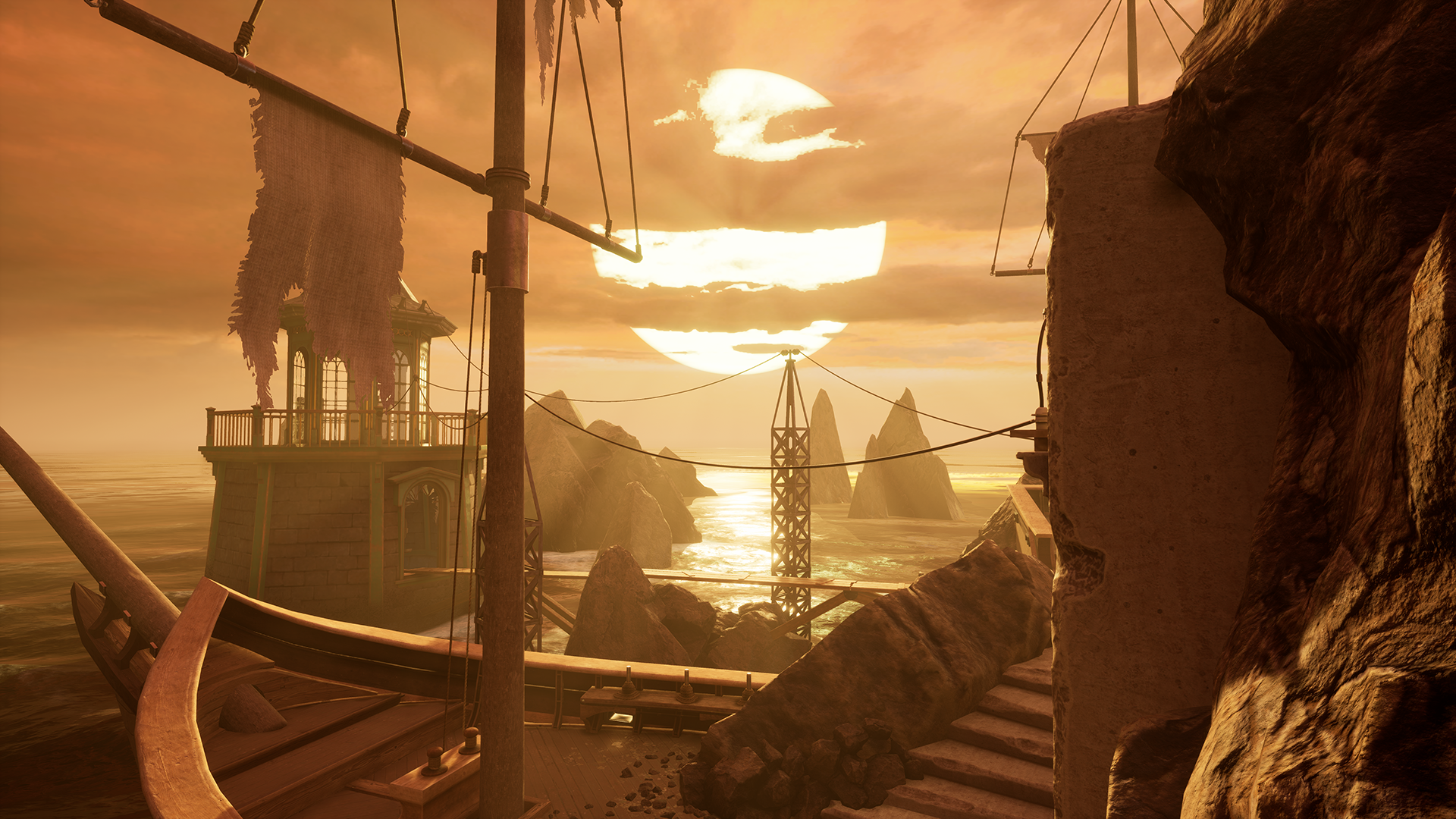 For anyone who’s played Myst before, there’s a fair amount of changes to note. Almost all of them are for the better, except for one, the full-motion video (FMV) has been swapped for 3D models here. The appeal, the charm, and even nostalgia about this series has been because of the FMV. It was essential to the experience, and admittedly some of that is lost here by this change. The reason this was done, was as a concession for virtual reality headsets, and a 2D video would no longer work in that space. I also noticed that there’s not a way to play the game with the classic Myst controls, which just means that movement is all done by clicking, similar to advancing slides in a presentation. It’s absolutely fine using WASD and mouse to play the game, as that’s more natural-feeling today than when this first came out almost thirty years ago. I am disappointed that there’s only two save slots, as I always liked having save slots at the beginning of each Age so that I didn’t have

Other changes include architectural updates and redesigns for some buildings, including new built-out areas for accessing the Channelwood Age, which serves as a preview for what’s about to come. Near the beginning of the game, you’re supposed to find a note, which was originally crumpled up. It’s now perfectly straight, resting on a rock which seems less plausible now, given the audible wind. A relief for many, is that the “dentist chair” on the island has been replaced entirely, no longer giving people the unease of entering the observatory. Paintings look like paintings, wood has texture and depth, and surfaces shimmer. While things have changed, it’s not too much.

Myst streamlines some of the original game’s rough edges and design decisions. The red and blue pages you collect, originally had be taken one at a time. If you wanted to learn more about the brothers, you’d have to revisit an Age twice, and navigate it (though the puzzles would be in a solved state). It was an unnecessary retread that no longer exists, as you can now take both pages from each Age. In another modernization, there’s an in-game camera to take photos. This is helpful in remember a code you might need later, or something you want to revisit to puzzle out another time. I think one of the most exciting changes is that you can play the game in two modes: “Classic (1993 Myst)” or “Randomized”. The randomized mode is best for veterans, or those who want to prevent a way to look up solutions that have existed on the internet for decades. This new mode makes the game infinitely replayable, and forever enjoyable. 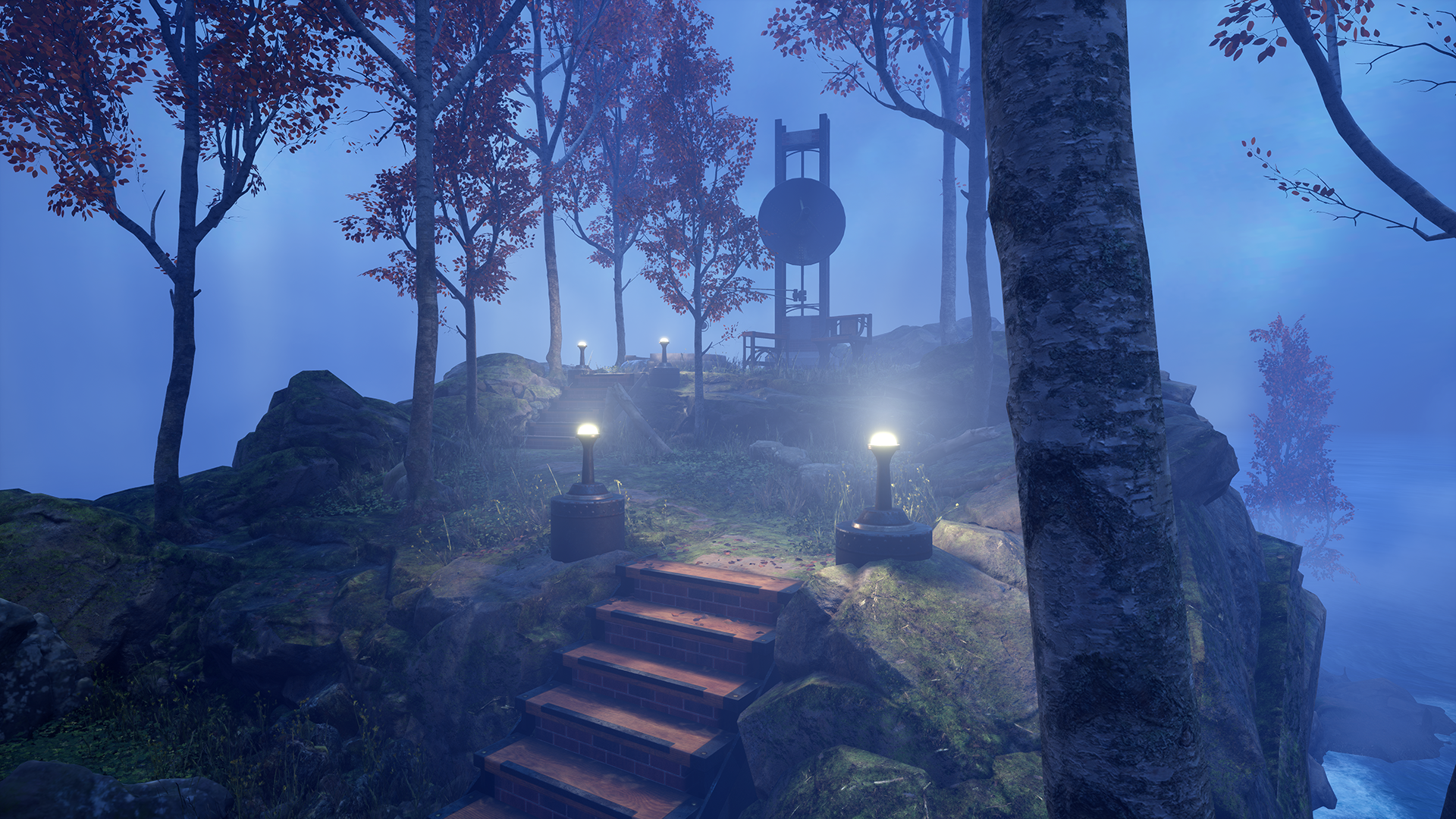 Originally designed for Oculus Rift, now available for HTC Vive and Valve Index. My experience playing this for review was non-VR, though. If running in DirectX 12, Myst has RTX enhancements such as ray tracing and DLSS to enable. Both features bring Myst into a whole new light, figuratively and literally. The complex shadows and lighting bring realism. When DLSS is enabled, and I used the ‘Quality’ setting, I was getting over 120 frames per second without a problem. I did notice some skyboxes were low-res, with and without DLSS enabled. Myst is simply stunning to look at, and see in motion. 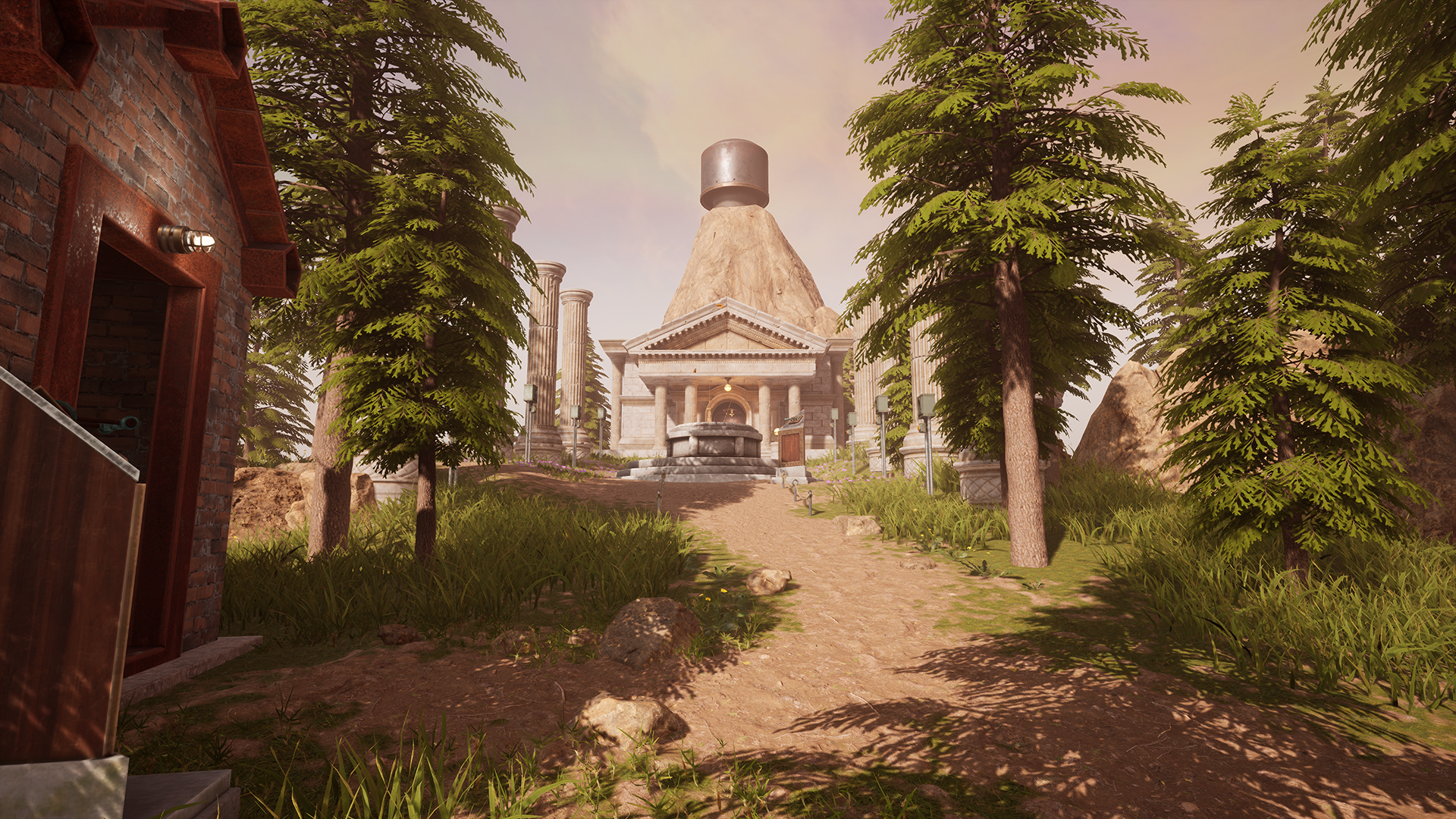 This is Cyan’s Myst opus. It’s a massive rework that is so impressive to experience all over again. It’s near-perfect, and simply must be played. This manages to be both how I remember it, yet a wholly refreshing experience, that captures the spirit of the 1993 original in new and exciting ways. There’s something for veterans and newcomers to enjoy, with longevity to spare, thanks to the new randomizer mode. With this, Myst remains the best puzzle and adventure game ever.