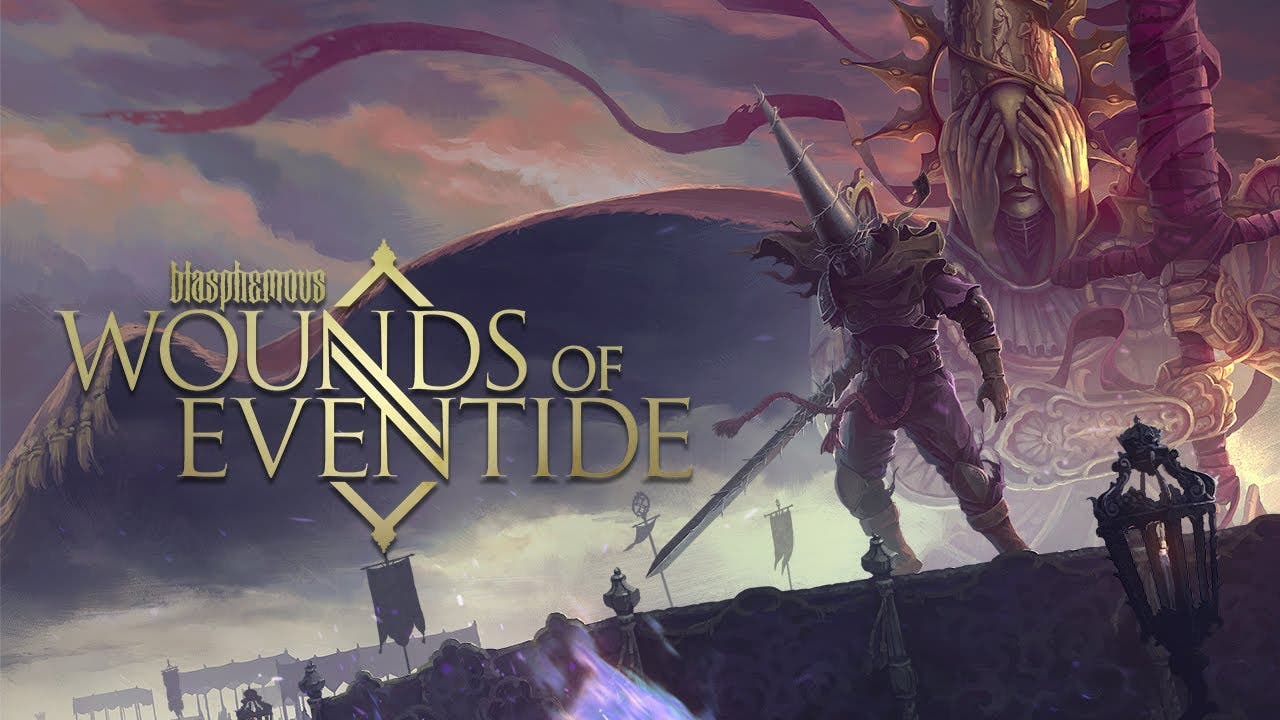 Friday, 27th August 2021 – Team17 and The Game Kitchen have announced the development of a Blasphemous sequel, which is scheduled to arrive in 2023. Currently in the early stages of production, the game will be a direct follow-up to the multi-award-winning 2019 action-platformer. The announcement came alongside the reveal of Wounds of Eventide, a brand-new and free content update for the original Blasphemous that concludes The Penitent One’s first journey and unlocks the game’s true ending.

Coming to PlayStation 4, Xbox One, Nintendo Switch™, and PC on 9th December, Wounds of Eventide introduces new bosses, areas, and items, and underlines the stark truth that penitence never ends… it only changes.

“We’re so excited to finally announce that we’ve started work on a Blasphemous sequel, the community have shown so much love for the first game and we can’t wait to share more when we can! New beginnings also mean new endings, and Wounds of Eventide is exactly that, it’s the final instalment for the original Blasphemous and we hope people love playing the new content as much as we loved creating it.”

“Finally, we wanted to share some behind the scenes from the production of the trailer you’ve just watched, it was important to us to stay true to the game’s roots, so we included a live orchestral track recorded by a selection of traditional and authentic procession musicians, with some of the orchestra having performed during the Holy Week in Seville, Spain. We want to extend our thanks to everyone involved in the process, especially the incredible musicians who bought our vision to life so vividly.”