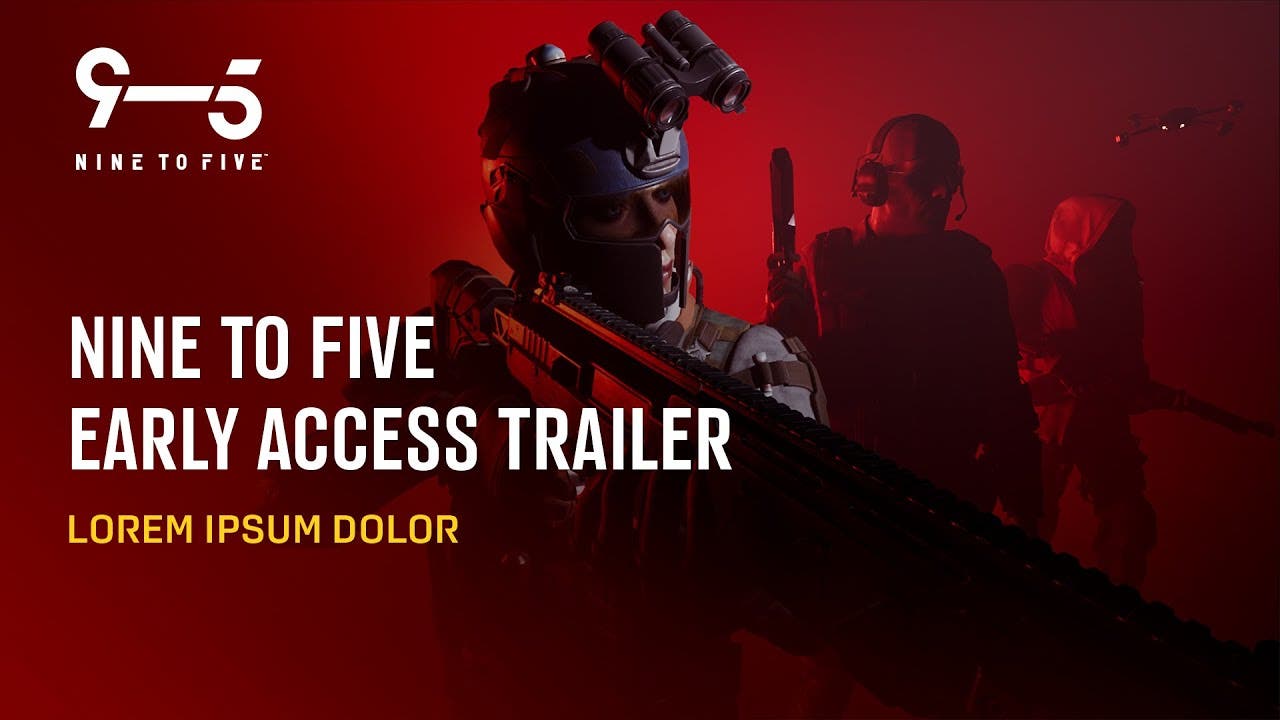 HELSINKI – Aug. 26, 2021 – Redhill Games has announced that its team-based first-person shooter Nine to Five is free to download and play right now in open beta on PC via Steam Early Access. Set in a near-future where corporations rule everything and being a mercenary is just another job, this exhilarating multiplayer tactical shooter pits three teams of three against each other in nail-biting matches where strategy and collaboration are essential for victory.

In Nine to Five, teamplay and tactics give you an edge over pure reflexes. Matches develop over three phases, each influencing the next, forcing players to constantly adapt their strategy to new situations to win. The game’s map design offers a number of ways to tackle objectives, giving players different opportunities to plan and execute their approach.

Starting today, open beta players will have an arsenal of 19 distinct, customizable weapons to unlock, as well as several gadgets to help them test their skills across two maps and three game modes — each offering unique layouts with dynamic goals that evolve with every round. In addition, players can unlock and purchase skins and other cosmetic items to express themselves in game. Meaningful progression can be made with each session, and new content and updates will be introduced throughout the early access period.

Nine to Five is being developed with close attention to community feedback. Hitting early access is a major milestone, and Redhill Games is dedicated to making Nine to Five an ever-improving, evolving and fun experience for all players with a hunger for tactical, team-based FPS action.

For more information on Nine to Five, visit www.ninetofive.game.