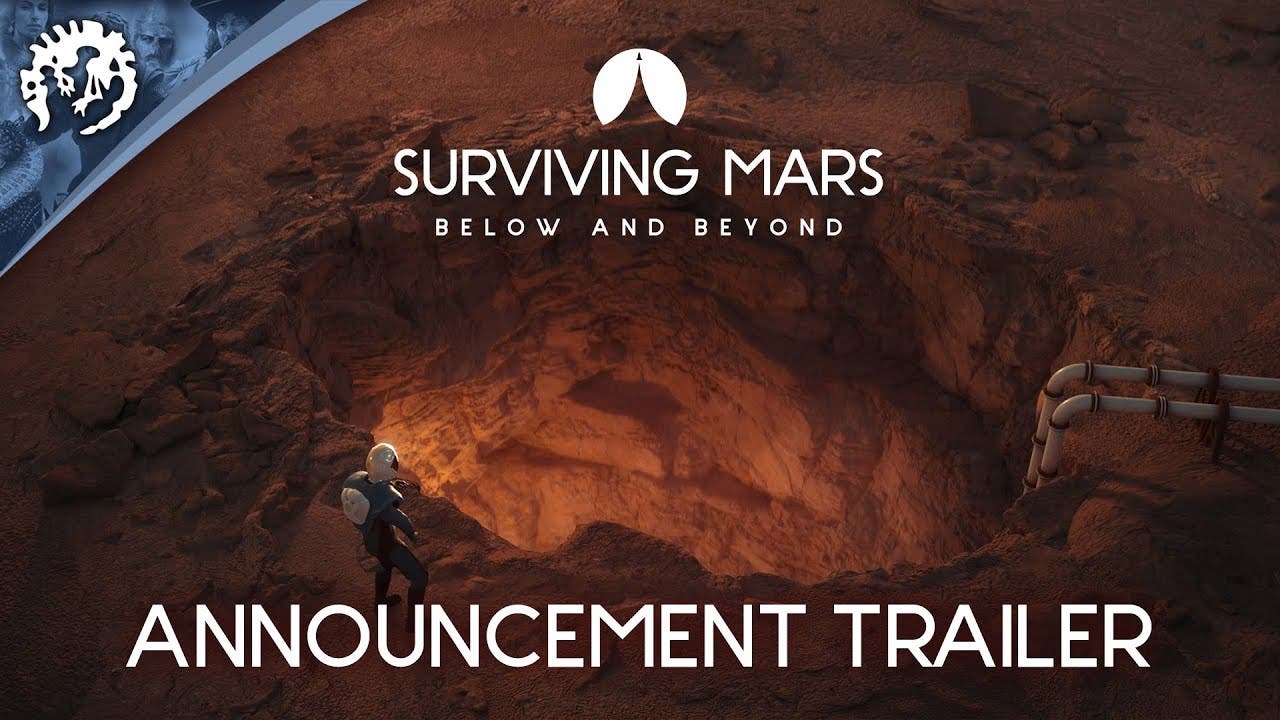 STOCKHOLM – August 31, 2021 – Paradox Interactive and Abstraction announced Below & Beyond, the first premium expansion for Surviving Mars since Green Planet’s launch in May 2019. Surviving Mars: Below & Beyond will launch on September 7 for a suggested retail price of  $19.99 USD / €19.99 EUR / £15.49 GBP on Steam, GOG, Epic, Humble, PlayStation™ 4 and Xbox One. Below & Beyond enhances colony management by going below the surface and beyond the horizon to build underground bases, mine asteroids, and gather rare resources.

Below & Beyond pushes the limits of what is possible on the Red Planet. Expand horizons with additional buildings, more resources, and a cavernous world full of mysteries. Players can tunnel beneath the surface and construct subterranean bases below the colony or in nearby underground caves. Enterprising players can attach rocket-propelled buildings to passing asteroids and mine exotic resources, but you’ll need to make it back to the Red Planet’s surface before the asteroid leaves orbit or else you lose your stuff and your colonists.

“When we started planning out what was next for Surviving Mars, we really wanted to dive deep into the parts of the Red Planet we had not already explored. We know we had to come out swinging and Surviving Mars: Below & Beyond expands gameplay in a meaningful way,” says Magnus Lysell, Product Manager for Surviving Mars at Paradox Interactive. ”The possibilities are endless and we’re eager to continue exploring the Red Planet with our players.”

Surviving Mars is available on PC, Xbox One, and PlayStation 4. For more information about Surviving Mars, visit the Paradox Store page, or check it out on Twitter and Facebook.