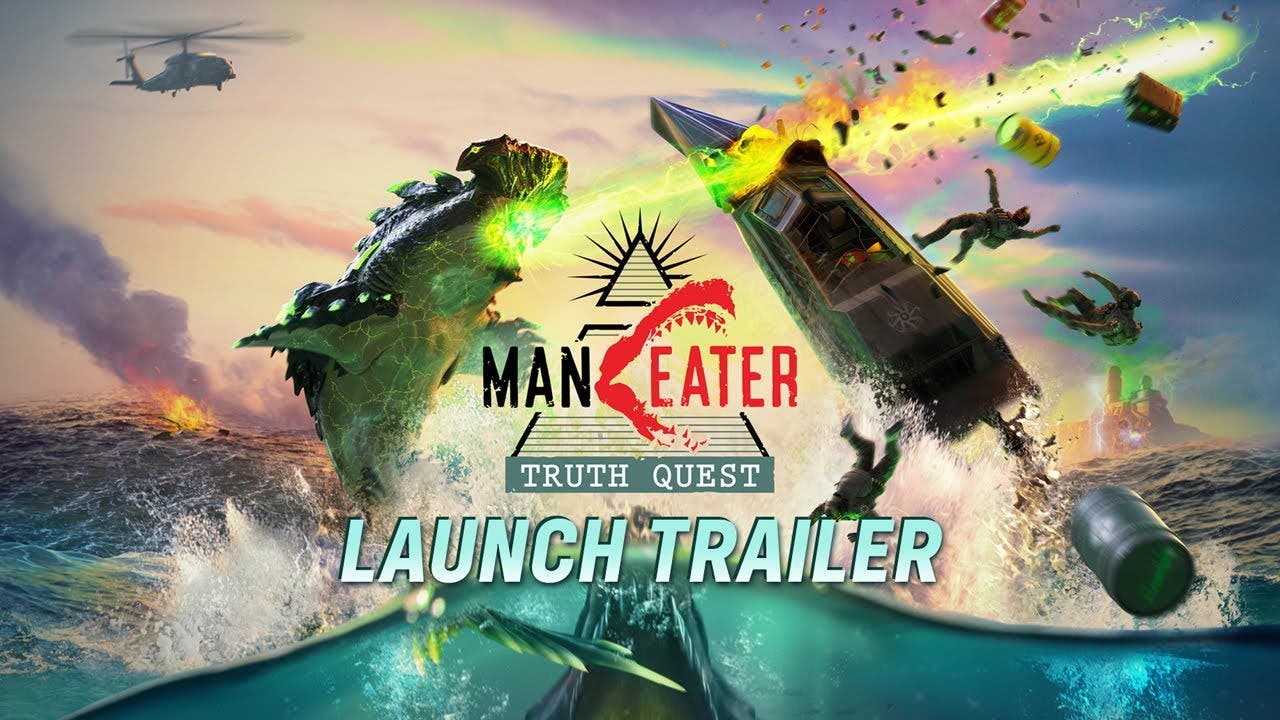 ROSWELL, Ga. – Aug. 31, 2021 – Developer and publisher Tripwire Interactive announced today the launch of Maneater: Truth Quest, the first downloadable content (DLC) for Maneater, the award-winning Action-RPG (shARkPG) where you play as a shark! Out now for the PlayStation®4 and PlayStation®5 computer entertainment systems, Xbox One, and Xbox Series X|S console systems, and PC (via Steam and Epic Games Store), the Maneater: Truth Quest DLC requires the completed base game, Maneater, to play, and is available for $14.99 / €14.99 / £12.99 MSRP with an ESRB rating of M for Mature, PEGI 18 rating, and USK 16 rating. Players looking for the best bang for their bite, can also look forward to the Maneater Apex Edition, which includes the base game, Maneater, plus the Maneater: Truth Quest DLC, available for $49.99 / €49.99 / £42.99.

Following the dramatic conclusion in Maneater, the titular and evolved bull shark protagonist and journalist/narrator Trip Westhaven return in Maneater: Truth Quest, an all-new adventure that takes players to Plover Island off the coast of Port Clovis – and comes packed with new evolutions, challenges, wildlife, and more! Players will once again take control of the apex predator of the sea to Eat, Explore and Evolve their way to the top of the food chain.

“The long wait is finally over! Over a year ago we launched Maneater, and the community response has been fantastic,” said Sean McBride, Creative Director at Tripwire Interactive. “The team has been hard at work and Truth Quest is finally here! With it, we have tons of new challenges, an entirely new area to explore, lots and lots of new things to eat, and evolutions to unlock. Find out what Scaly Pete was referring to when the locals talked about ‘Gub’ment Experiments’ lurking the waters of Port Clovis. Bring a tin foil hat, because you are about to swim deep down the rabbit hole of conspiracy and military coverups. Trip Westhaven is going to blow this whole thing wide open!”