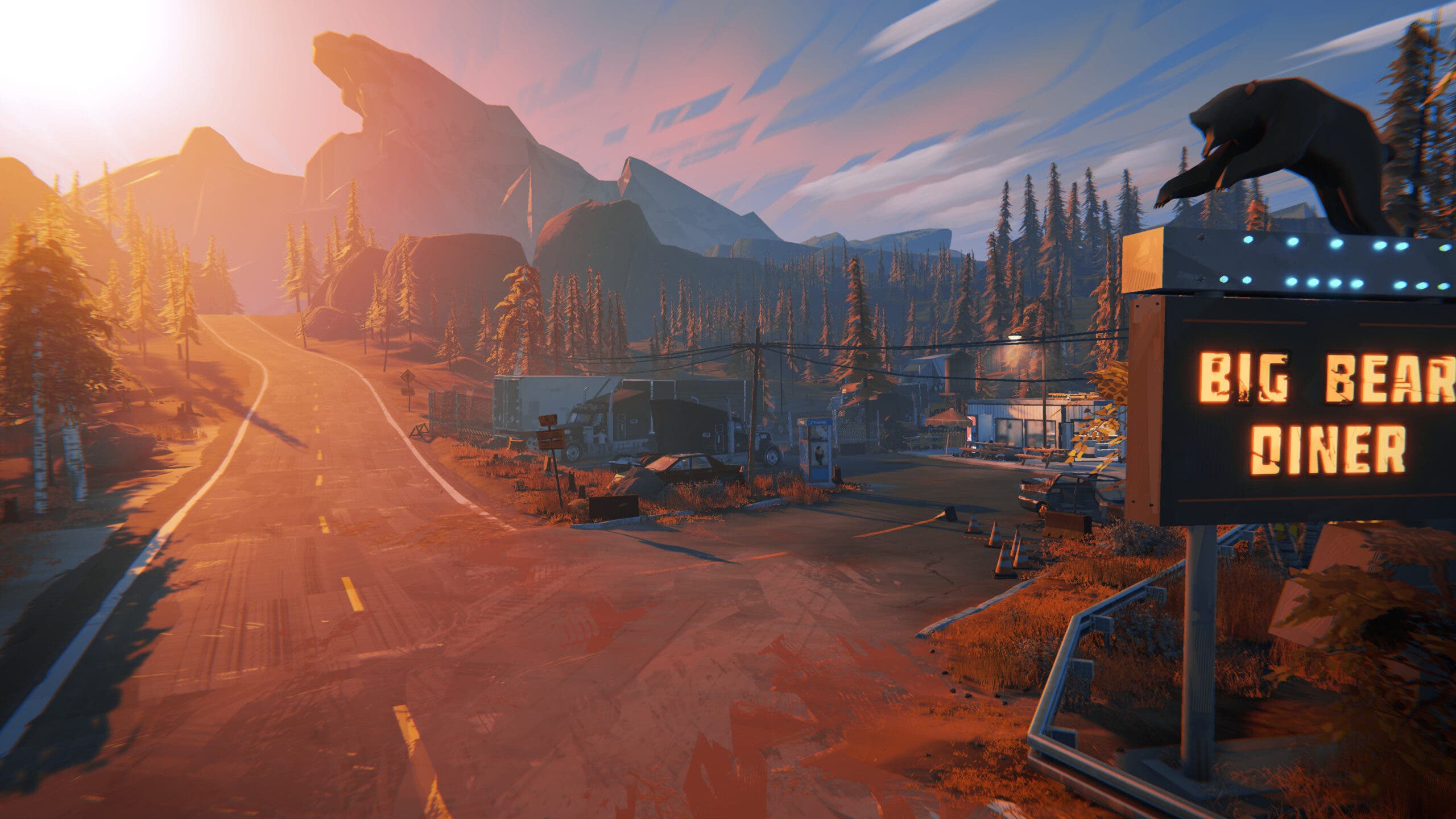 There’s nothing like a good road movie; the thrill of a journey into the unknown, the path of self-discovery that unfolds as the characters navigate unexpected challenges and are forced to confront the very things they’re running from; unique circumstances that could only arise while winging it from one step to the next on the way to the ultimate destination. It’s a formula that makes for good entertainment, when done well. DigixArt is trying something new with the genre in Road 96, using the road movie as a medium to explore themes of government oppression, resistance, and everybody’s favorite coming of age, and giving the player the ability to influence the outcomes of the story. 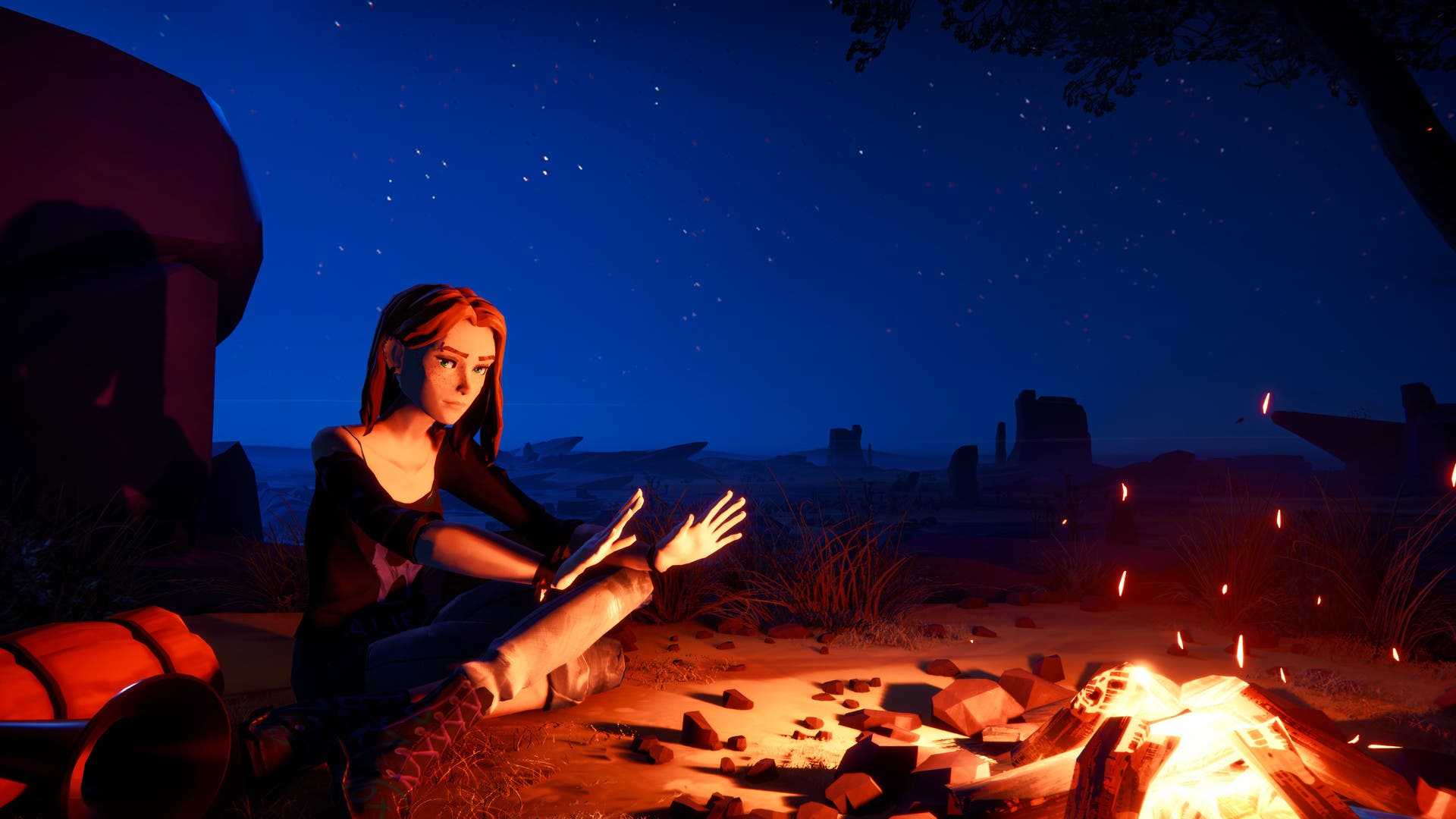 On its face, Road 96 is a game about teenagers trying to escape the nation of Petria, an authoritarian nation in the midst of an election cycle that looks and feels a whole lot like America but is also definitely not America. Petria is a nation locked in a cycle of control and government corruption at the hands of its “democratically elected” head of state, President Tyrak. It’s obvious pretty early on that the country is headed down an increasingly authoritarian path, and understandably teenagers are fleeing in droves hoping to find a better life elsewhere before they’re swept into the system. You play as several of these teens, all anonymized, and you follow each one you take control of on their journey to get to the border. It’s a grim setup and the stakes are high, as getting caught could land you in a labor camp or even killed.

The true nature of Road 96‘s gameplay though becomes apparent as your runs begin. Each run is made up of a randomized set of encounters, where you will meet and interact with one of the game’s main characters and learn more about their stories, struggles, and motivations. These small scenarios can impact your journey, that of the characters you meet, and maybe even the outcome of larger events taking place in the world. Most interestingly, the game decides which encounter you will receive next at each step of the game, so not only are there multiple routes through the story, but there are a huge combination of possible routes you can see, and none of them will be exactly the same as any other you take, or those taken by others you know who play. Every trip through Petria feels fresh and exciting, and it inspires that true sense of adventure that comes from hitting the road and not knowing what’s around the next bend. 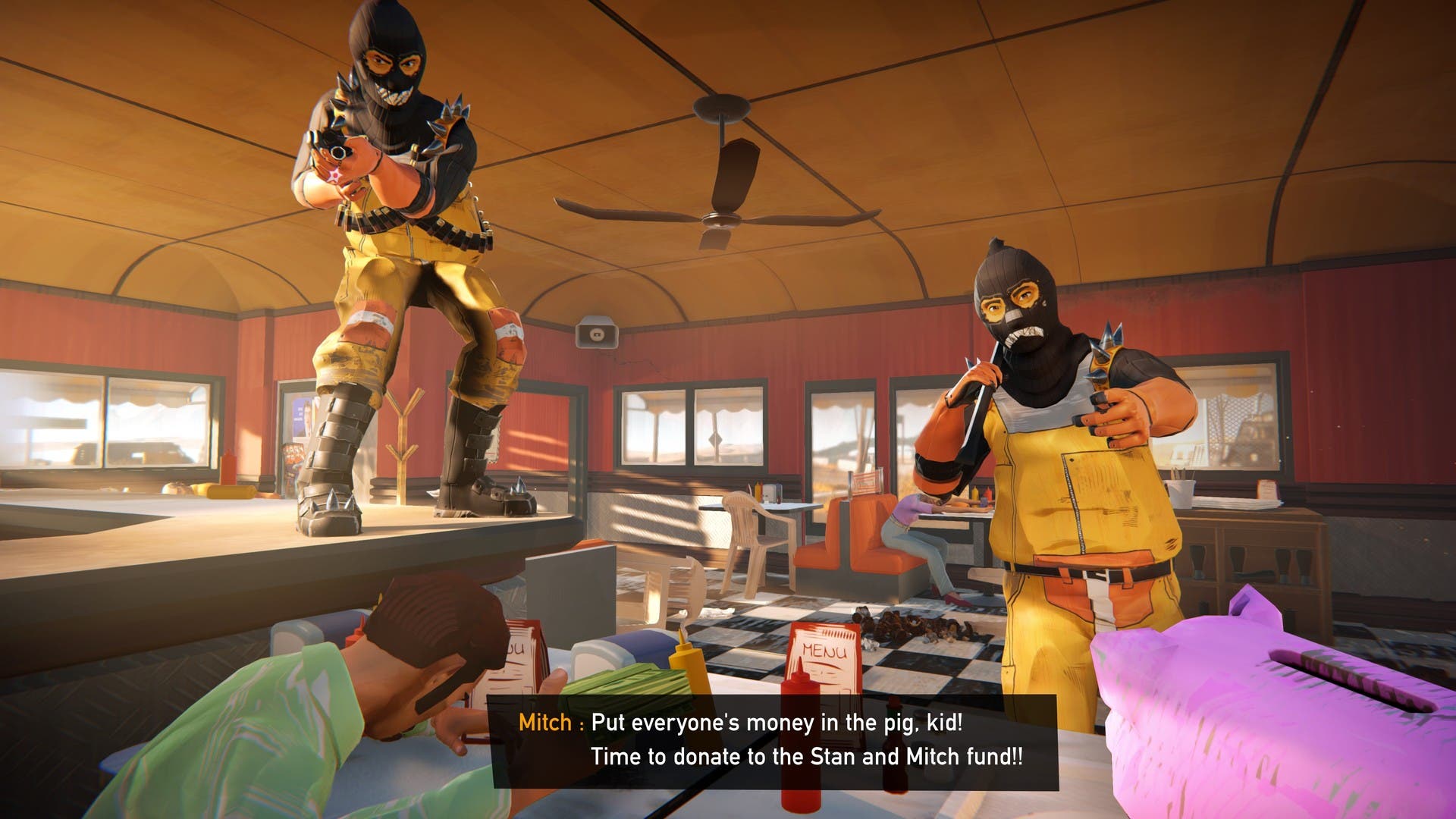 Many of the locales are charming places to stop off, and most of them are evocative of the American West, feeling lifted right out of places like Colorado, Utah, and California. You’ll hitchhike in semi trucks, steal money, food, or even cars to get by, sleep under the stars with other kids trying to find their way to safety, and aid bumbling burglars (willingly or begrudgingly) as they cause havoc to satisfy their own ends. There’s miles upon miles of sand and red rock, truck stops and gas stations, all of the iconic ephemera you’d expect to encounter on the long haul to the mountains, and it’s a weirdly satisfying space to play in. The pull to keep your journey going and see if you can escape competes with the desire to stay put and really soak up each place you visit, giving ordinary spaces the kind of attention you can only spare when you’ve been staring at asphalt for hours.

Playing Road 96 is largely about having conversations, and also making decisions. Any dialog choice that might push the needle on things like voter turnout or rebellion is marked with an icon so you know in advance what consequences might exist, and the game is quick to tell you that yes, making that remark about getting out will indeed have an impact, to the point where you can almost feel an invisible counter tick upward. This isn’t necessarily a bad thing, and I prefer it to the more cryptic “So and so will remember that” feedback, but Road 96 embraces its nature as a video game fully, eschewing the growing trend in narrative-driven games to aspire more toward cinematic standards. This works in service of the game’s mechanics and story integrating well with one another, though, and it helps empower you as a player to know and feel the weight of your choices. 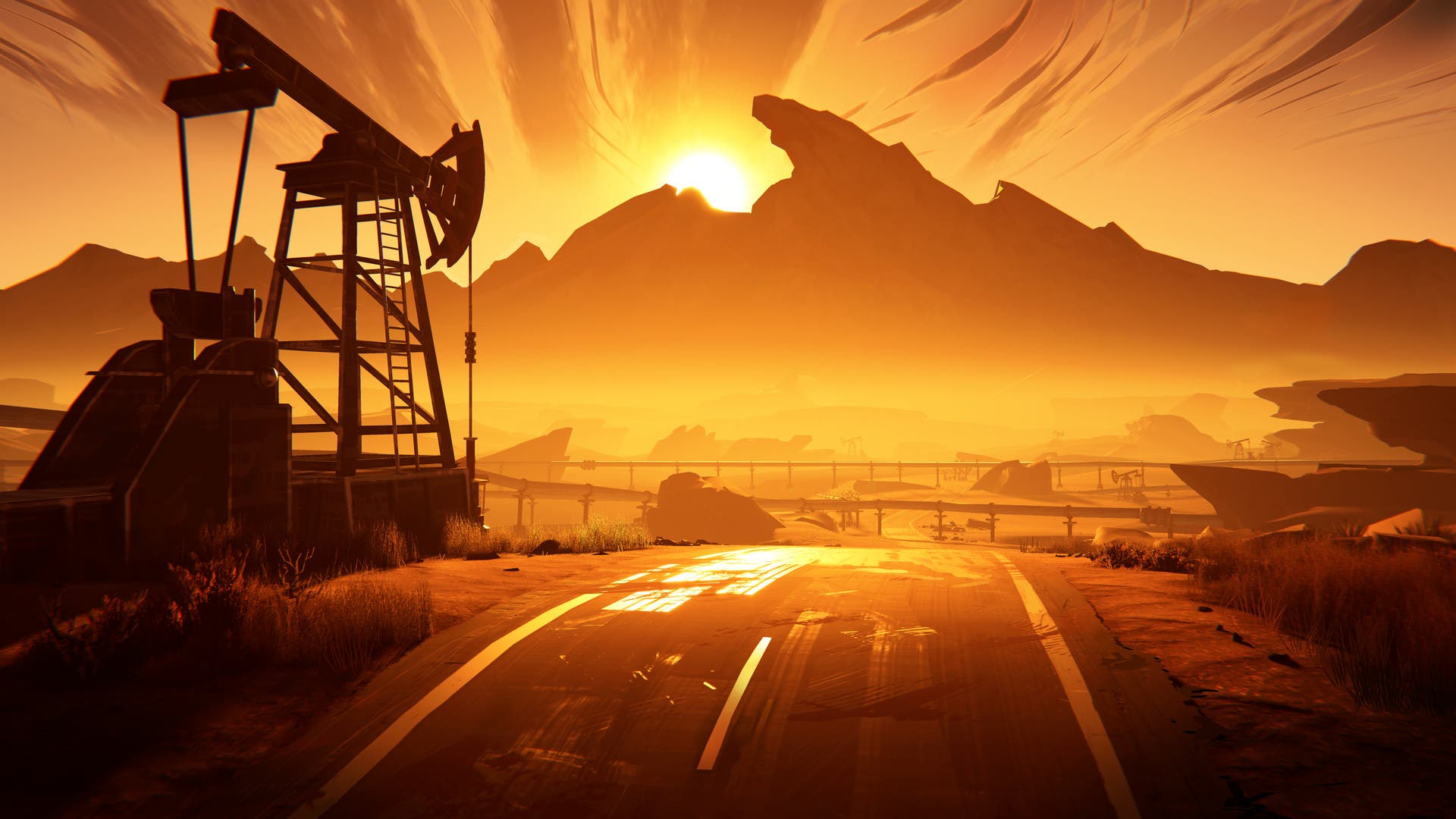 Eventually, after a series of escape attempts, your last teen makes it to the border and the culmination of all of those choices comes together to tell your specific version of the overarching narrative, and giving you closure on the outcomes you were either consciously pushing for or casually influencing without much thought. And that ending will more or less be yours, much like the rest of your journey through Road 96. There’s room for shared experience in discussions about the game, and you’ll hit similar plot points, but there are enough opportunities to differentiate your experience from those of your friends that everybody’s experience will feel unique for a variety of reasons. For all the games that have come before promising branching stories or multiple paths, I think Road 96 does a better job of actually delivering on this idea than most other games ever have. That success isn’t necessarily because there’s massively more variety on offer, nor because it is so open-ended, but rather because it’s smart about how it exposes and incorporates choice into the act of playing it, and the payoffs are strong enough to feel as though your agency wasn’t just an illusion.

Road 96 is a great deal of fun, and is incredibly charming. I came into it cautiously optimistic about the premise, and I have found myself delighted by its character, heart, and the way it depicts people and places with such love and attentiveness to detail. I don’t know whether it’s the next big thing in narrative games, but it delivers on most of its promises and offers an experience that truly feels unique among its peers. Plus, it’s a good old fashioned adventure of the kind that frankly I didn’t realize I’d been hankering for. It’s not a perfect game, but it’s a darn good one, and as with all good stories, the journey of playing Road 96 really is the best part.