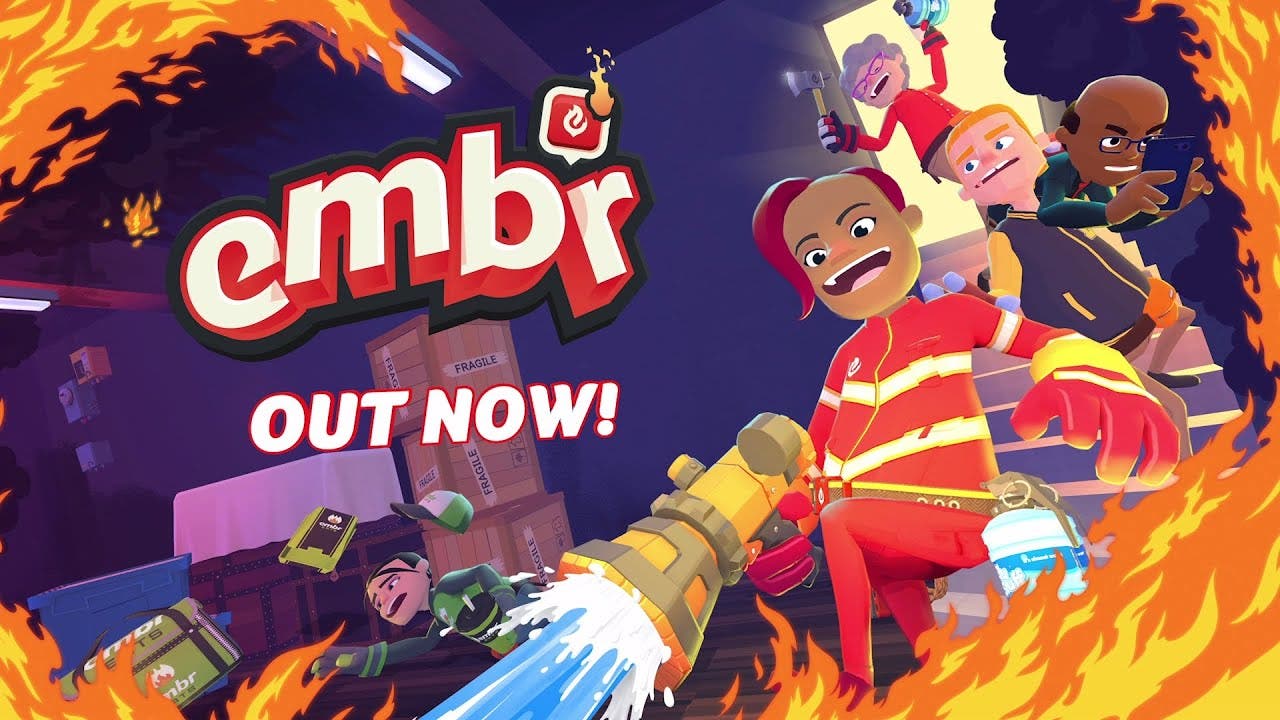 London, UK – Thursday September 23rd, 2021 – Ever wanted to burst into your neighbour’s home, douse it in jets of water, throwing said resident out of the nearest opening in the process, all in the name of heroism?

More than a year since it first made its Early Access debut, Curve Digital and Muse Games are happy to announce the frenetic firefighting multiplayer game Embr launches on PC, PlayStation, Xbox, and Nintendo Switch today.

For those taking their first steps into the world of for hire heroism, Embr is a marvellously manic multiplayer game where you and your friends come together to have a go at fighting ferocious fires and rescuing residents – if you consider tossing them out a third-floor window window “rescued”, that is.

Players can take on the game solo or work together in online teams tackling fire after fire to pick up tips from clients, earning the ever-so-crucial 5-star rating in order to collect cash, upgrade tools, and hopefully become the ultimate ‘have-a-go hero’ firefighter.

On top of that, players can also deliver takeout food on the fly with ‘Embr Eats’ and drop off explosive parcels as a ‘Box Box’ delivery expert, all before becoming a DIY safety engineer as a Gaslight Inc employee. In short, it’s the ultimate amateur adventurer experience.

“Here at Embr, we’ve revolutionized firefighting,” says Matthew Niederberger, Director of Embr at Muse Games. “Now you and your friends can step in, save lives, and earn yourself a little money on the side. Be sure to rescue all of your clients, their valuables, and crack their safe open, in order to earn that five-star rating, and keep your career going! We believe anyone can start a new career running into house fires today!”

Embr is designed for PS4 and Xbox One, but will run perfectly on PS5 and Series X|S. The game launches today on PC, PlayStation, Xbox, and Nintendo Switch for £17.99/€19.99/$19.99, and features crossplay compatibility between the PC, Playstation, and Xbox versions. Embr will also see a physical release on PlayStation and Switch tomorrow.