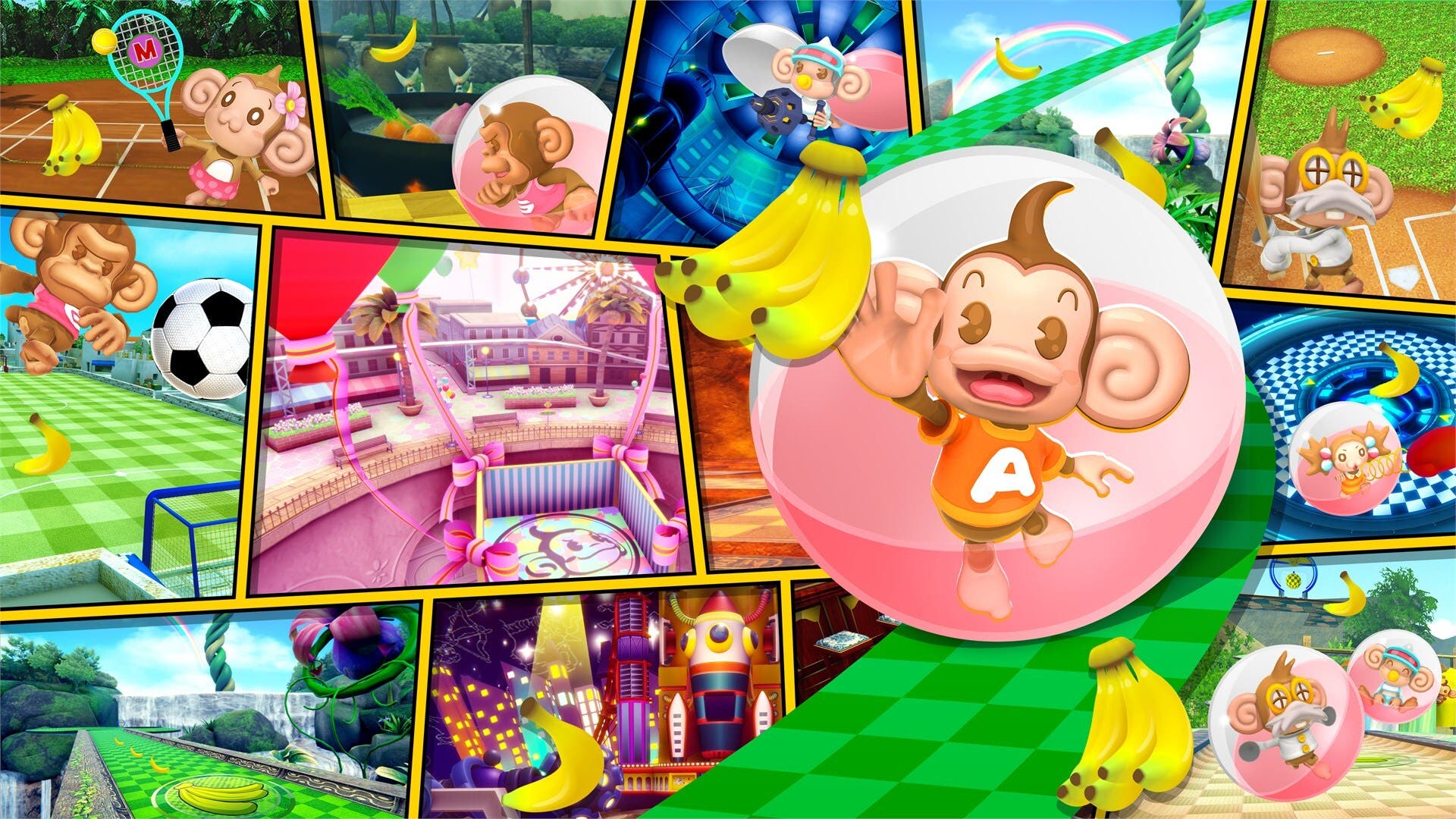 If you’re curious, the Super Monkey Ball formula still works in 2021. There’s something to the whole puzzle-challenge aspect that tingles the right nerves, keeping me playing for longer sessions than I anticipated. Banana Mania is a remastered bundle of the first two games with roughly 300 levels in all. Top that with additional game modes and unlocks; Banana Mania will keep you entertained for quite a bit.

If you’re unfamiliar with Super Monkey Ball, your goal is to get a monkey encased in a ball, not unlike a hamster, to the end goal posts. To do this, you have to tilt the stage in the right direction, letting gravity and physics roll your monkey there. If you’re familiar with how those old wooden marble mazes operate, then you know what you need to do in Super Monkey Ball. The challenge is three-fold, though: first, you have to navigate the stage without falling off. Second, you have to do it in the shortest amount of time. Third, you’ll want to try to collect as many bananas along the way. This three-tiered setup pushes you to do multiple retries of each level. Have you got to the end fast enough? Good, now try to collect all the bananas AND get to the end the quickest. Let’s not forget that leaderboards also play a part in getting you to try for better times. It’s cliché, but Super Monkey Ball is quite literally the essence of easy to learn, hard to master.

For the most part, Banana Mania sticks to this premise. You’ll run into some very simple early levels, being able to breeze right through them. But as the game progresses, these stages can get rough in both the completion and collection aspects. There were only a handful of times I felt any intense frustration with the game. Those happened to be on stages that felt more like you needed luck than skill. The one I remember most fondly was on world four, where you’re inside a whale. You have to use these launchers to hit yourself up a long cylinder where the goal is sitting. Oh, and the goal happens to be nestled on the side of the cylinder and rotation around it slowly. With the way the game’s physics are set up, I found myself launching up and then about halfway flying off the course. I sat there and attempted this stage for what felt like an hour. It was by chance that I had shot myself up and somehow “air-controlled” the ball to bounce on top of the cylinder and roll down the side to the goal. 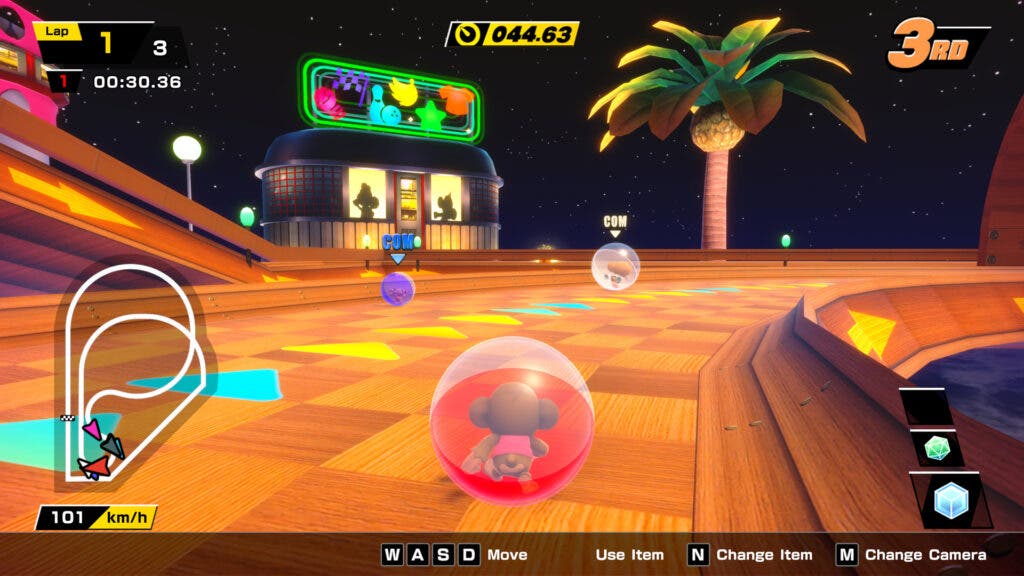 Luckily most of the stages did not have this level of frustration. If you find yourself in this predicament, though, Banana Mania includes a new helper feature that will allow you to slow down time and provide guide arrows to make your way to the goal. If time is your Achilles heel, the helper feature will also add some more seconds to your clock, giving you a needed breather. In relation, one thing they’ve removed from Banana Mania is lives. So don’t expect to pop back up on the course; you’re going to restart from the beginning. Unfortunately, it’s not a quick restart. Every time you begin the stage, you have to sit around for the rotating cutscene and stage name to finish playing out. They do let you hold down the X button to speed this up, but why not just give players a button to skip or, even better, one to re-plant you at the start of the stage with no intro? With a game like this, you want to get back to the action as quickly as possible to help you learn the path or tactics.

As you progress through the main story and challenges, you’ll earn points that can be used to purchase new content within the game. From new game features, additional modes, new characters, and even a variety of costume pieces for the primary monkeys to wear. You’ll want to earn those points so you can unlock everything. On top of that, Banana Mania lets four of your friends join in on the fun by rolling into the party mode with 12 minigames to enjoy. You’ll be able to compete in various challenges like Monkey Baseball, Monkey Bowling, and more. If you prefer to go solo through any of these modes, they offer that way to play.

Super Monkey Ball Banana Mania was a great dive into a franchise I haven’t touched since the GameCube. The gameplay felt tight, the challenges were challenging, and only a few times did the game ever give me controller smashing frustration. That said, there’s enough content here to keep a party of friends satiated, and a good onboarding system with the helper mode lets new players stick around for longer.