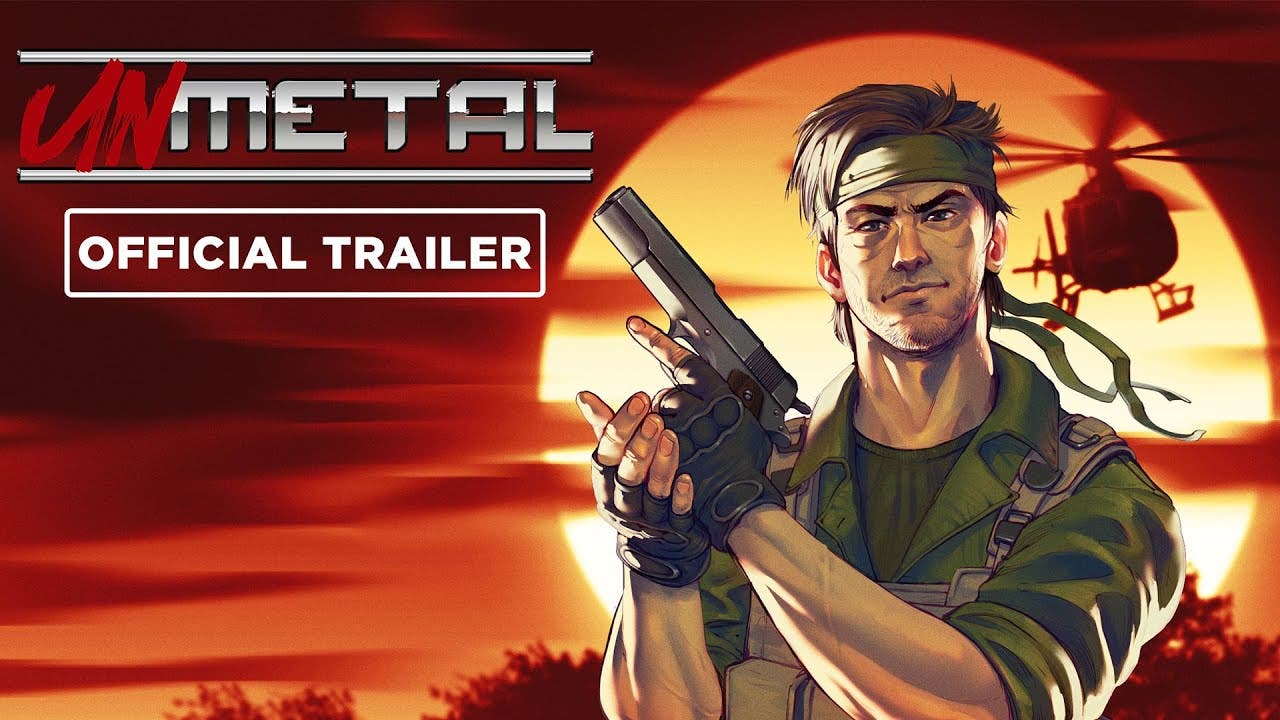 UnMetal is a 2D stealth/action game that takes place in 1972, players assume the role of Jesse Fox, a civilian inadvertently embroiled in an unplanned mission to prevent an attack on NATO. Shot down and incarcerated by a commando unit for a crime he didn’t commit (cue music), his new mission is to escape from the heavily guarded clandestine military base he now finds himself imprisoned in.

There’s always an inherent risk of death sneaking around military facilities you clearly have no business creeping around, in UnMetal both stealth and crafting play a major role as players progress through the myriad of levels doing their utmost to avoid detection. Players can combine found items like circuit boards,wire and even things like unscented,unpatterned single ply toilet paper via their inventory system in order to craft new items to assist their escape. Who would have thought mission critical items would also include a soldier’s glass eye and eye patch to make a slingshot?
Fully equipped with a sense of humor drier than a secret agents vodka cocktail, gadgets, and the ability to acquire military grade weaponry from easily distracted guards, UnMetal also gives a shameless nod to the games and TV shows that defined the 1980’s, because who doesn’t love it when a plan comes together

“There are so many great moments of my gaming and movie watching youth that still stick with me today. That’s why when we first got our hands on UnMetal, and got to experience the classic stealth and man vs vehicle combat action, we couldn’t put it down. Already labelled by the press as a parody of Metal Gear Solid, with sharp witty writing that can challenge most 80s action movies, UnMetal is that game you have been wanting to play, but just didn’t realize it… until now.” Said Steve Escalante, General Manager of Versus Evil.

You can start your own escape on all the major console stores from today, and UnMetal is also infiltrating Steam, GOG, Epic Game Store, Humble Store, Gamesplanet., VersusEvil.com and all other approved Versus Evil PC retailers.

For more information on the game check out https://versusevil.com/unmetal/