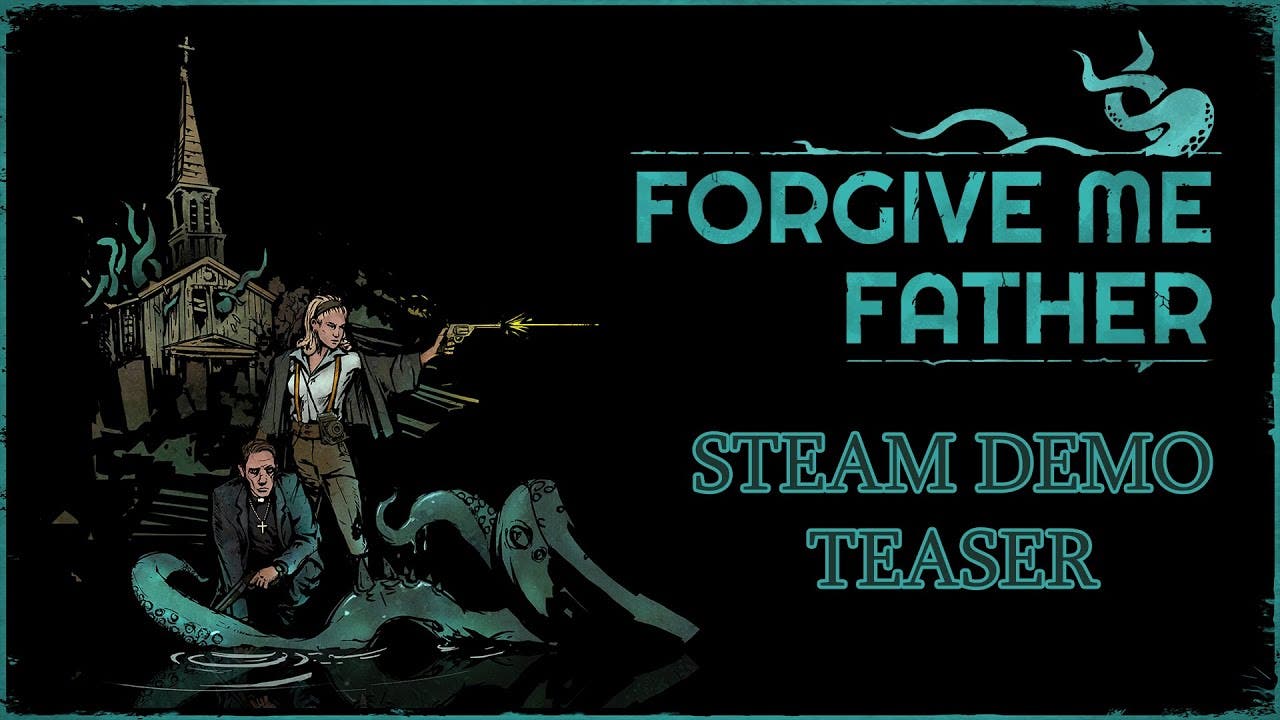 Prague, Czech Republic – October 5, 2021 – Forgive Me Father, the dark retro horror FPS inspired by Lovecraft’s novels, will launch into Early Access on October 26th, 2021 on PC via Steam, GOG, and other digital stores! Eradicate eldritch hordes and attempt to stay sane in a hand-drawn world where every second looks ripped out of a comic book.

For those who would like to get a quick taste of horror and madness before the game releases in Early Access as well as get a chance to win the full game for free, you can do so by downloading the demo version of the game that is available right now and until Thursday October 7th, 2021 as part of the Steam Next Fest! More details about the competition can be found here.

As the only one with full senses, you begin a journey in search for answers and relief in this FPS game created in a distinctive retro comic horror style straight from Lovecraft’s books. Be aware of your madness level which dynamically changes during the gameplay and gives you additional power. Use your active skills depending on your play style to fight against the internal evil! How long can you last?