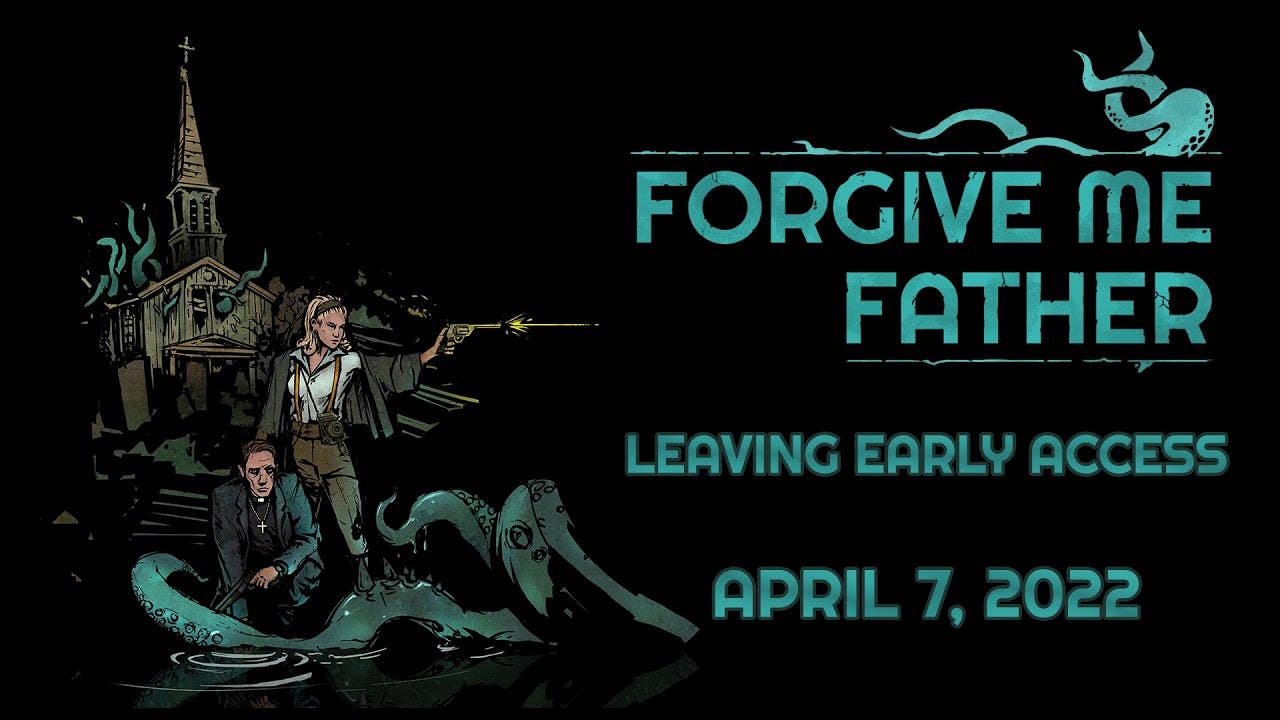 Prague, Czech Republic – March 15, 2022 – Forgive Me Father, the dark retro horror FPS inspired by HP Lovecraft’s novels, will leave Early Access and launch into its full version, increasing the amount of levels by more than 50%, introducing a new playable character and much more. This full version lands on April 7th on PC via Steam, GOG, Epic Games Store and other digital stores.

Choose between a Priest or Journalist character and become the only sane person left in a world gone mad. Embark on a journey in search of answers and relief and explore this Lovecraft-inspired world that is full of hidden and hard to reach areas, in which you uncover the entire story to solve the mystery of this crazy place. During this journey you will upgrade your character and weapons, using your many active skills and even the creeping madness itself to defeat hordes of sanity-defying monstrosities.

Forgive Me Father is now available in Early Access via Steam, GOG, Epic Games Store and other digital stores for 19.99 USD / 19.99 EUR / 17.99 GBP with the 1.0 version planned to launch on April 7th, 2022. For more information, add the game to your Steam wishlist, visit the official 1C Entertainment website or follow them on Facebook, Twitter and/or Steam.