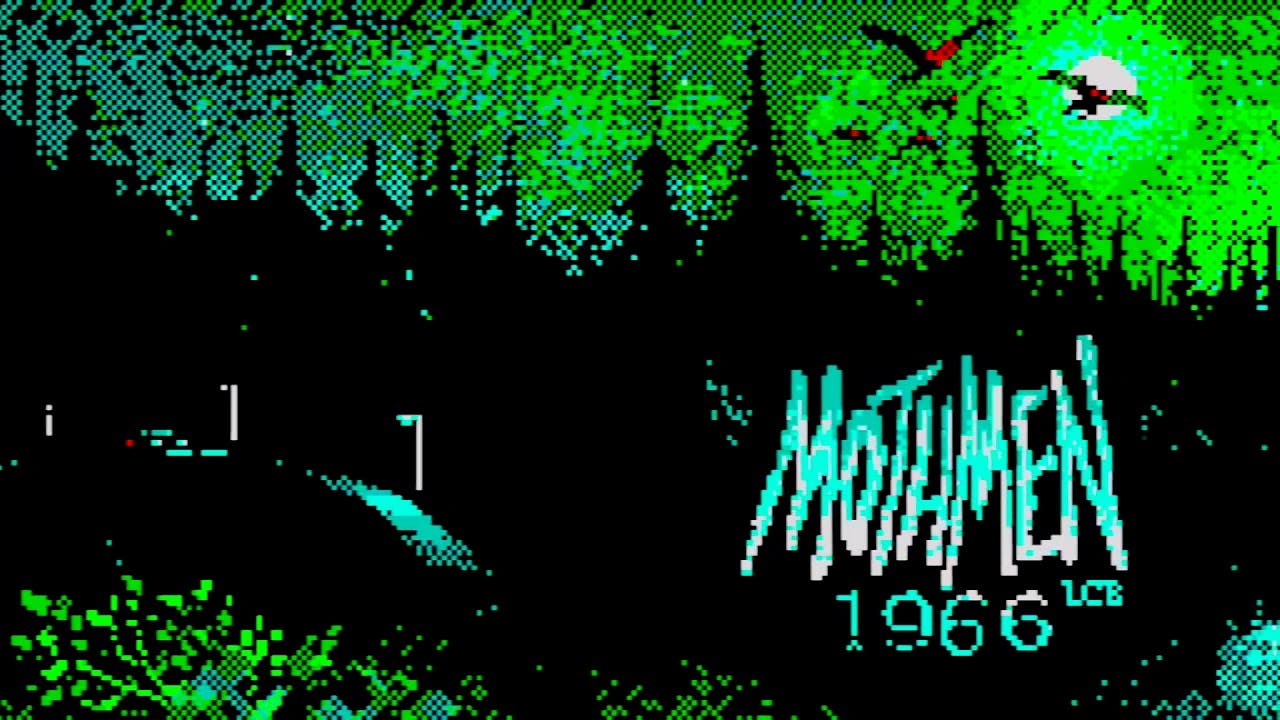 Buenos Aires, Argentina, 5 October 2021 –– In early 2022, the two-person team at Argentina-based LCB Game Studio, and publisher Chorus Worldwide are releasing Mothmen 1966 on PC, PlayStation, Xbox, Nintendo Switch, Mac, and Linux. Mothmen 1966 is a tale exploring the strange happenings of the Leonid meteor shower of 1966 and how it is connected to sightings of the human-sized, red-eyed winged creatures of the night.

Mothmen 1966 will be the first of a trilogy of Pixel Pulp visual novels, all releasing next year on PC, consoles, Mac, and Linux. A genre coined by the studio themselves, Pixel Pulps are fast-paced, beautifully told, and gorgeously illustrated visual novels inspired by the pulp fiction of the mid-20th century and 80s home computer graphics. Featuring cults, monsters, cryptids, crime stories, lost civilizations, and more, the Pixel Pulps series is a love letter to pulp fiction.

In Mothmen 1966, you follow Lee, a college student taking his girlfriend on a seemingly perfect date to watch that evening’s once in a lifetime meteor shower. At Holt’s gas station, the spot of all spots to take in the wonders of the night’s sky, Lee meets Lou Hill, and his life is forever changed. Lou is a writer investigating the potential link between the meteor showers, and the quite impossible but utterly captivating reports of sightings of human-sized winged creatures with glowing red eyes, known locally as the “Mothmen”.

In this frenetic, visually stunning interactive story, you will attempt to uncover the truth about a real-life legend, one that continues to baffle true crime and horror fans worldwide. Developed by novelist Nico Saraintaris and artist Fernando Martinez Ruppel, Mothmen 1966 is the first of three Pixel Pulps releasing in 2022. Further details on these exciting titles will be announced next year, in the meantime wishlist Mothmen 1966 on Steam: https://store.steampowered.com/app/1755030/Mothmen_1966/

Lastly, Mothmen 1966 will be attending the UK’s biggest gaming event, EGX 2021, at the ExCel in London between 7-10 October. If you are heading to the event, be sure to stop by and check out the game’s demo. Find out more about EGX 2021 here: www.egx.net. Not going to be at EGX? Don’t worry, the demo will also be live on Steam during the event.