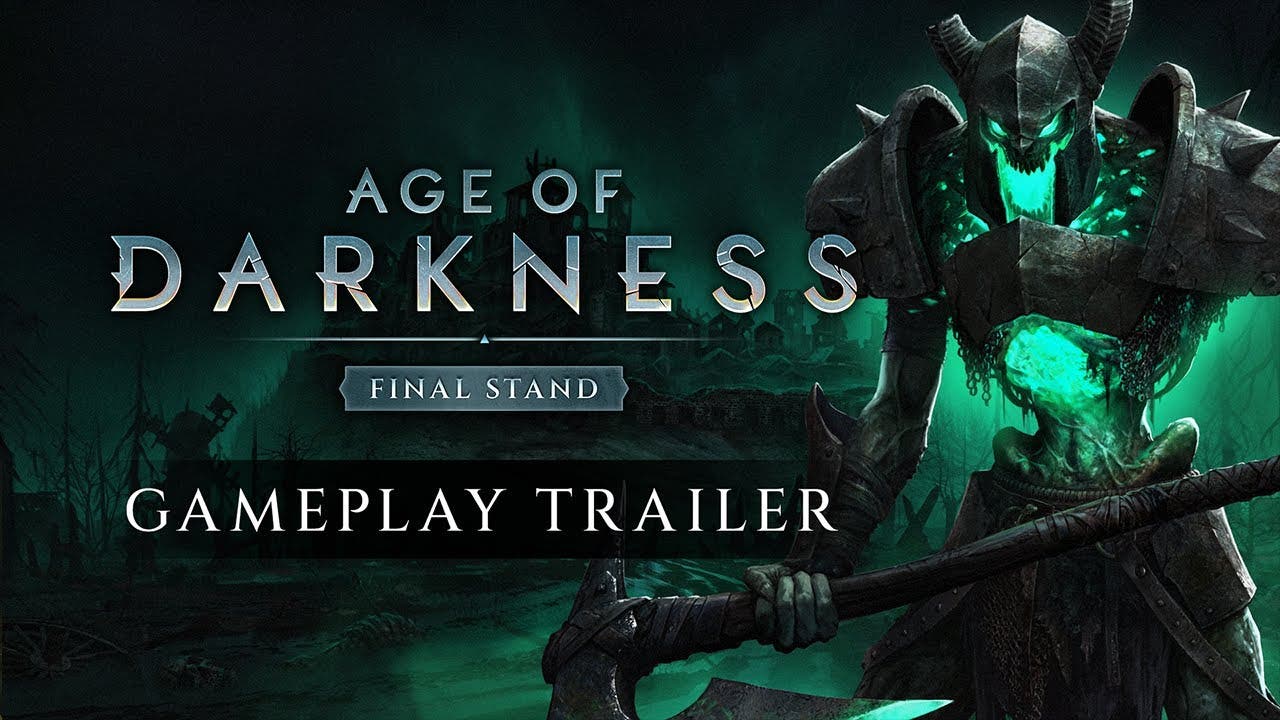 Thursday, 7th October 2021 – Team17 and PlaySide Studios have today launched the survival real-time strategy game, Age of Darkness: Final Stand into Steam Early Access. Set in a dark fantasy world with the last vestiges of humanity fighting for survival, Age of Darkness: Final Stand features proprietary SwarmTech technology to render over 70,000 enemies – the Nightmares – that attack humanity’s last known stronghold. Surrounded by The Veil, a deadly procedurally generated fog of war that conceals Nightmares and drains the very lifeforce from anyone brave enough to venture through it, the final enclaves of humanity must survive a series of five Death Nights, waves of attacks with an exponential number of Nightmares to overcome, so hope can endure.

Each Death Night brings with it ‘malices’, random gameplay modifiers such as reduced range of defence towers or even trained units leaving training halls as Nightmares, which test humanity’s strategies for survival. Meanwhile, mighty Heroes bring with them unique abilities that can help strongholds hold back the Nightmares during the night. Today’s launch sees Edwin, wielder of the flame, become humanity’s first hero. A champion of close-range combat, Edwin harnesses the power of fire to unleash such abilities as Crackfire – an explosive area of attack – and Enflame, which imbues his blade with flames for further attack prowess.