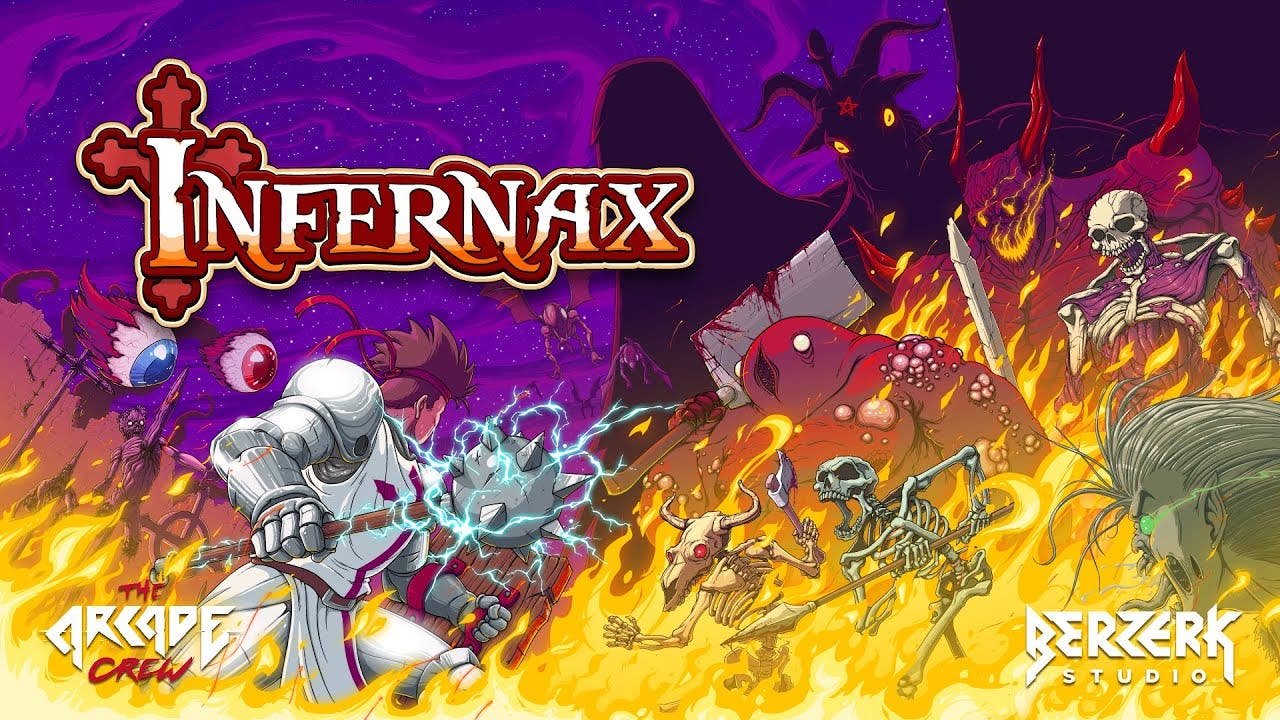 Infernax is a side-scrolling adventure that channels Castlevania and Zelda with weighted decisions, coming early next year to console and PC

Infernax follows Alcedor, a famed knight who discovers an unholy magic has spread throughout his land while he was away. Armed with a skull-splitting mace and a trusty shield, Alcedor vows to obliterate the grotesque beasts roaming his home in an epic side-scrolling quest recalling the essence of classically difficult action adventure games. Watch Alcedor crack demons open and scatter their innards like meat confetti in today’s new trailer: https://youtu.be/0RDRJG79e5w

Alcedor gains experience and gold vital for obtaining powerups as he slaughters foes, leveling up stats and earning new skills and weapons to help paint the screen red with blocky splatters of blood. Morality-testing decisions made during his quest prompt consequences later in the adventure and influence which of the game’s multiple endings players witness. Infernax’s open world-style design is packed with secrets awaiting discovery by its most kickass players, offering a satisfying reward for those skilled enough to endure a brutal challenge.

To equip the latest updates on Infernax, bash over to https://www.infernax.com/, wishlist the game on Steam (https://store.steampowered.com/app/374190/Infernax/), and swing a mace at @TheArcadeCrew and @berzerkstudio’s follow buttons on Twitter.