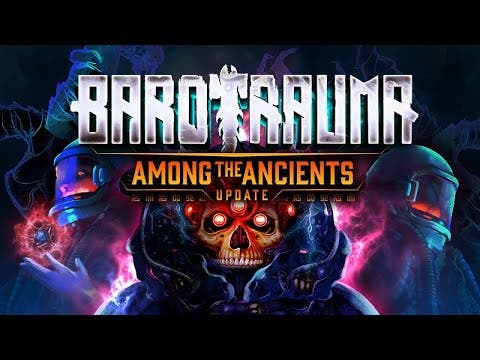 Hamburg, October 28th, 2021 – Barotrauma, the ever-evolving sci-fi submarine survival sim, celebrates a brand-new update, making its characters more diverse both from the outside and the inside. The alien ruins below the frozen sea also received a complete overhaul to make exploration even more disturbing.

Barotrauma characters are getting a visual overhaul with many new hair styles, facial features and accessories. Skin tone can now also be changed, thanks to the implementation of a skin shader system. While character animations and proportions are now more realistic, they still retain their trademark ragdoll appearance and movement for maximum viewing pleasure. Characters are also getting a makeover of their inner values: The new talent system gives each class specific talents and buffs that can be unlocked with experience points. This makes classes more distinct and valuable and each player can shape their own character more freely.

As soon as players have spruced up their characters, they can go on a trip into the redesigned alien ruins. The last remnants of a civilization before the arrival of humans have been visually overhauled and now have a distinct and creepy look. The procedural generation has been improved to make for larger complexes that are more fun to explore. Therefore, ruins feel more alien than ever before: The Fractural Guardian patrolling the ruins has a new look and behavior, using a harpoon and a steam cannon to get rid of trespassers. The new Swarm Feeder is looking for blood and the Gravity Sphere and Ruin Vent add new effects to the mix.

Barotrauma is available on Steam for PC, Among the Ancients is live now.