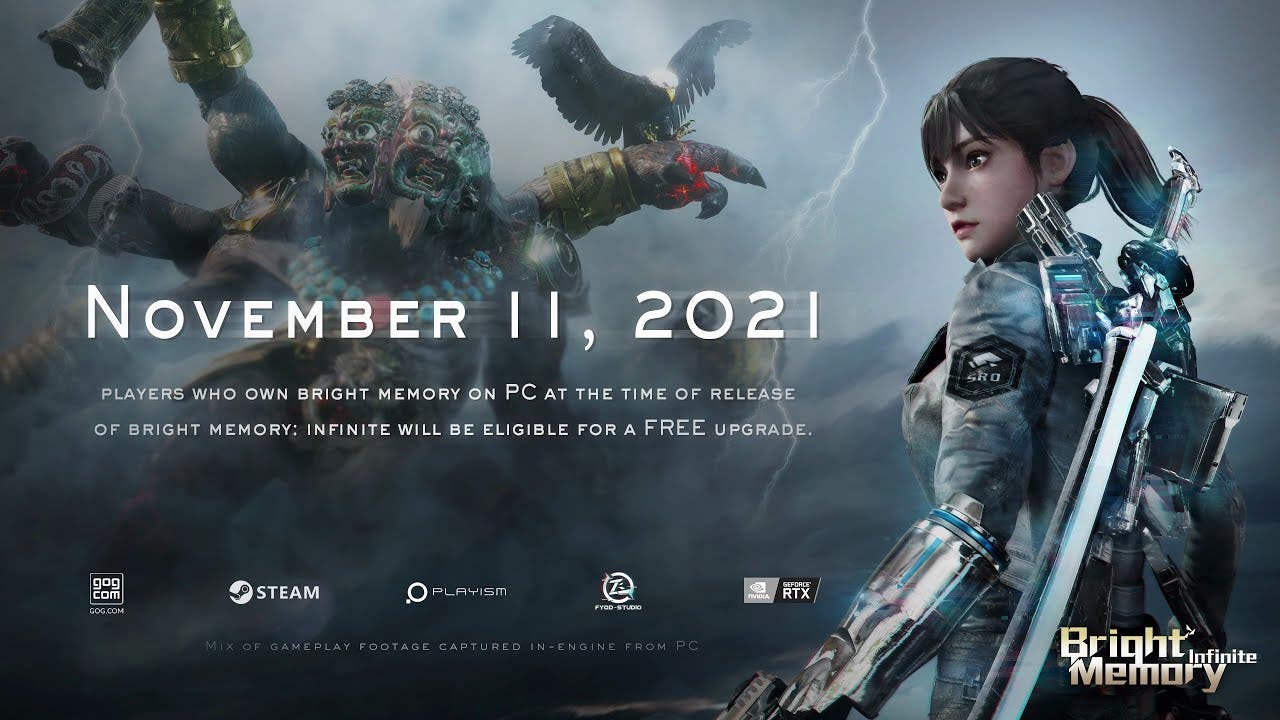 Bright Memory: Infinite expands on the visceral combat experience of its prequel Bright Memory, which thrilled hundreds of thousands of players on Steam and Xbox Series X|S. Utilize guns, blades, and special abilities altering time and gravity to slay mythological beasts and futuristic soldiers in brutal fashion and rack up dazzling combos in the process.

Slice off enemy limbs then deploy new wall-running and blocking techniques. Use each weapon’s new special effect with the last bullet, such as tracking missiles or incendiary bombs, and leave no foe in one piece. Upgrade protagonist Shelia’s weapon proficiency and skills with a detailed skill tree, enabling a highly-customizable combat experience.

Strange phenomena take over the skies of China on Chinese New Year’s Eve in 2036. Shelia, an elite investigator at the Supernatural Science Research Organization, receives orders to investigate the phenomenon. It is soon discovered that these strange occurrences are connected to an archaic mystery – an as-of-yet unknown history of two worlds, about to come to light…

“Bright Memory: Infinite is the culmination of years of work to prove just what indie developers are capable of,” said Zeng, indie game developer, FYQD Studio. “I look forward to blowing fans away with an experience that’s not just good-looking, but incredibly fun.”

Bright Memory: Infinite will be available on Steam and GOG for PC for $19.99 on Friday, Nov. 12. It will support English and Japanese voice and text, and Simplified Chinese, Traditional Chinese, Latin American Spanish, German, French, Russian, Brazilian Portuguese, Italian, and Korean language text.
In addition to the main game, the soundtrack featuring tracks composed by Emperia Sound and Music and cosmetic DLC will also be available for purchase at release.

Players who own Bright Memory on Steam or GOG before Nov. 11 will be eligible to receive a free copy of Bright Memory: Infinite.