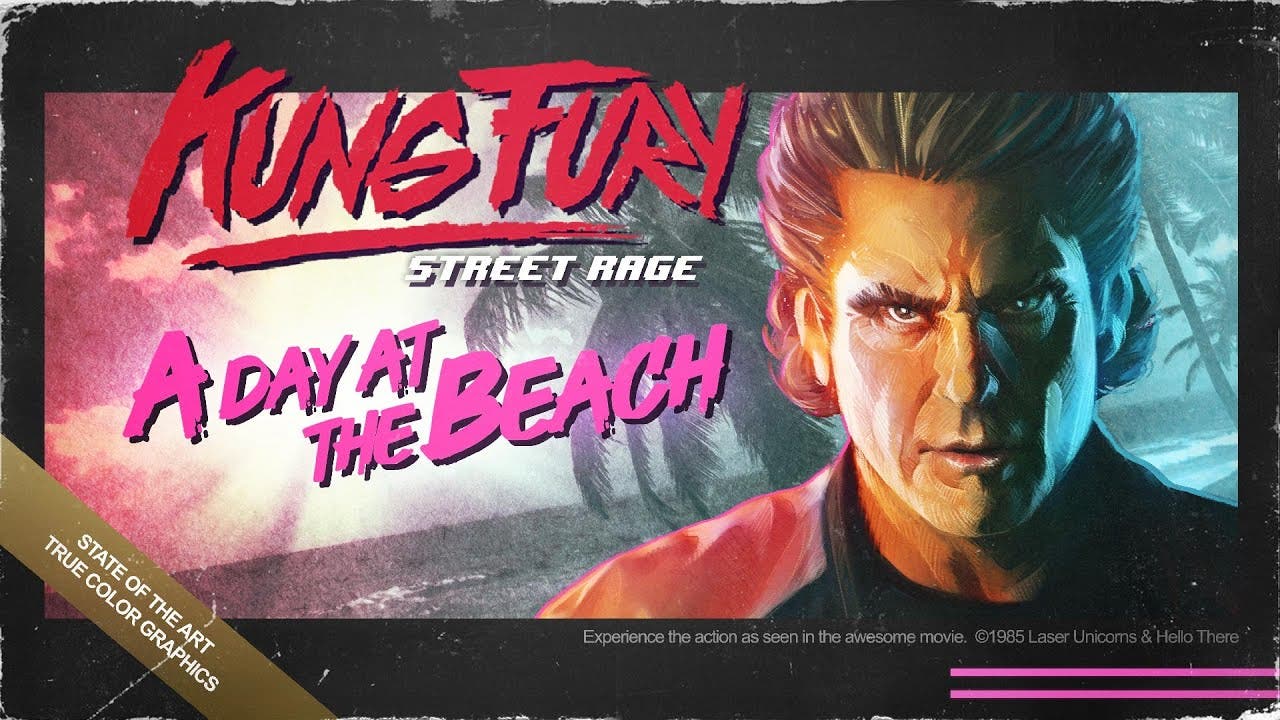 Expansion for Kung Fury: Street Rage features David Hasselhoff in “A Day at the Beach”, out now

Gothenburg, Sweden – November 13th, 2021 – Hello There Games and Aurora Punks are delighted to announce that Kung Fury: Street Rage is back with a new expansion, “A Day at the Beach”. Play as the legendary David Hasselhoff and kick nazi butts with a friend in the brand new Co-op mode!

“This release is close to a full new game. With so many new features I think it’s fair to say that Christmas came early this year,” says Oskar Eklund, CEO of Hello There Games.

“Since the original release, three features have been on the top of our players’ wishlist; Fully free classic brawler movement, Co-op and making Hasselhoff a playable hero. We’re extremely happy and proud to be able to deliver all of these, and more,” adds Annette Nielsen, the game’s Creative Director and Art Director.

About A Day at the Beach

The third installment of the Kung Fury beat‘em up saga brings you the heaviest punch in the history of Nazi-beating! David Hasselhoff as a playable hero! 2-player co-op! Brand new stages!

Hasselhoff joins the fight as a new playable hero!

Pummel your way through a new blazing stage:

The original epic introduction to the eternal KUNG FURY beat ’em up saga quickly became popular among fans as a true retro arcade-style action game.
With the new A Day at the Beach Expansion, the base game has received a major update! Notable new features are the stage selector with completely new stages, and a sandbox tutorial for new players!

About The Arcade Strikes Back Expansion

The Arcade Strikes Back expansion contains the same epic story with voice acting by the original Kung Fury movie cast and boss fights as previously. It is available for free to all owners of Kung Fury: Street Rage!

Watch the movie for free here!