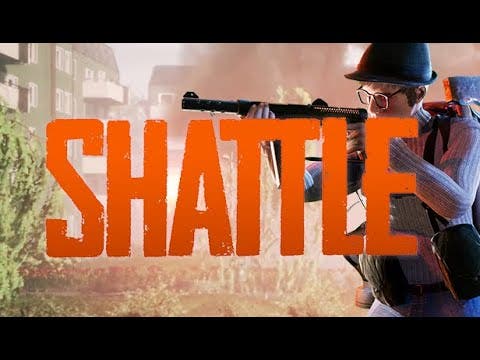 Boden, Sweden – November 15th, 2021 – Sweden-based developers 5 Fortress have just debuted their PVP survival game Shattle, a 25 players closed combat survival game with a unique setting! It’s the year 1970 in Sweden, and the Cold War is upon us. None of the thousands of bomb shelters have been used, until now. You and 24 other players start in separate apartments as air-raid sirens go off. You don’t have much time so gather as many supplies and weapons wherever and however you can. What gear can you find? What supplies can you craft? Who can you trust?

“Our development process is based on constantly working with players who know this genre inside and out,” said Emil Sandberg, CEO at 5 Fortress. “This way, we are creating an experience that players not only want to play but at the same time immerse themselves in a foreign period and setting with the 70s and cold war Sweden. The atmosphere, level design and era-friendly equipment lead to a lot of chaos, which inevitably, leads to a lot of fun.”

Shattle will launch in early access early next year but you can already sign up for the Closed Pre-Alpha on the game’s Steam page: https://store.steampowered.com/app/1730580/Shattle/

Shattle will be available in 2022 and you can already sign up for the playtest on the game’s Steam page: https://store.steampowered.com/app/1730580/Shattle/