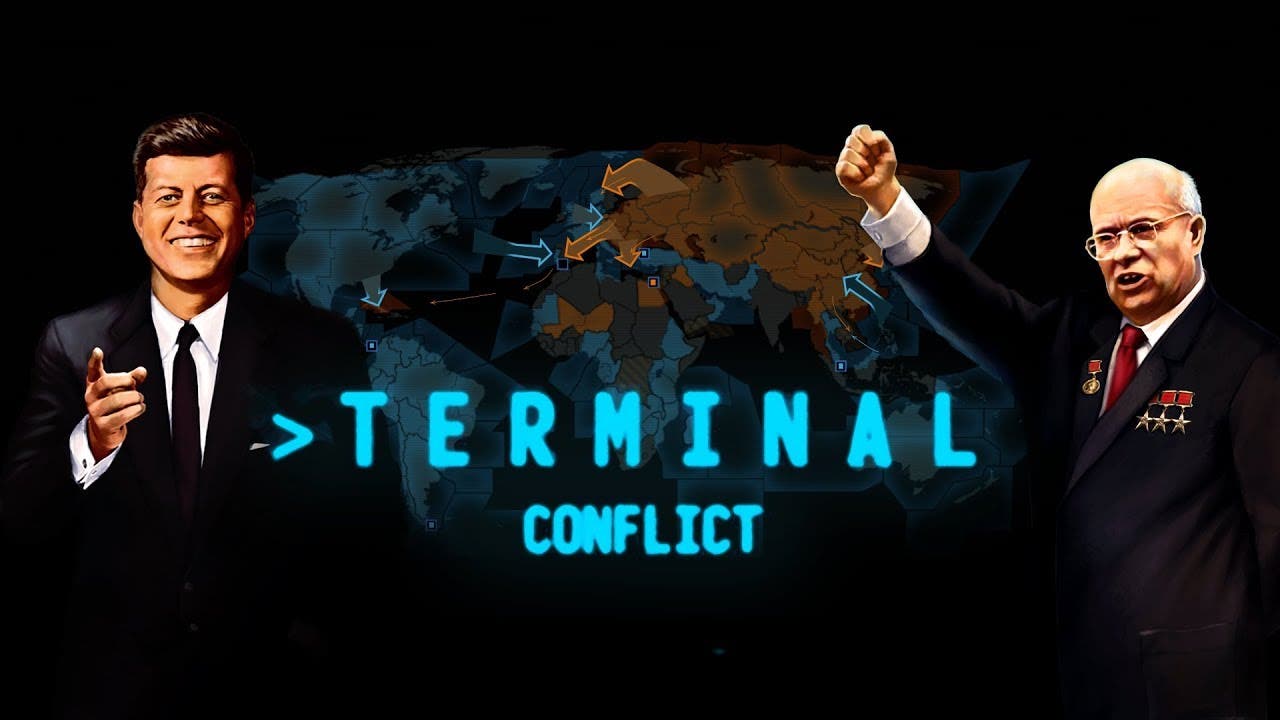 Linköping, Sweden – September 24th, 2020 – Independent game developer Strategy Mill and its studio partners are proud to announce that they have hit the big red button and fired its turn-based strategy cold war title Terminal Conflict out of Early Access and into full launch. Played out as either a single or multiplayer turn-based game, Terminal Conflict puts its would-be combatants in command of the two most powerful factions of the 1946 to 1991 era – the Soviet-led East and the American-led West.  The future of humankind hangs in the balance as players must deploy all strategic options at their disposal, be they economic, intelligence, diplomatic or military all while keeping a close eye on the game’s Doomsday Clock.

Guided by the MIRVIN AI, an authentically rendered retro-computer terminal, players take control of their chosen faction and put their tactical skills to the test as Terminal Conflict’s commanders. Whether it’s the Cuban Missile Crisis or the outbreak of the Vietnam War, the objective remains the same – to prevent the enemy from gaining global domination and secure victory by any means. This includes regional and global domination or by winning the space race, as players extend their influence beyond Earthly boundaries.

Once they’ve chosen a faction, Terminal Conflict enables players to recruit over 40 iconic Cold War leaders into their cause.  Each leader has a distinctive playstyle that can turn the tide of war. These include China’s Mao Zedong, whose Great Pillar of Asian Communism ability increases the player’s influence in mainland China while Yugoslavia’s Marshal  Tito, can solidify influence for the Eastern Bloc shoring up defences in Europe at the meagre cost of him getting his way in the Balkans.

Designed to be the most accurate reflection of the Cold War, Terminal Conflict gives armchair generals unprecedented control over all strategic aspects of their campaigns. It is a careful balancing act that commanders must master as they attempt to seize victory while not overtly upsetting the political knife-edge of peace and nuclear war on which the world rests. A war that could desolate the planet. To achieve this commanders’ have at their disposal choices like sending CIA agents into enemy territory undetected, gunboat diplomacy with military manoeuvres or expanding the sphere of influence through diplomatic means.  Across over 124 regions in 10 theatres of war, from the hostile conditions of the Arctic to the jungles of South America, players have a truly global scope.

To evolve gameplay and enable new challenges, developer Strategy Mill provides players with formidable tools to support modding and customisation. This includes a powerful in-game editor that allows players to construct scenarios for different geopolitical struggles or to reflect their alternative vision of the Cold War. In Terminal Conflict, players have complete freedom to tear down the wall and re-write history.

Terminal Conflict is available to buy on Steam for $29.99/£22.99 with the Supreme Commander, Flower Power and Eyes Only Upgrade Packs available for purchase as additional content or as part of the Flower Power bundle. Extra content does not provide an unfair advantage in multiplayer. When connecting to a player with a higher tier DLC, the game for both players will always play the highest DLCs available.