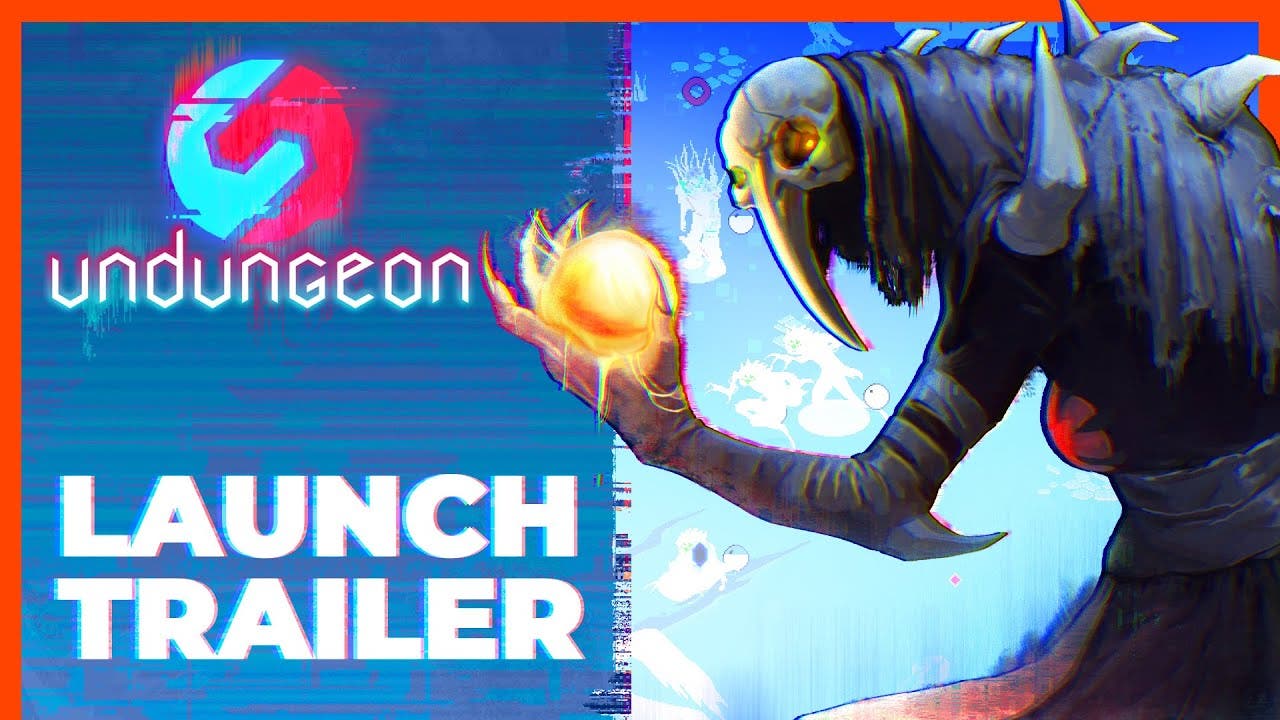 18 NOVEMBER 2021 – The much anticipated cosmic action-RPG Undungeon is out now. From the minds of developer Laughing Machines and publisher tinyBuild, the fast-paced interdimensional adventure can be purchased on Xbox One/Series X, and PC via Steam and GOG.com, as well as available now for Games Pass players.

As the land slowly crumbles into the encroaching void of space, only the Heralds – meticulously designed creatures hand-crafted by god-like beings – stand between all remaining life and total destruction. Combining elements from story-driven RPGs alongside frantic rogue-like upgrades, Undungeon offers PC and Xbox players a vivid tale of trials, failures, and hope.

A universe of alternate worlds have collided into one, creating a cosmic catastrophe. Unpredictable creatures have suddenly burst forth, tearing apart local settlements of survivors desperately trying to piece together their homes. As a Herald, a being designed to restore order to the cosmos, it is your job to break apart these joined lands, and piece the earth back together once more.

In their journey, players will curate the perfect Herald for their playstyle. Customisable from the very beginning, Heralds can be altered from the inside out – as players collect not only new equipment and abilities, but lungs, brains and hearts. These champions can be designed the ground up, to adapt and thrive in these new, unforgiving lands, rendered in a gorgeous, expressive pixel art style.

With the a sleek, engrossing cosmic world and in-depth RPG dialogue and history to get lost in, players will have to foster alliances, take tactical risks and forge their path towards a new multiverse – however they choose to create it.

“Creating Undungeon was an enlightening process. We aimed to create a game that can surprise players with its universe, story, and mechanics. We put a lot of effort into to revealing the potential of the idea of Undungeon’s multiverse through the game’s mechanics.

We want all those who play Undungeon to be able to get away from the daily hustle and immerse themselves in an unusual, bizarre, and intriguing world of multiverses, heralds, gods, and galactic cataclysm, and ultimately have the power to forge the fate of a new multiverse.” said Vlad Maxim, Lead Game Designer at Laughing Machines.

Undungeon is out now on PC via Steam and GOG.com, Xbox One and Xbox Series X|S for $19.99. Undungeon is also available as part of Xbox Gamespass.