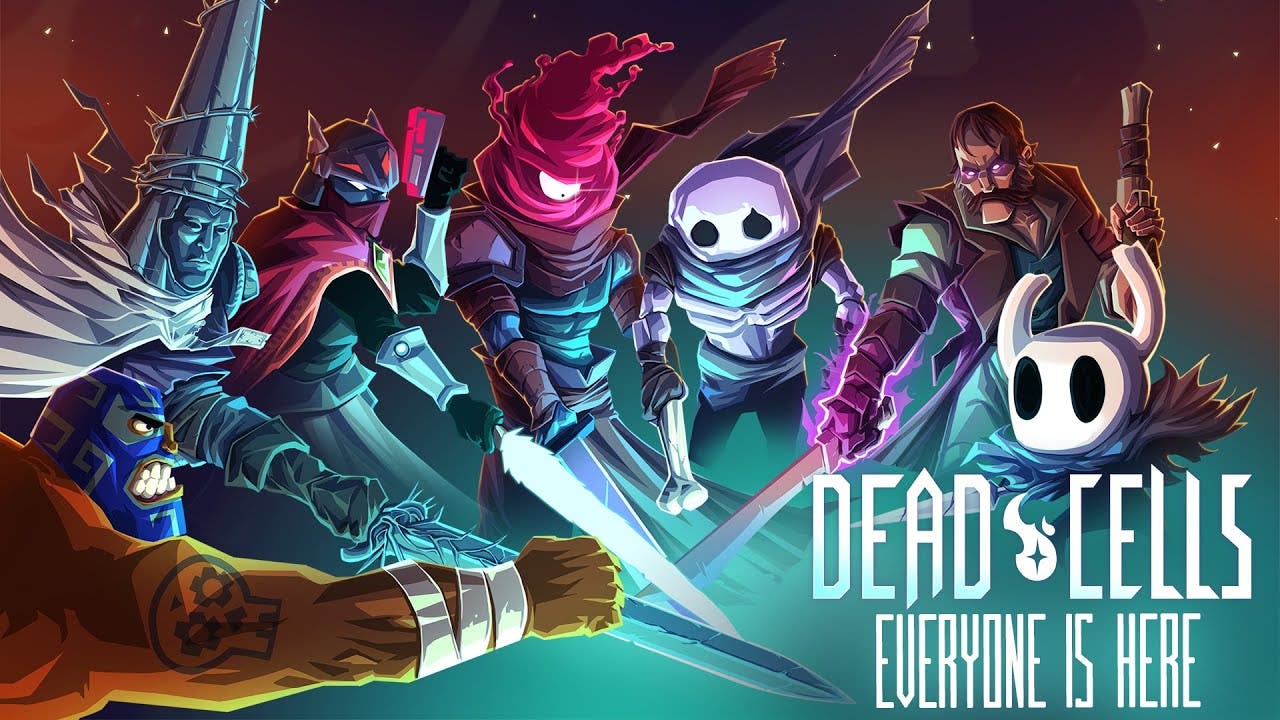 The Everyone is Here! FREE update for Dead Cells adds weapons and skins from your favorite indie gems – and it arrives today

Bordeaux, France (Nov. 22, 2021) – Evil Empire and Motion Twin announced today that Dead Cells’ “Everyone is Here” update is now live across PC and consoles. And by everyone, we kind of mean it – characters from Hollow Knight, Blasphemous, Hyper Light Drifter, Guacamelee!, Skul: The Hero Slayer and Curse of the Dead Gods are now playable in this free update across PC today with consoles to follow shortly later this year. Additionally, there is a weapon or skill from each of the aforementioned games that can be found in ‘lore rooms’ which will randomly appear.

The “Everyone is Here” update introduces a book at the start of the game that tasks players with completing a new challenge. Each challenge completed will grant players a character from one of the games.

New weapons and skills are also collectable in newly introduced ‘lore rooms’. The weapons have been designed and implemented to pay tribute to its original game, but with the classic Dead Cells touch that fans have come to know and love.

Additionally, today’s update coincides with a new bundle on Steam that includes Dead Cells, Curse of the Dead Gods, Guacamelee 2 and Skul. The bundle is currently 20 percent off, and Dead Cells is featured solo on Steam at a 40 percent discount.

The update is free for everyone. The entire list of updates can be found here: https://dead-cells.com/patchnotes.

Dead Cells is an award-winning roguelike metroidvania action platformer. Explore a sprawling, ever-changing castle… That is, assuming you’re able to fight your way past its keepers. To beat the game, you’ll have to master frantic 2D combat, with the ever-present threat of permadeath looming. Winner and nominee for dozens of Game of the Year awards in 2018, the title has undergone a series of updates and continues to evolve based on its loyal player feedback.

To keep up with the latest Dead Cells news and updates, make sure to follow @motiontwin.