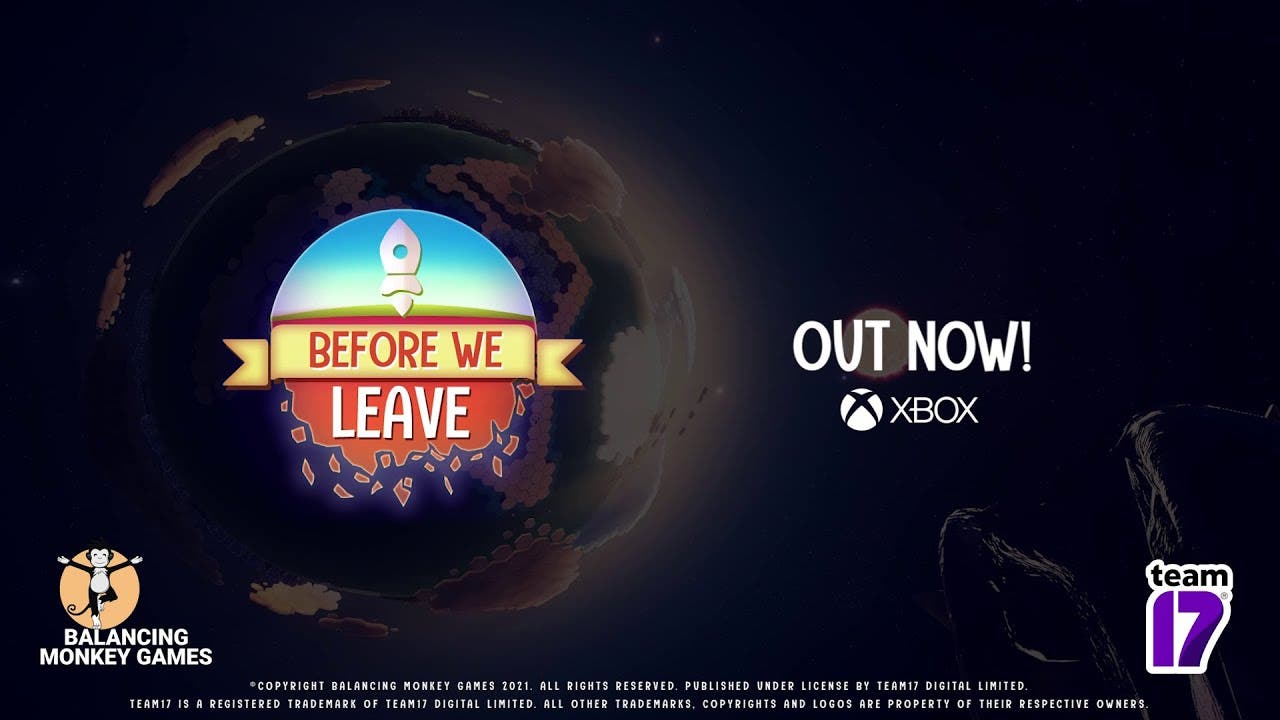 Non-violent, post-apocalyptic city builder Before We Leave is now available on Xbox

Tuesday, 23rd November 2021 – Team17 and Balancing Monkey Games have today announced that cosy city builder Before We Leave is now available to all Xbox players, including to purchase via the Microsoft Store and in Xbox Game Pass. Set in a post-apocalyptic solar system, Before We Leave tasks players to nurture groups of ‘Peeps’, re-emerging survivors with aspirations to rebuild a thriving civilisation.

Xbox players can explore six unique biomes with their Peeps as they expand their settlements, lay down infrastructure, and chart new lands while researching ancient technologies and building an array of helpful contraptions. Denizens of the burgeoning civilisation should also be mindful of their impact on the environment and their Peeps’ well-being, while keeping an eye out for passing Space Whales – who can make short work of their planets.

Before We Leave Key Features