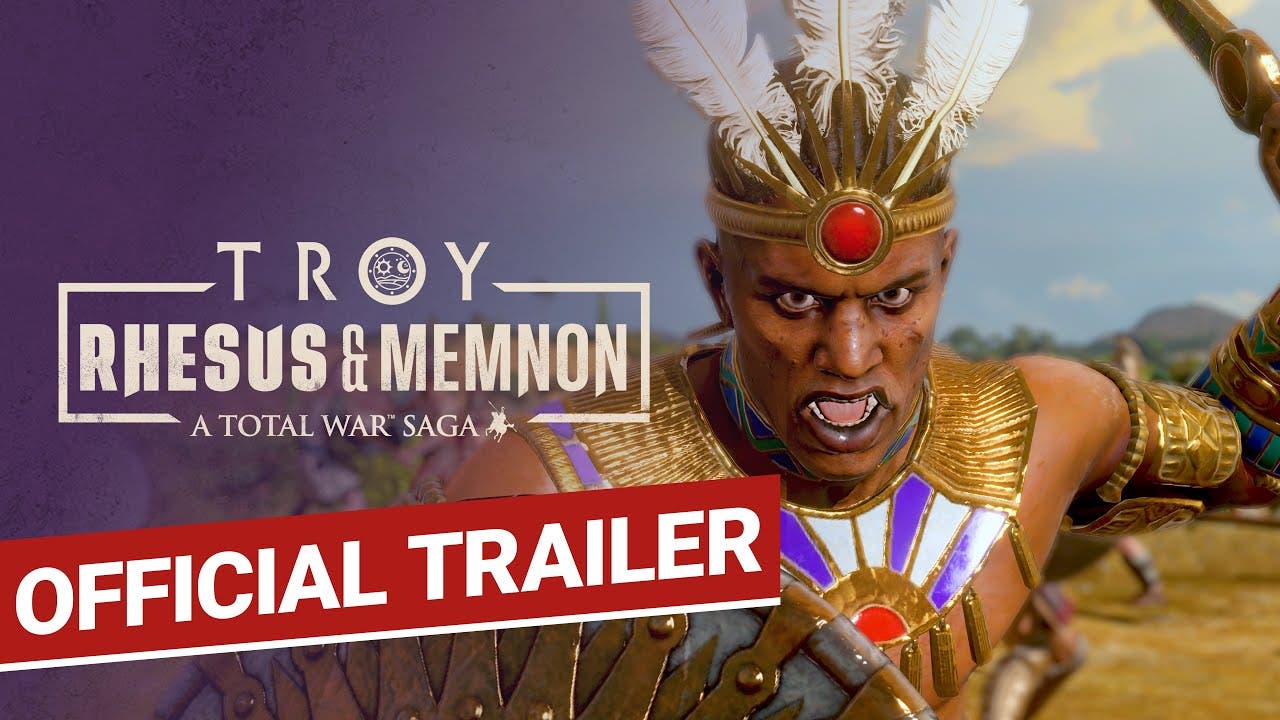 Rhesus & Memnon of Iliad fame arrive as a Faction Pack for A Total War Saga: TROY on December 14th

The Rhesus & Memnon Faction pack unleashes two of the most renowned heroes from the Iliad onto the blood-soaked battlegrounds of A Total War Saga: TROY: Rhesus, The Thracian King and Memnon, King of Aethiopia. These formidable characters welcome in unique campaign mechanics, devastating hero and unit abilities, as well as two brand-new army rosters consisting of 49 diverse troop choices.

Mighty Rhesus is a driven and relentless commander who hails from the deep-forested valleys of Thrace, home to countless warrior-tribes and fearsome primordial gods. His armies rely on strong early engagements, decisive charges, and his units fight predominantly without shields; however, they have good chargers, good armour-piercing and excellent morale.

Warrior-king, Memnon, is a distant cousin of princes Paris & Hector and leads the mighty multicultural armies of Aethiopia, a vassal state of Pharaonic Egypt. He is known for a battle prowess akin to that of courageous Achilles, and his roster consists of quick, lightly armored warriors that have the tools to stay engaged in battle, while each culture within his roster provides powerful strategic advantages.

More information about the Rhesus & Memnon faction pack can be found on the Total War Blog.