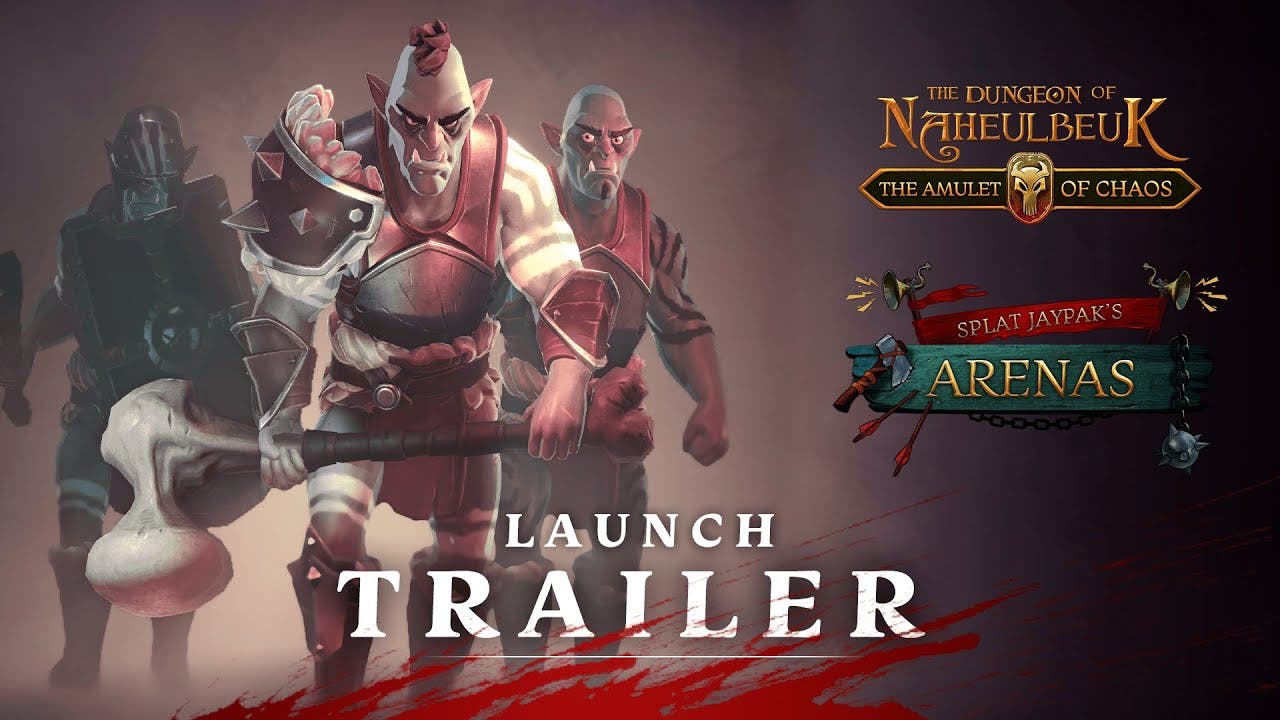 The Dungeon of Naheulbeuk: The Amulet of Chaos takes its turn on PlayStation 5 and Xbox Series X|S today; Second DLC out now

PARIS (Dec. 3, 2021) – Developer Artefacts Studio and publisher Dear Villagers (The Forgotten City, ScourgeBringer) have today released their hit RPG The Dungeon of Naheulbeuk: The Amulet of Chaos on next-gen consoles. Already available on PC, PS4, Xbox One and Switch, the game is arriving on PS5 and Xbox Series X/S today.

Similar to previous console versions, the next-gen port of The Dungeon of Naheulbeuk also contains the first DLC, the spooky adventure Ruins of Limis (aka, the Chicken Edition). The second DLC, the combat-crazy Splat Jaypak’s Arenas, sees the merry band of heroes kidnapped and forced to survive a series of wild combat trials orchestrated by the sinister Splat Jaypak. If they want to survive they’ll have to gear up, level up, and battle their way back to the plot.

Splat Jaypak’s Arenas is sold separately on all platforms, and can also be downloaded on PC via the season pass. The third and final DLC, a four-chapter sequel titled Back to the Futon, is currently in development and slated for release in 2022.

The Dungeon of Naheulbeuk: The Amulet of Chaos is a turn-based tactical RPG chock-full of charm, humor and chaos. Leading a ragtag company of unlikely heroes, you will embark on an epic adventure combining the fun, creativity and chaos of an epic fantasy tabletop campaign with the challenge of the very best tactical RPG games, delivering an adventure unlike anything you’ve played before.

“We are so happy to finally bring this title to fans with next-gen consoles,” said Guillaume Jamet, Head of Publishing at Dear Villagers. “Even now, we’re not quite done, since there’s still one more DLC in the works!”