Listen. I’m a sucker for games that lead with their heart, and TOEM does exactly that. From the opening moments to the time you roll credits, you are never without details to absorb, and every single one of them is trying to tell you something about the world you’re in; it welcomes you with open arms and invites you to discover it completely, and to take your time in doing so. 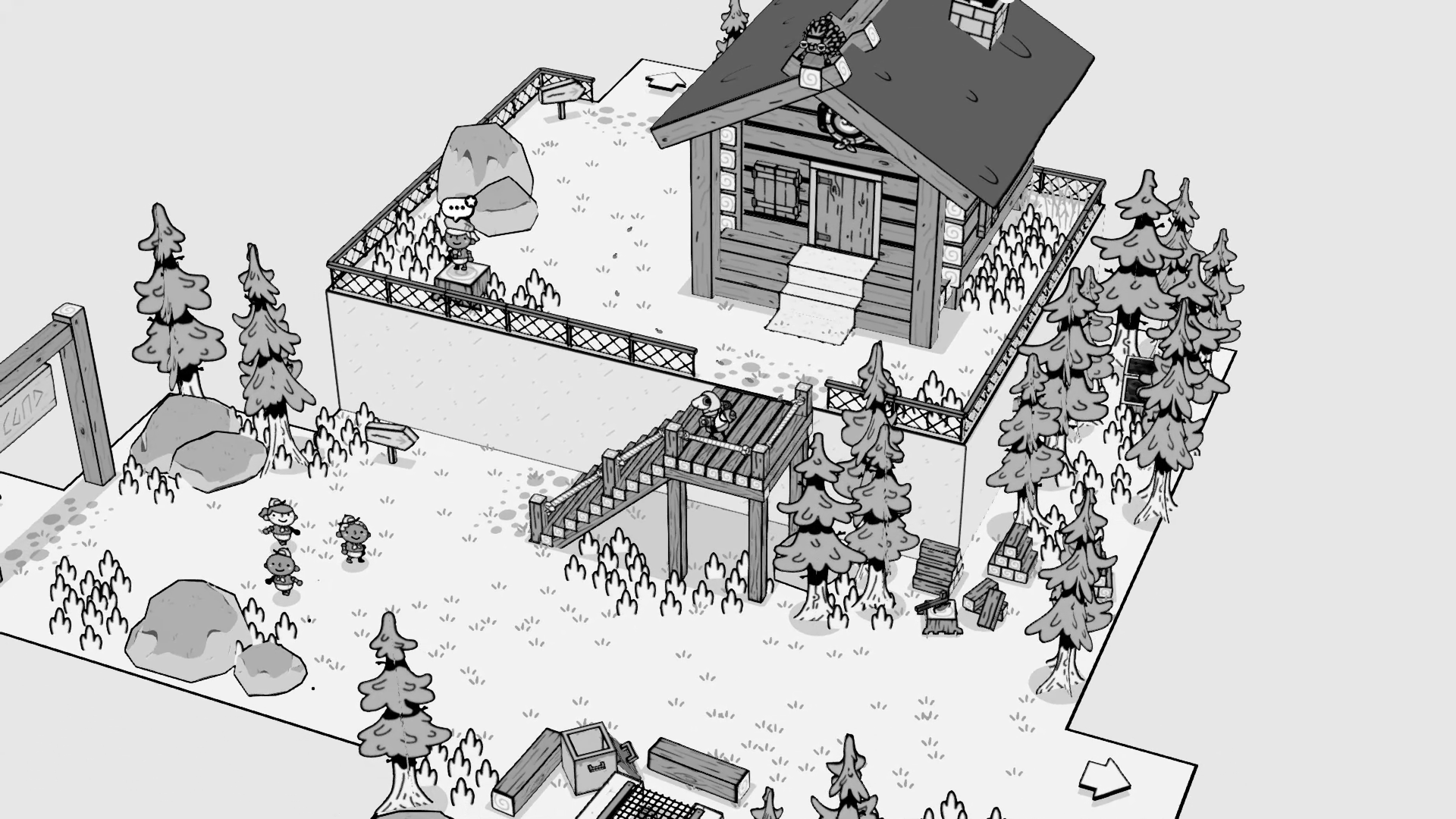 It’s really hard not to get caught up in a whimsical world that is all about feeling good and seeing cute things everywhere you look, because it turns out good vibes are literal brain candy. I also love an excuse to engage with a game in a way that’s less about getting to and doing the next thing as soon as possible, but instead places its emphasis on the journey and taking in the sights and sounds around you. Games like this treat their worlds less as a framework within which to establish bombastic set pieces and more as a vehicle for integrated storytelling.

And this is exactly what TOEM is. It’s an adventure purely for the sake of adventure. Playing as a child with their first camera, you explore a hand-drawn cartoon world in grayscale that’s every bit as bright and cheery as something rendered in full color; if anything, the monochrome presentation allows the focus to be on the design of the characters and the rich ways they animate, emote, and interact. You’re off on a journey to get more familiar with the place you live, to see the sights, and to document as much as you can along the way with your trusty camera and photo album. There are loads of quirky, charismatic creatures to meet, and a plethora of tasks to take on, but only if you feel like it. In fact, the more characters you talk to, the longer your checklist grows, and the more you begin to marvel at the sheer amount of stuff there is to take in, despite the relatively small size of each area you explore. 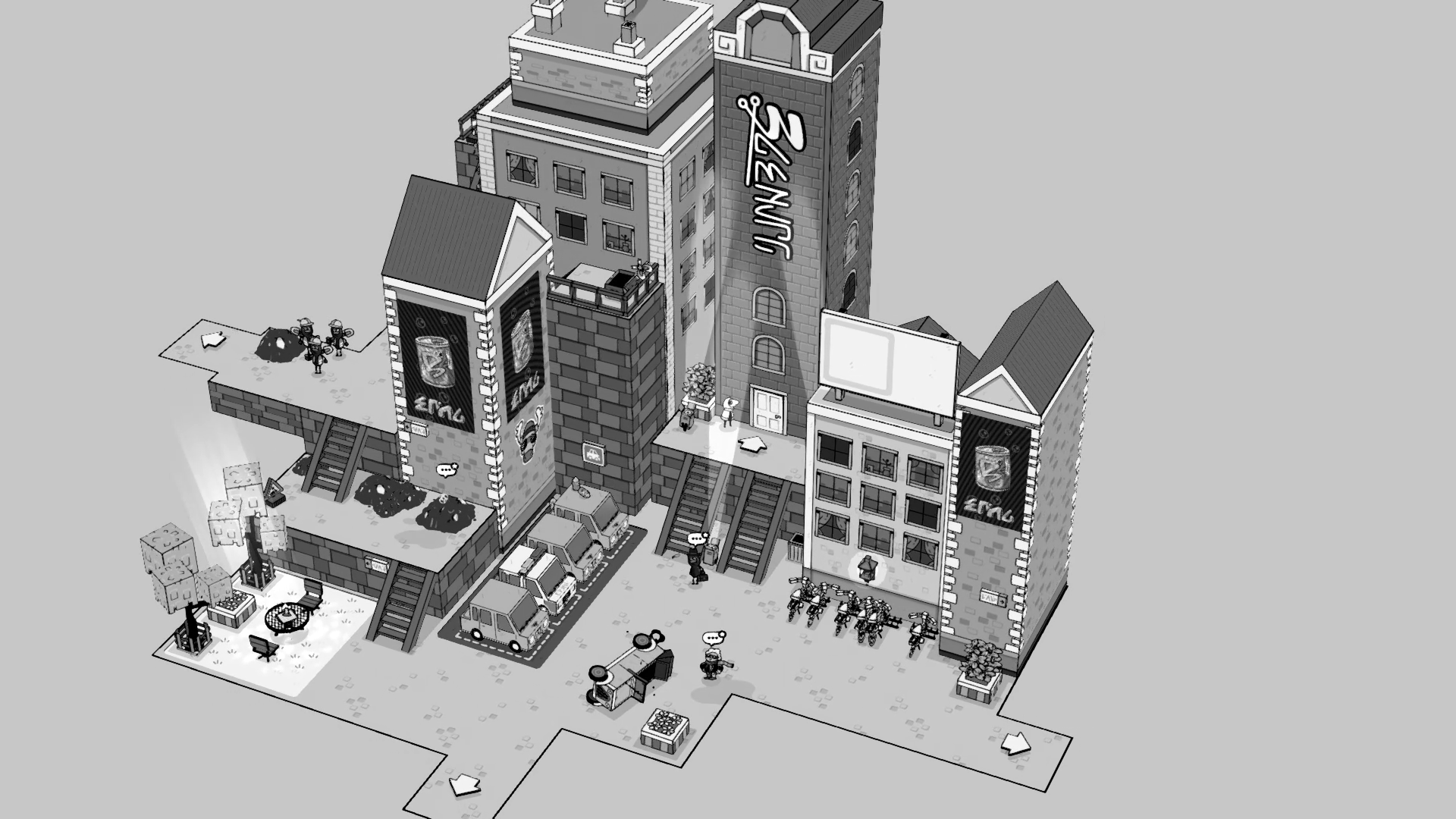 TOEM has a lot of neat tricks up its sleeve, and probably the best one is the way that it captures the childlike sense of wonder as you wander through new locales. TOEM is broken up into six distinct regions, and each of them is broken up into many separate “screens” or “rooms” (even while outdoors), so that you can navigate the regions in smaller, more focused chunks and get a feel for the distinct locations within them. It can sometimes be hard to focus when deciding what to pay attention to in each room, or which direction to go in next, but the great thing is order rarely matters and you’ll have plenty of opportunity to see everything, so you can forget about fretting over the optimal or “best” way to make it through. The whole point is to take things in however you want.

While the use of smaller “rooms” is certainly a practical decision in terms of world design and presentation, it also has the effect of recreating the feeling of being a child in a big world, in the sense that you can only really focus on small chunks of it at a time, and feeling boundless enthusiasm over all of the new things there are to look at and learn about. Combined with the total lack of pressure around getting things done beyond simply having boxes to tick, it’s an incredibly relaxing experience to just walk around, snap pictures, and take everything in. 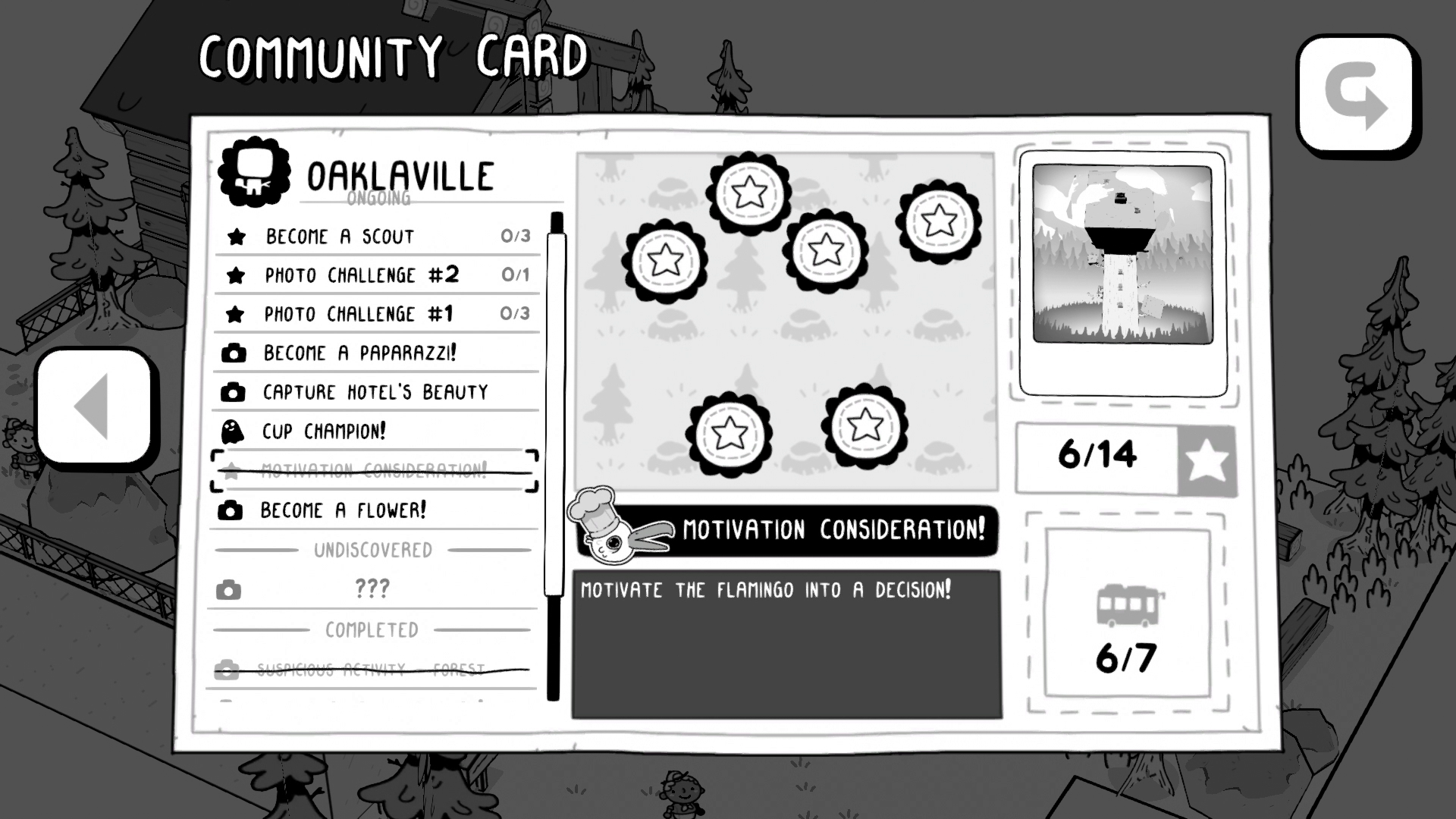 Speaking of snapping pictures, you’re going to be doing a whole lot of that, as TOEM‘s task lists and sidequests are all centered around cataloging EVERYTHING, and in some cases using your camera in unconventional ways to elicit specific reactions or set a chain of events in motion. Many of the game’s sidequests are optional, but in order to finish an area and move on to the next, you need to collect a minimum number of stamps in your album to purchase a bus ticket to the next region. I have no idea if TOEM‘s locales operate on a fully stamp-based economy or if this is a concession made for younger adventurers, but regardless it is another way in which the game expertly recreates the childhood experience.

It’s hard not to love TOEM. It’s got a great variety of sights to see, from woodsy trails and lakes to warm sandy beaches and piers, to the big giant city, and eventually the icy peaks of the nearby mountain. Despite sharing a consistent art style, each region feels wholly unique and exciting to behold, establishing its own identity and feeling apart from the rest. The only real knock against it is that the game does boil down to doing the same thing over and over again; filling up your photo album and cataloging the sights. Some new mechanics are tossed in over time but ultimately it’s a game about taking photos. I will say that the gimmick of switching from the isometric view to first person when the camera comes out is great in that you’re always getting alternate perspectives on everything you see, but the challenges don’t have a lot of depth to them. Which is okay! The point isn’t for TOEM to be hard. However when stacked against some other photo-taking games (Looking at you, Umurangi Generation), it can feel a little shallow. 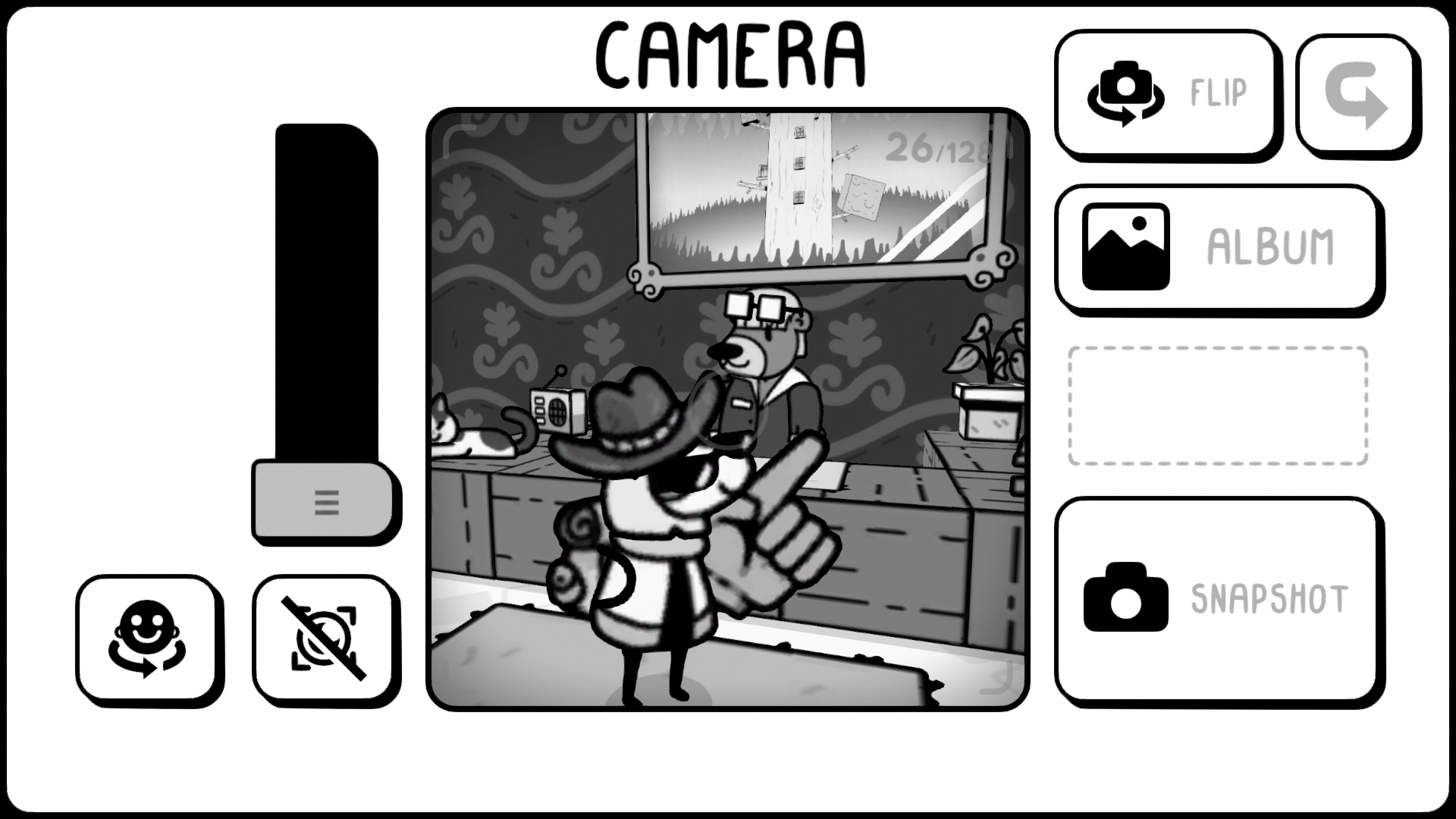 Regardless, TOEM is a delightfully cute adventure and it’s a great way to spend a few hours getting lost in an idealized, zero risk adventure. It’s a perfect palette cleanser between games or at the end of a session of otherwise more action packed titles, or just a great way to chill out for an hour or two. I’d wager it also makes a great introduction to gaming for younger kids, and has the makings of something families can enjoy together, which definitely earns bonus points if you’ve got kids, family members, or partners who like to help find things or solve puzzles without being the one in control. Don’t let the simplicity of TOEM fool you, though; it’s a rich and entertaining experience that’s worth dipping into.