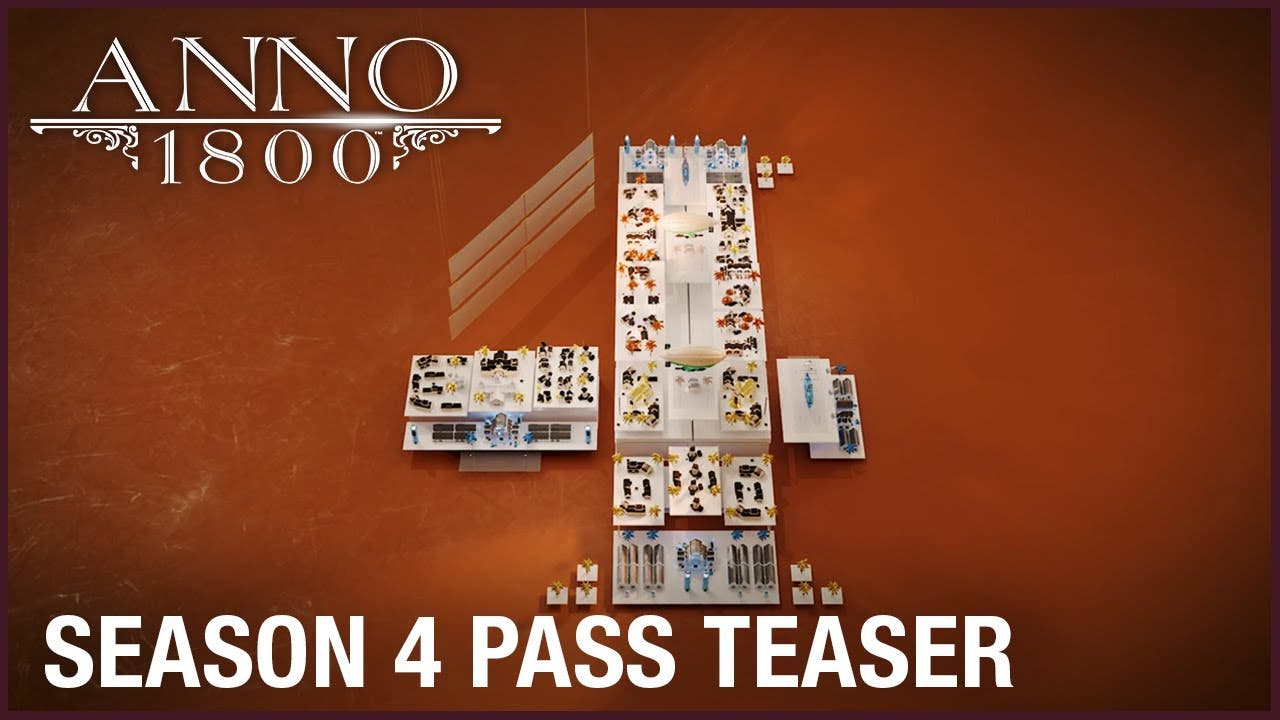 SAN FRANCISCO – December 6, 2021 – Today, Anno 1800 teased its Season 4, and announced that its UNEP Choice Award-winning game mode, Eden Burning, will be available for free on December 14. Anno 1800 is available now on Ubisoft Connect and the Epic Games store for Windows PC. In 2022, Anno 1800 will release three DLCs as part of its Season 4.

Anno 1800 recently surpassed two million players, and to celebrate this milestone, players will receive two ship skins with the upcoming Game Update, one for the Battlecruiser and one for the Ship of the Line, as a gift.

First debuted during the 2021 Green Game Jam, Eden Burning introduces a new game mode: Scenarios. The Eden Burning Scenario features a rogue-like mechanic that teaches players the dangers of an exploitative economy for the environment. Players must finish an industrial project without destroying their ecosystem while weighing the impacts of using renewable versus non-renewable resources. Their decisions will affect their environment positively or negatively –  and players who prioritize sustainable practices will see the best results. Eden Burning will be available as part of the free Game Update 13 on December 14. In Season 4, at least one new Scenario will be released alongside each new DLC.

Anno 1800 is also partnering with Ecologi, a social enterprise funding reforestation and other carbon reduction projects. Beginning December 14, players can buy the Plant A Tree DLC for $2.99 to receive a new ornamental tree to plant in their cities. A minimum of $1 of every purchase of the Plant A Tree DLC will be forwarded by Ubisoft to Ecologi. After March 31, 2022, the DLC will be removed from the in-game store, but players who own the DLC will retain it in their account. The ornament will also be given away for free later in 2022.

“The Anno team believes it is crucial to protect our planet and take action to address climate change. Taking part in the Green Game Jam earlier this year and winning the UNEP Choice Award was a real honor for us. We are happy that we can now bring this concept to life in our latest free game update and show how video games can play a role in teaching players about environmental issues.” said Marcel Hatam, International Brand Manager for the Anno series at Ubisoft Mainz.

In addition, Anno 1404 History Edition will be free as part of Ubisoft’s 35th Anniversary celebrations from December 6 to December 14.

To learn more about Scenarios and the Plant a Tree DLC, please visit: https://anno-union.com/devblog-eden-burning-green-game-jam.