Gothenburg, Sweden – December 8th, 2021 – Thunderful Publishing & Dejima’s roguelite indie firefighter Firegirl: Hack ‘n Splash Rescue is coming to PC on December 14th, with console versions landing in 2022. A new launch trailer has been released showing never-before seen sections of the game and giving a hint of the mystery that acts as a catalyst for the story at the centre of the game.

Firegirl: Hack ’n Splash Rescue is a roguelite platformer where you take on the role of a young fire rescue officer breathing new life into her rundown local fire station. Armed with your trusty axe and high-pressure fire hose that also doubles as a jetpack, respond to emergency calls that bring you to dangerous procedurally generated blazes across the city. When Firegirl arrives on the scene, she has 3 minutes to save all the civilians caught in the blaze! Extinguish fire monsters to buy more time in these tricky missions where you will feel the heat as you battle to get the job done. Uncover the truth of why these fires have engulfed the city, in a mystery that goes all the way to the top!

Between high-octane missions where you will be boosting your jumps with your hose, extinguishing dastardly pyro-monsters, and rescuing trapped civilians (and cats!), you can hang out at the Firehouse. Here, you can upgrade your equipment and hire new staff to make you more effective in tackling the challenging blazes to come. You’ll need all the help you can get to survive in this fun, thrilling and tricky roguelite!

“We’re just a week away from the PC launch of Firegirl, myself and the team at Dejima Games are so excited for players to hack, splash and rescue their way through the game,” said Julien Ribassin, founder of Dejima. “Our goal was that Firegirl: Hack ‘n Splash Rescue combines awesome platforming, a stunning handcrafted pixel-art style and the thrill of time-based missions to keep players guessing. If we’ve managed to hit the mark, we hope our game makes a real splash!” 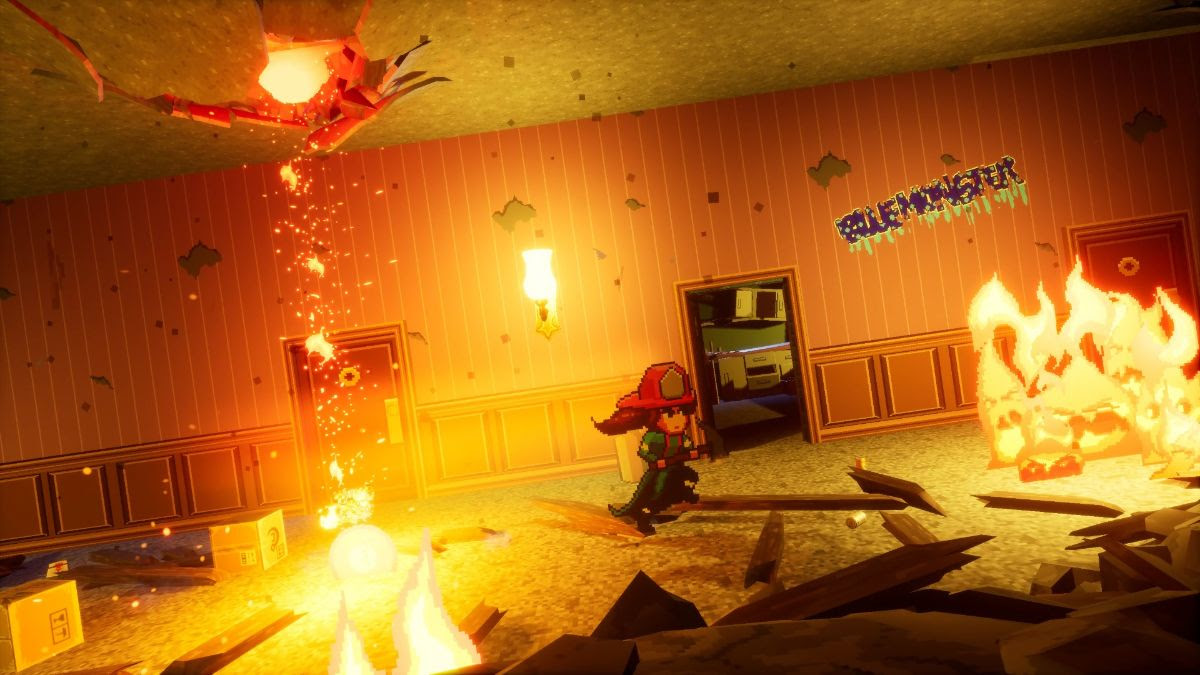