Guardian of Lore, the game of Latin American folklore is out now for PlayStation 4 and PlayStation 5

Top Hat Studios and Round 2 Games announced today that the 2.5D action-platformer Guardian of Lore, is now available on PS4 and PS5 for $13.99/€13.99/£12.59. Heavily inspired by native Latin-American folk tales and myths, more specifically cultures like the Incas and Aztecs, in Guardian of Lore you play as prince Sayri, Guardian of a Mystical Library where the lost knowledge of conquered civilizations is guarded. Guardian of Lore is also available already on Nintendo Switch.

You are the descendant of a powerful yet cruel king who conquered the land and condemned their original cultures to oblivion. But after being anointed the new Guardian of the Library where that lost knowledge is kept, now it is time for you to amend your ancestors’ mistakes and protect the ancient tales from the wicked magic that threatens to erase them forever. How much of each story will you be able to save and preserve for future generations?

Guardian of Lore is a 2.5D action-platformer with RPG elements in which you will take on the role of prince Sayri, the new guardian of a mystical library that treasures ancient folktales from lost Latin-American civilizations. With the power of the Amulet of Yebichai, Sayri will bring the world of each book to life in order to save the legends from the corruption that is trying to destroy them from within. Live each of these exceptional myths, meet unforgettable characters, and fight to keep the knowledge and lore alive! Developed by Round 2 Games, an indie studio based in Quito, Ecuador, the game was first released on Steam on May 18th 2021, and comes now to consoles thanks to indie publisher Top Hat Studios. 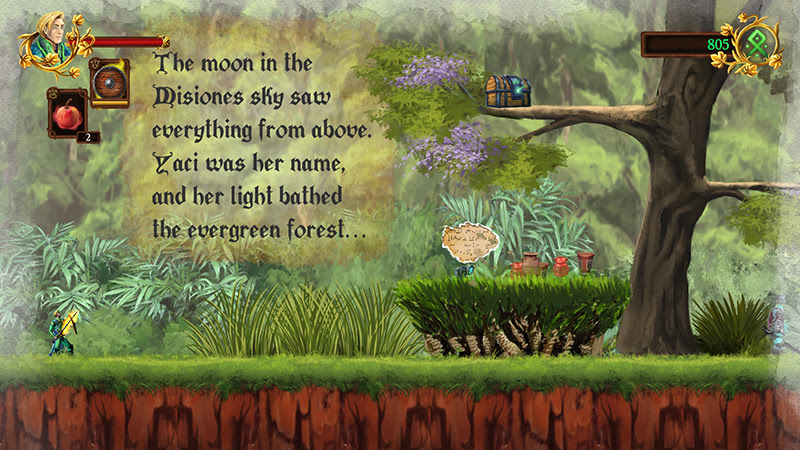 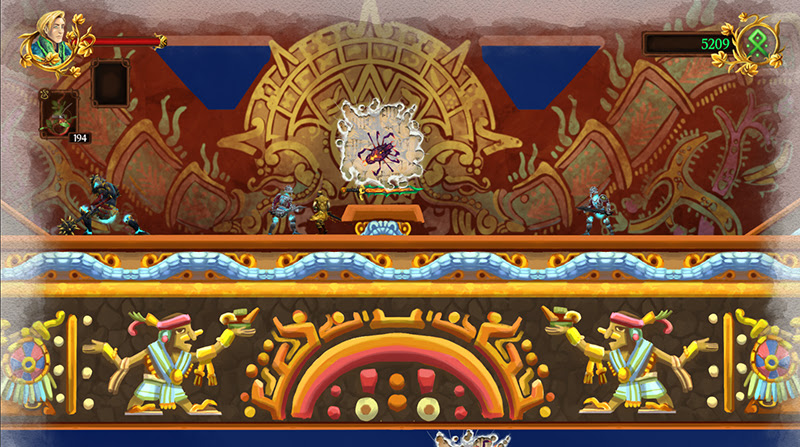 Guardian of Lore on Nintendo Switch: US Store and European Store