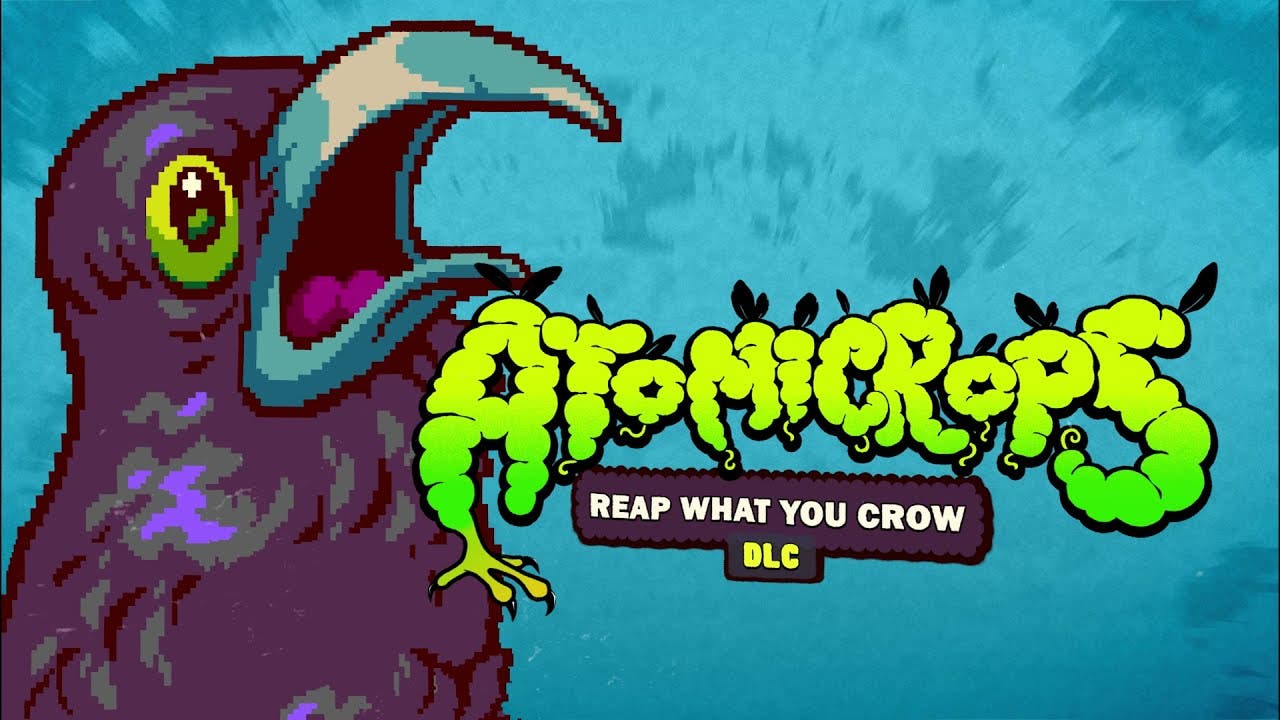 Stockholm, Sweden [December 14, 2021] – That title is not a typo – today marks the release of the Reap What You Crow DLC for Atomicrops. Of the new additions, one the major standouts of this update is the introduction of a whole new playable character, the Oregacrow. This is a crow-like character that plants A LOT of corn and a unique crop, oregano, which replaces heart beets. They also have a cauldron mechanic that will provide upgrades based on what is mixed inside.

In addition to the new character, two major weapons have been added. The first is the scythe, which is perfect for those that want to get up close and personal in both combat and farming. This melee weapon also comes with some cool upgrade options, like riding on a horse. The other new weapon is the leech gun. It is fantastic for gaining fertilizer and uses a unique ammo system that replenishes by performing farming tasks.