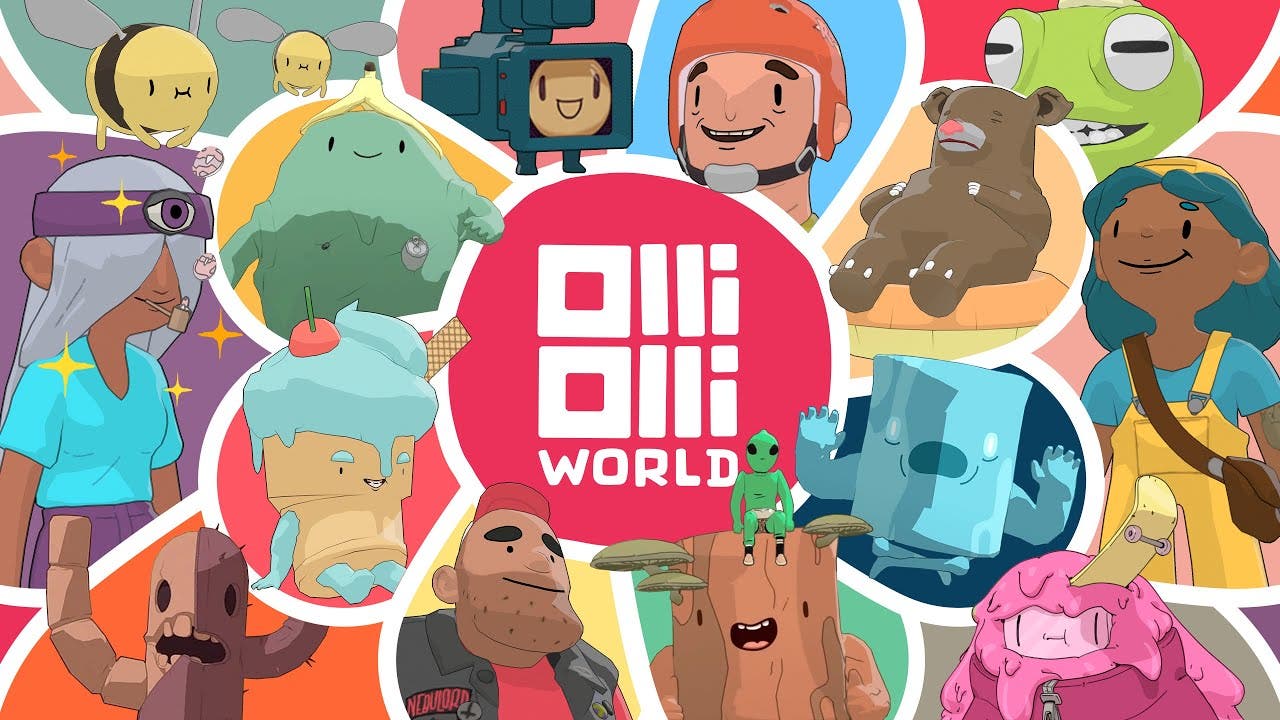 New York, NY – December 15, 2021 – Private Division and Roll7 today announced that OlliOlli World is available for pre-order and will launch on February 8, 2022 digitally for the PlayStation®5 and PlayStation®4, the Xbox Series X|S and Xbox One consoles, PC via Steam, and Nintendo Switch™ console. Players who pre-order the game will receive bonus digital cosmetic items, including a Bunnylord Head, Hero T-Shirt, Hero Skate Deck, Hero Tattoos, and Hero Arm Cast. 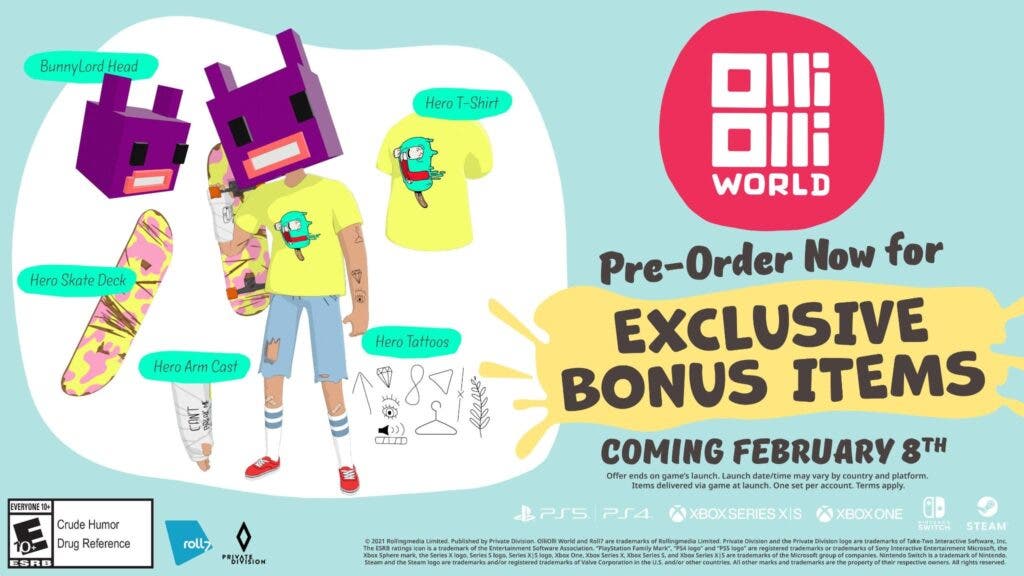 The skateboarding action-platformer, developed by the BAFTA and multi-award winning Roll7, marks a bold new direction for the critically acclaimed OlliOlli franchise. OlliOlli World’s signature flow-state gameplay allows for that perfect balance between focus and relaxation, with ultra-tight controls for the smoothest experience. Players flip and flow through Radlandia, a vividly vibrant world full of colorful characters, as they search for the mystical skate gods on a quest for Gnarvana. Radlandia and its dwellers are delightfully weird and artistically gorgeous.

OlliOlli World comes with diverse and rich customization options, allowing players to be whoever they want to be; body type, skin tone, and hair are all customizable. Players can also select from a wide variety of poses, skate tricks, and apparel to further emphasize their own unique style.

OlliOlli World includes two asynchronous multiplayer modes: Gnarvana League and Gnarvana Portal. The Gnarvana League is designed for those who love a challenge and want to prove their skate mastery. Leagues pit you against other players with similar skills to compete for the highest score. As contenders advance through the ranks, they get their hands (and feet) on new character items – including boards, wheels, and more. In Gnarvana Portal, players can generate original levels based on a selection of parameters like style, difficulty, and length. Each creation comes with a unique virtual 8-digit postcode which can be shared with anyone in the world, enabling players to compete against each other cross-platform.

“In OlliOlli World, you should expect loads of seriously wacky locations to explore and rad new characters to meet,” said John Ribbins, Creative Director of Roll7. “OlliOlli World is a love letter to the bizarre and magnificent aspects of skateboarding culture. It embraces the weird and wonderful aspects of this street phenomenon and encourages you to express yourself freely.”

OlliOlli World will launch digitally on February 8, 2022, on PlayStation®5 and PlayStation®4, the Xbox Series XIS and Xbox One consoles, PC via Steam, and Nintendo Switch™ console. OlliOlli World is rated Everyone 10+ by the ESRB. For more information on OlliOlli World, subscribe on YouTube, follow us on Twitter or TikTok, become a fan on Facebook, and visit OlliOlliGame.com.

OlliOlli World marks the third entry in the beloved OlliOlli series from Roll7, the BAFTA and multi-award-winning London based studio famous for re-defining genres and creating remarkable games like OlliOlli, OlliOlli 2: Welcome to Olliwood, Laser League, and NOT A HERO.