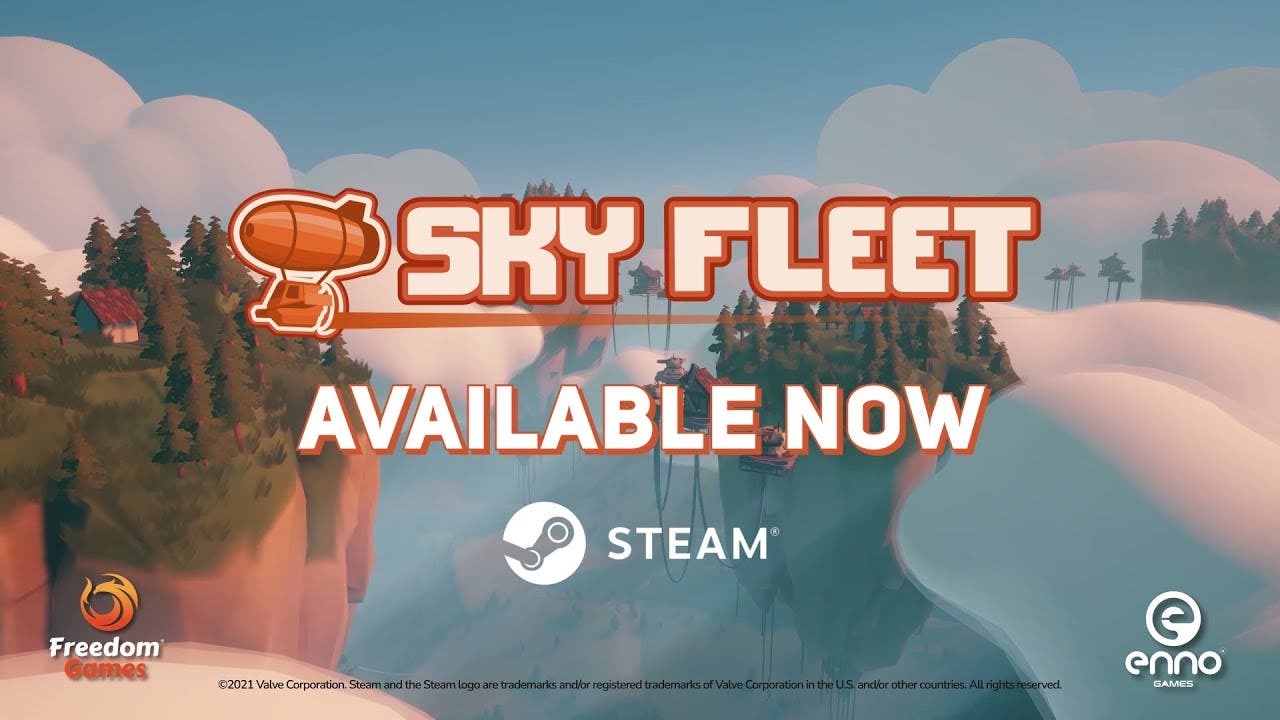 Dance with the clouds in co-op tower defense shooter Sky Fleet, out today on PC

Take to the skies of Aerth with a tactical team of blimps to claim control of the resource-filled floating islands. Engage in real-time tactical assaults, strategically maneuvering around drone and turret fire. Overtake enemy bases and expand frontline defenses. Command the fleet alone or find strength in numbers with online and local multiplayer game modes.

Transform each base into an impenetrable stronghold with the construction of farms to sustain resources, ammo factories to restock blimp weaponry, a wide arsenal of varying defense turrets, as well as power and shield generators to keep everything running smoothly. Protect essential extractors harvesting life-sustaining resources like Uridium and Duraphyte to upgrade the fleet.

“Sky Fleet is here to bring tower defense and RTS fans together just in time for the holiday season!,” said Dan Phillips, Founder, Enno Games. “There has always been something magical about video games at the end of the year bringing together friends on and offline. We are so pleased to take part in that holiday magic this year. Happy flying to all pilots, and to all pilots goodnight!”

For more information on Sky Fleet, please check out the official website and join the community Twitter and Discord.