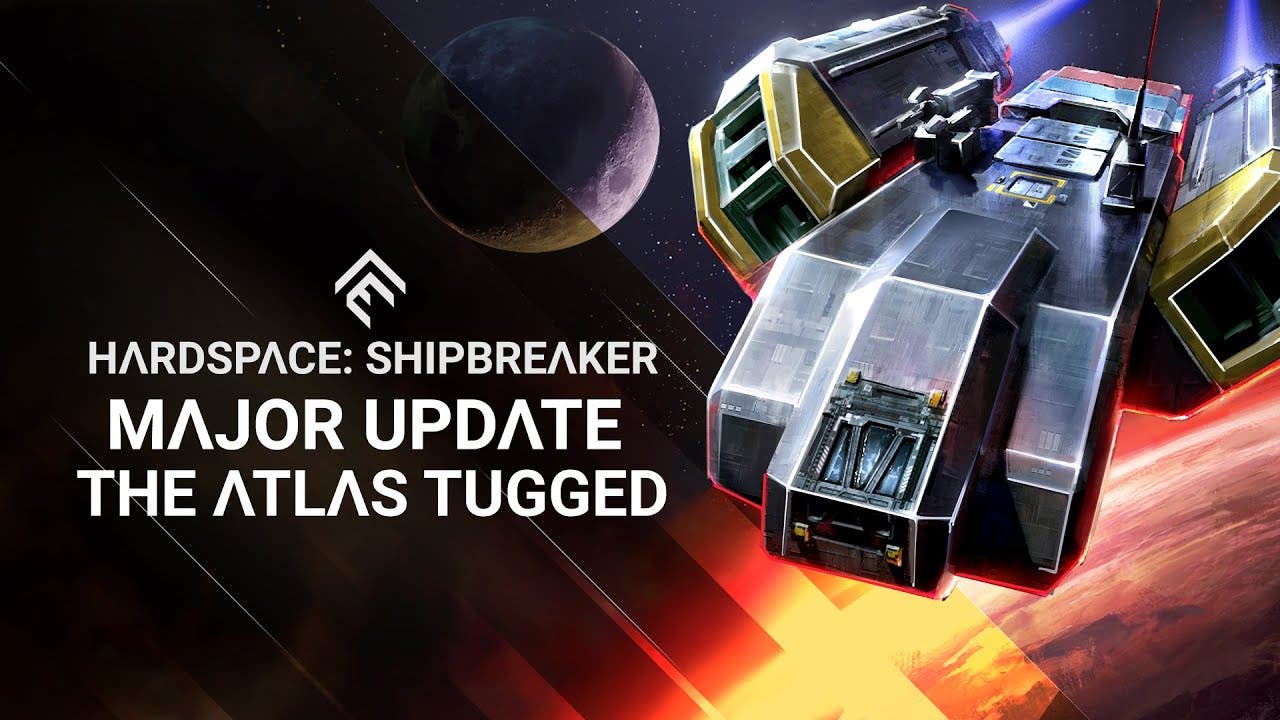 ARIS — Dec. 20, 2021 — Hardspace: Shipbreaker, the zero-g starship salvaging game by Blackbird Interactive and Focus Entertainment, is adding the new game-changing Atlas ship class with today’s “Atlas Tugged” content update. To celebrate, Hardspace: Shipbreaker is currently available at a 35% limited-time discount on Steam. You can discover the unique hazards and treasures of this new class of vessel in the latest gameplay trailer commented by the devs!

As the first double-decker ships to grace the LYNX salvage yards, the versatile Atlas class adds a completely new kind of interior and dynamic. They require expert maneuvering and planning, especially considering the new Typhoon thrusters, which are as valuable as they are dangerous to disassemble. Cracking one open inevitably causes a fire in the fuel lines, starting a race to flush them before the fires reach the fuel tank.

The Atlas spaceship class comes in three models: Patrol, Cargo, and Tug Atlas. They range from small to massive, creating a more satisfying difficulty progression in both size and danger as shipbreakers climb the salvager ranks. In addition, this update delivers a variety of bug fixes and quality-of-life improvements.

Hardspace: Shipbreaker is out now on Steam Early Access, with limited-time special discounts available for the base game and OST bundle. A launch on consoles is in development for a later date.