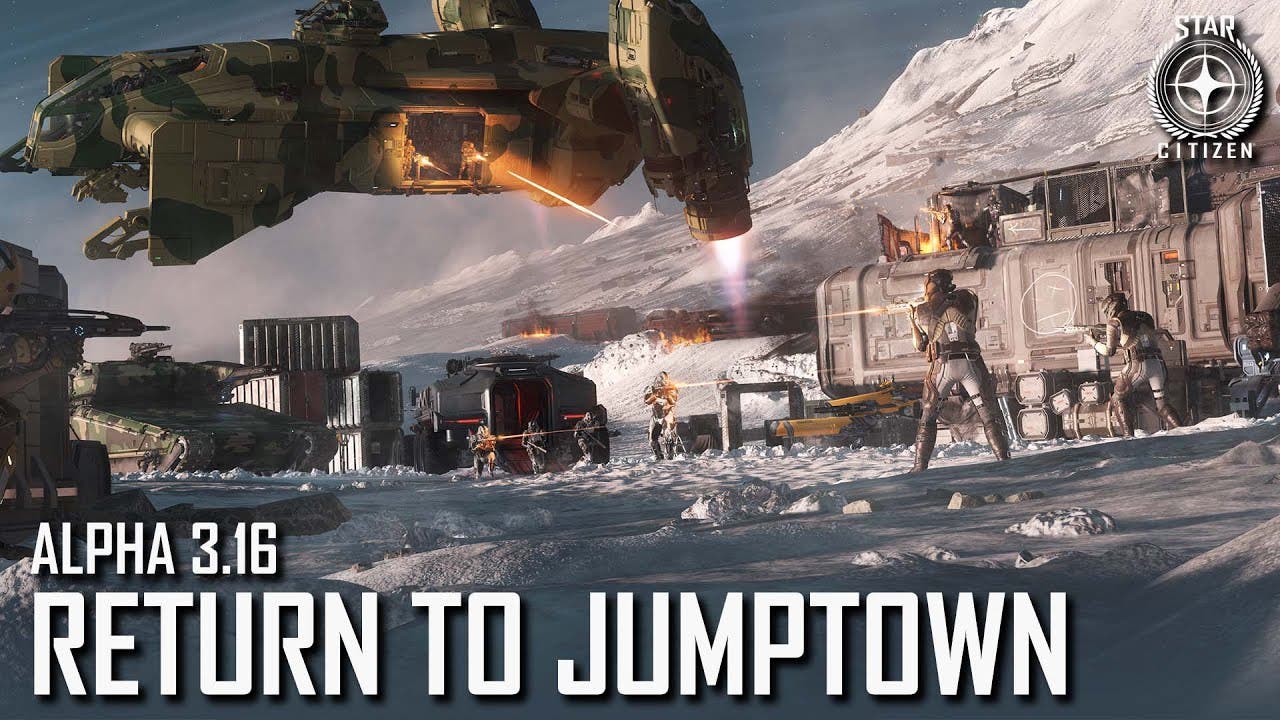 LOS ANGELES – Dec. 22, 2021 – Cloud Imperium Games (CIG) announced today the release of the Star Citizen – Alpha 3.16: Return to Jumptown update. Scheduled to launch at 10:00 a.m. (PST), today’s release marks the introduction of the newest in-game server-wide dynamic event called Jumptown 2.0 – inspired by the original fan-favorite PvP event Jumptown – which finds both law enforcement and criminal factions across the ‘verse gathering to battle for control of an overabundance of illegal narcotics. Expect large-scale battles around old and new event locations as players either team up to secure the drugs or deliver them to criminal hands.

In addition, players more interested in their pilot’s personal journey can look forward to more PvE Star Citizen content later in the 3.16 patch cycle in January, with Derelict Ships that offer traps to avoid, puzzles to solve, and valuable rewards to secure. Head here for full details about the Jumptown 2.0 PvP event, and the new Derelict Puzzles PvE mission expansions coming during the Star Citizen – Alpha 3.16: Return to Jumptown cycle.

“2021 has been another fantastic year for Star Citizen and our amazing community, and I’m excited for us to end the year with another explosive Dynamic Event in Alpha 3.16: Return to Jumptown,” said Star Citizen Creative Director Chris Roberts. “Long-term players remember the emergent PvP Jumptown battles from the early days of the Persistent Universe. We’ve taken the intense action from the old event as inspiration for Jumptown 2.0, which promises to deliver the exhilarating and large-scale battlefields we want to see more of in Star Citizen. On top of that, today in 3.16.0 we are also adding big improvements to the handling of hover vehicles, a new Cutlass Steel dropship, and a few more surprises for our players. And later in January in 3.16.1, we’ll be adding Derelict Ship Graveyards and hidden treasures protected by deadly traps.”

Players can expect further improvements following today’s Star Citizen – Alpha 3.16: Return to Jumptown update, coming at the end of January as an Alpha 3.16.1 release and ahead of the next Alpha 3.17 update.

For full details on the Star Citizen – Alpha 3.16: Return to Jumptown update, please head here. Players interested in what each development team is working on are encouraged to visit the Star Citizen Progress Tracker and roadmap on the official website.