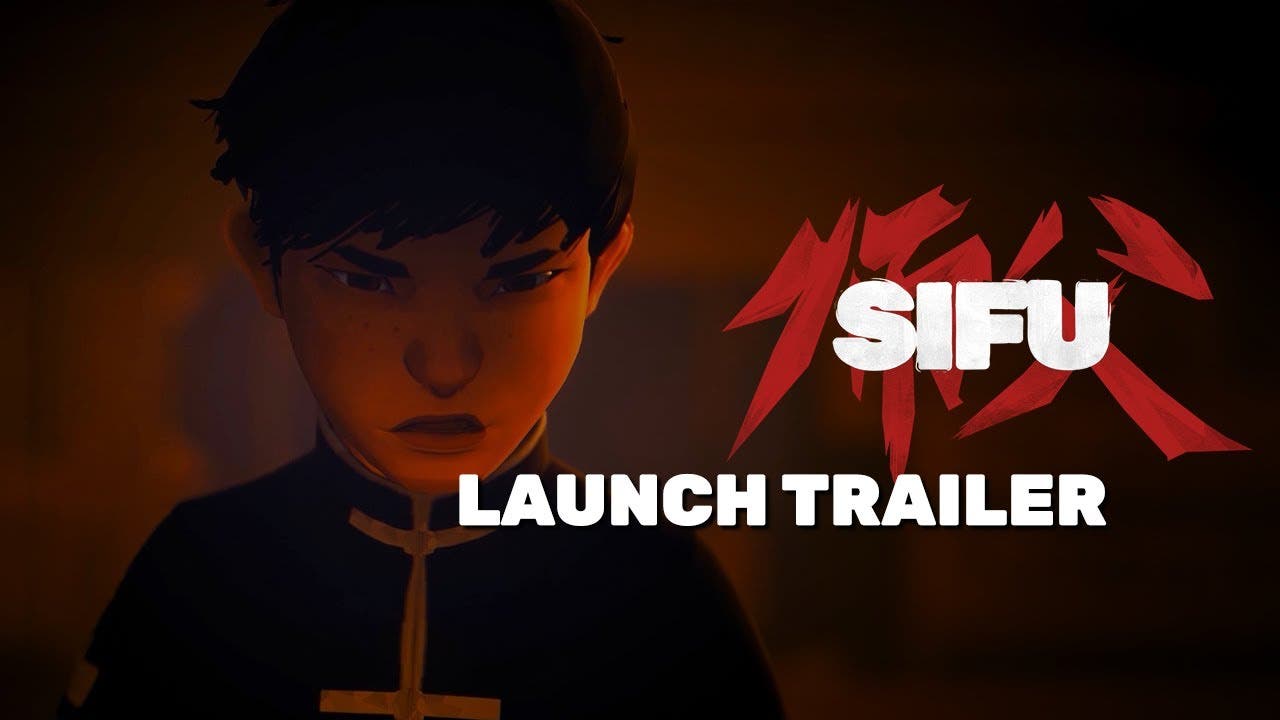 Sifu doesn’t pull any punches, out now on PC and PlayStation today

PARIS (Feb. 8, 2022) – One of the most anticipated titles to kick off 2022, the Kung Fu action game Sifu from developer and publisher Sloclap (Absolver) is available today on PlayStation and on PC through the Epic Games Store for $39.99. Sifu is set against a detailed backdrop of a fictional Chinese city where players uncover an ancient mystery via a series of difficult confrontations that test their skills to the limit. To overcome seemingly insurmountable odds, fighters need to rely on a mastery of Kung Fu and a magical pendant that revives them after death. The cost of magic is dear, however, and drastically ages a fighter with each revival: time is the price paid for revenge.

Unfolding a story born from loss, the newly released launch trailer finally reveals the violent spark that has laid the path for a fiery journey, fueled by anger and devastation. Introducing the five main enemies you will seek out in your quest for redemption, today’s trailer showcases a jolting array of authentic Pak Mei Kung Fu action as the main character, which players can play as male or female, slides through a variety of enemies with skillful, mindful combat.

The game launches today globally to an impressive array of positive reviews from international critics, hosting a current Metacritic and OpenCritic score of 81 across more than 50 reviews each (at the time this press release was written).

Sifu’s main inspiration comes from classic Kung Fu fighting movies, with some of the developers at Sloclap having practiced Pak Mei Kung Fu and various other martial arts. Throughout the development of the game, the developers at Sloclap worked closely with the Kowloon Nights team, based in Beijing and Hong Kong, to organize cultural reviews in order to make the game be as respectful of Chinese Kung Fu culture as possible. Multiple consultants from Chinese video game companies were invited to collaborate and provide feedback, resulting in numerous changes to the game, ranging from the look of the main character to details of the environment. To fit with the five elements of the Wuxing, which are central to the themes of the game, Chinese composer Howie Lee blended traditional Chinese instruments and electronic music, resulting in a unique soundtrack which reinforces the authentic feel the Sloclap team was aiming for.

The game’s fight scenes were based on real-life moves from Sloclap’s fight choreographer, Sifu Benjamin Colussi, who worked hand in hand with Sloclap’s animators and designers to produce the most detailed Kung Fu game to date. Colussi spent a number of years living and practicing Pak Mei Kung Fu in Foshan, China as one of the few chosen disciples of Sifu Lao Wei San. Colussi currently owns and operates the Parisian-based LWS Pak Mei School, which has a sister school located in Foshan. Together with Sifu Lao Wei San, the two schools offer the foremost study in the Pak Mei style of Kung Fu. Colussi also serves as Vice President of the Foshan Pak Mei Sports association in Foshan, China.

Fans can look forward to planned future content and DLC for Sifu, including a coming free update incorporating an all-Chinese (Mandarin) VO version currently being recorded in Beijing.

Sifu tells a fictional tale of revenge in a fictional city, but the game’s authenticity shines through in its true-to-form combat and also in the level of detail Sloclap included in the game’s visually stunning environments. Sifu’s attention to detail provides players with an elevated sense of immersion as they traverse through a fictional city on their path to redemption.

Straddling two popular genres, Sifu offers a wholly unique display of gameplay and narrative, harnessing the core principle that Kung Fu is a path for both the body and the mind. Will you learn from errors and find the strength to master the devastating techniques of Pak-Mei Kung Fu? Will you be able to grow beyond your thirst for blood, and break the cycle of vengeance?

For more information, please visit www.sifugame.com and check out @sifugame on Twitter.