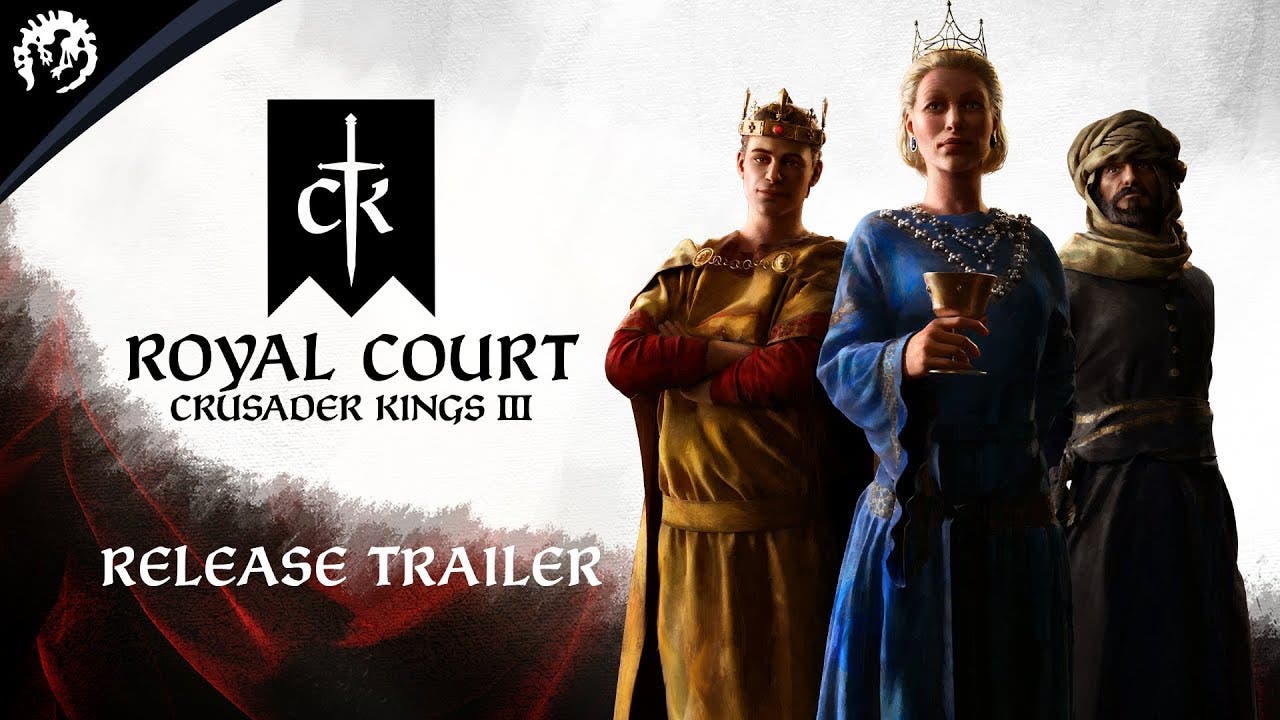 STOCKHOLM – 08 February 2022 – Your court is the heart of your kingdom, and now, in Crusader Kings III: Royal Court, you will be able to engage in vital affairs of state in a new game area to awe visitors with your splendor and display marvelous items and artifacts. The first major expansion for Paradox’s award-winning grand strategy role-playing game is now available.

Decorate your court with works of art created by master craftspeople or with rare artifacts captured or inherited across the generations. Hear the pleas of your subjects as they ask for royal favors or mercy, while maintaining a court grand enough to reflect a reputation appropriate for someone of your stature.

On a less personal note, reshape your society with dynamic and dramatic cultural options. Change your realm’s habits and practices to better suit a large multicultural empire or strike your own path, forging an original culture as old ways prove unsuitable for new circumstances.

As always, this expansion is released with a major update free for all Crusader Kings III players. This update adds more detail and context for the game’s culture system, as well as the addition of minor court positions, a character inventory system for weapons and armor, new events and a way for you to design your own custom coat of arms.