“Da Update” adds a host of free new features to Aerial_Knight’s Never Yield and makes huge improvements based on the feedback to the original release. The update includes new bonus levels, new music, a brand new endless mode and the introduction of leaderboards to allow you to compete for high scores. Level and story updates aimed at adding refinement and intrigue to the core game, including a new post-credits ending, mean speeding through this sci-fi version of Detroit is slicker and more satisfying than ever before. Players can also look forward to overhauled UI, graphical improvements, new Trophies and Achievements, Xbox accessibility controller support and hundreds of other smaller tweaks.
Set in a sci-fi version of Detroit, Aerial_Knight’s Never Yield tells the story of Wally and the sinister evidence he has uncovered with the potential to change his city forever. You will be forced to run for your life as you jump and slide to avoid upcoming obstacles with style to the incredible soundtrack created by Danime-Sama, showcasing the authentic sounds of Detroit  artists along with the vocal talents of artists of color from across the globe.

Players can expect news on the release date for the PS5, PS4 and Switch versions of Da Update soon, as well as the mobile version of Aerial_Knight’s Never Yield, which will launch with Da Update content.

“I’ve loved reading the reviews, feedback, and watching people enjoy the game since it was released less than a year ago,” said creator Neil Jones, also known as Aerial Knight. “Soon after the base game launched I started working on bug fixes and it quickly turned into much more. I decided that if I was going to update the game one more time, I was going to ‘Do the damn thing’! I’m excited to see the response when people get to dive into this new improved version of the game on Xbox and PC on February 15th and the PlayStation, Switch and mobile versions coming soon”. 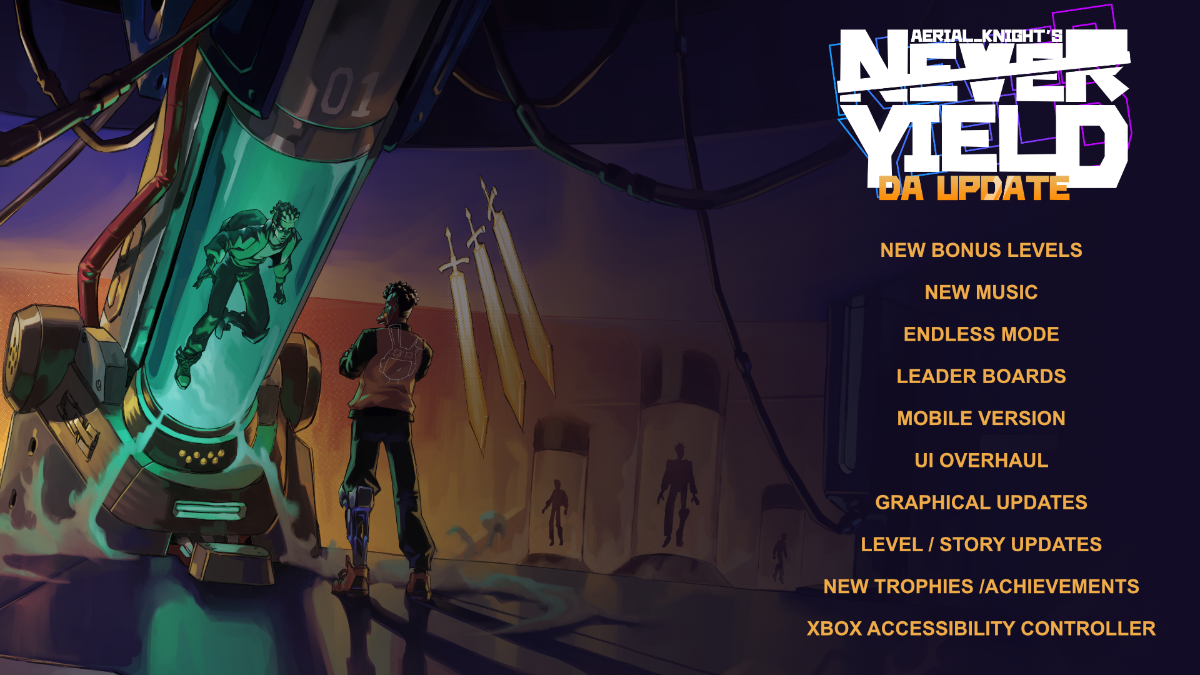