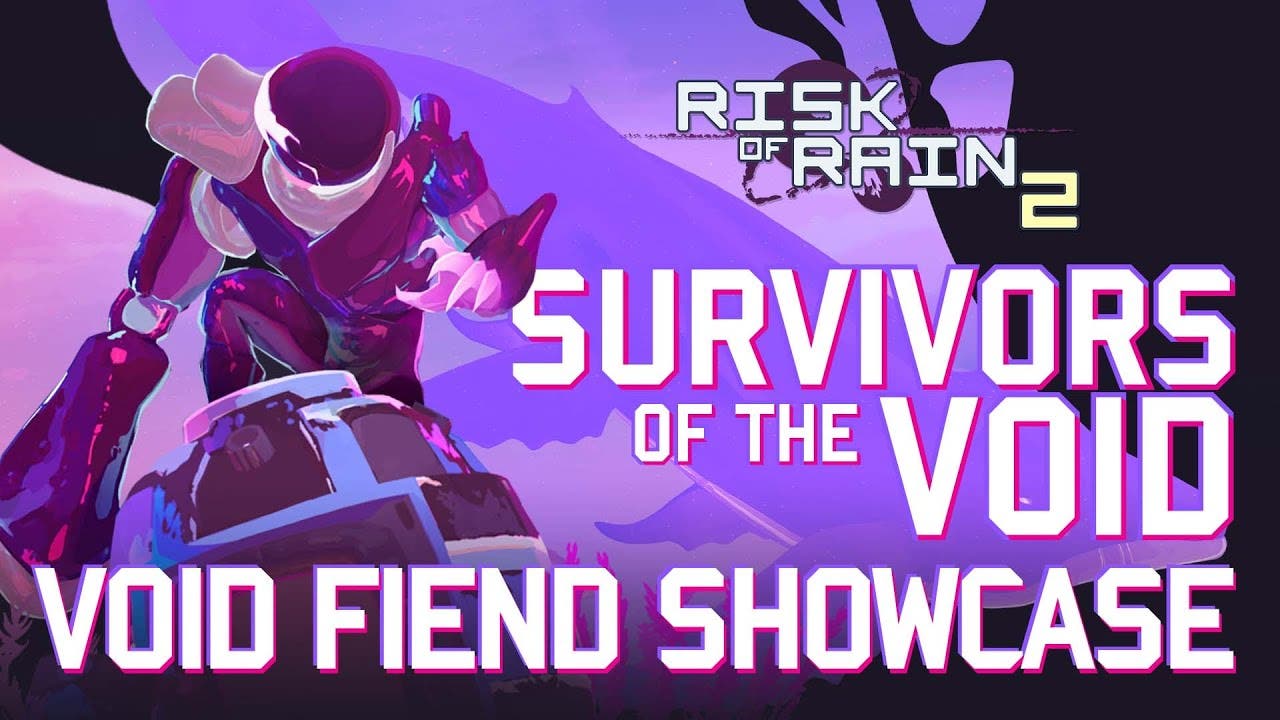 FRISCO, Texas – February 15, 2022 – The second new survivor joining Risk of Rain 2 in Survivors of the Void, Void Fiend, was announced today by Gearbox Publishing and Hopoo Games during the Survivor #2 Reveal Stream. Additionally, Gearbox and Hopoo revealed that Risk of Rain 2 and Survivors of the Void are coming to Epic Games Store on March 1, 2022, the same day the DLC launches on Steam.

Void Fiend is the perfect Survivor for players who love a risk-and-reward style. His unique mechanic, Void Corruption, grants a huge power boost and affects Void Fiend’s other skills. Corruption is increased by taking damage and reduced by healing, but is always slowly creeping higher and higher. Once your Corruption reaches 100%, Void Fiend transforms into a more aggressive form. This cursed Commando is just one piece of Survivors of the Void, a can’t-miss expansion that pushes the boundaries of Risk of Rain 2’s beloved gameplay cycle further than any previous update, adding the hard hitting Railgunner Survivor, 40 items, five stages, nine monsters, an alternative endgame boss, an endless horde mode, new music and more.

Void Fiend’s reveal is detailed across a range of new content, including:

“Survivors of the Void is full of opportunities for players to experience their greatest challenges yet, and Void Fiend embodies the multitude of approaches to overcome these obstacles –  balancing the risk and reward of survivability and damage output,” says Paul Morse, co-founder of Hopoo Games. “To master this survivor, players are going to need to ebb and flow between a tanky mid-range playstyle and an all out close range void wrecking ball.”

“Void Fiend answers the age-old question: what happens if you leave Commando out in the rain?” joked Duncan Drummond, co-founder of Hopoo Games. “In all seriousness, we fell in love with the idea of letting players experience the Void as a character who has seen its depths and been altered by the darkness. It creates an entirely different gameplay experience unlike any Survivor currently in the game, all while harkening back to classic Survivors players know and love.”

Risk of Rain 2 is a fast-paced, co-op roguelike shooter developed by Hopoo Games and published by Gearbox Publishing. Players can team with up to three other friends, play as 11 unique Survivors, and trek through more than a dozen stages to escape the alien planet, Petrichor V. With unlockable alternate abilities, tons of items to discover on runs, and equippable Artifacts to shake up gameplay, no two runs are ever the same.

Survivors of the Void launches on Steam and Epic Games Store on March 1, 2022 for a suggested retail price (SRP) of $15 USD, with the console release coming in Q2 of 2022 and Google Stadia coming soon. Risk of Rain 2 is available on Steam, Xbox One, Xbox Series X|S, PlayStation®4, Nintendo Switch™ and Google Stadia. Stay tuned to Risk of Rain 2 on Twitter for further announcements for Survivors of the Void.