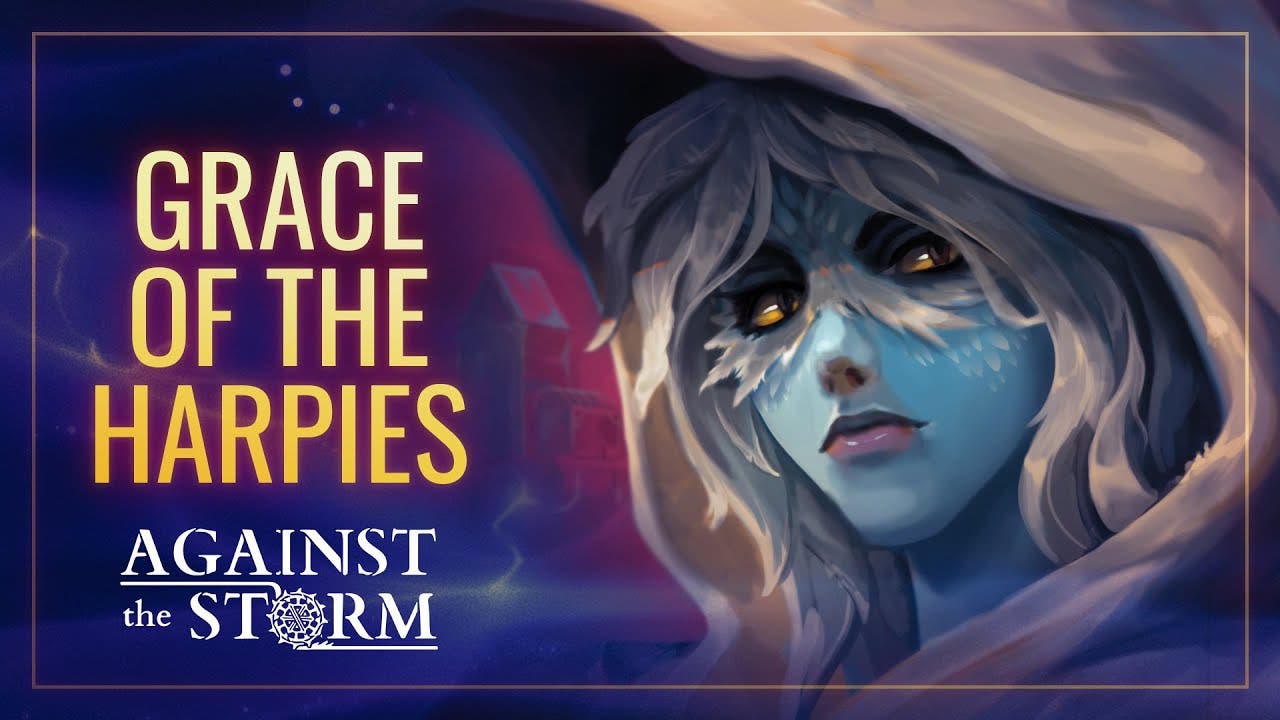 Graceful yet bloodthirsty Harpies become the 4th playable species in Against the Storm’s largest Early Access update which launches on February 17.

The rainy world of this roguelite city builder was previously inhabited by Beavers, Humans, and Lizardfolk. The addition of the new playable species stirs the pot as the update’s new features increase the replayability and pose new challenges.

Harpies come with eleven new buildings such as the Bath House in which you can fulfill a new villager need: cleanliness. Starting a new settlement now also requires you to pick a Caravan with up to two species. The remaining ones will be randomly drawn and added by completing the Scorched Queen’s orders or welcoming newcomer groups.

Grace of the Harpies is Against the Storm’s 9th bi-weekly Early Access update. Since its last year’s release, the game received several new features, including:

Developers put a lot of emphasis on community feedback (which makes up 61% of all changes). Titular Harpies were selected by players in an in-game community vote.

Against the Storm is available now in Early Access on Epic Games Store and is scheduled to release later this year on Steam and GOG.

ABOUT AGAINST THE STORM

Against the Storm is a roguelite city builder set in a fantasy world in which it never stops raining. You are the Scorched Queen’s viceroy — a pioneer sent into the wilds to establish and manage new settlements inhabited by beavers, lizards, and humans.

Learn more about the game: https://www.epicgames.com/store/p/against-the-storm

Forging strategy games set in uncharted worlds. A team of 5 friends with years of experience in AAA, indie, and mobile games development. Passion for memorable, genre-defining strategy and RPG games is what brought us together.

For more information about Eremite Games go to: https://eremitegames.com/