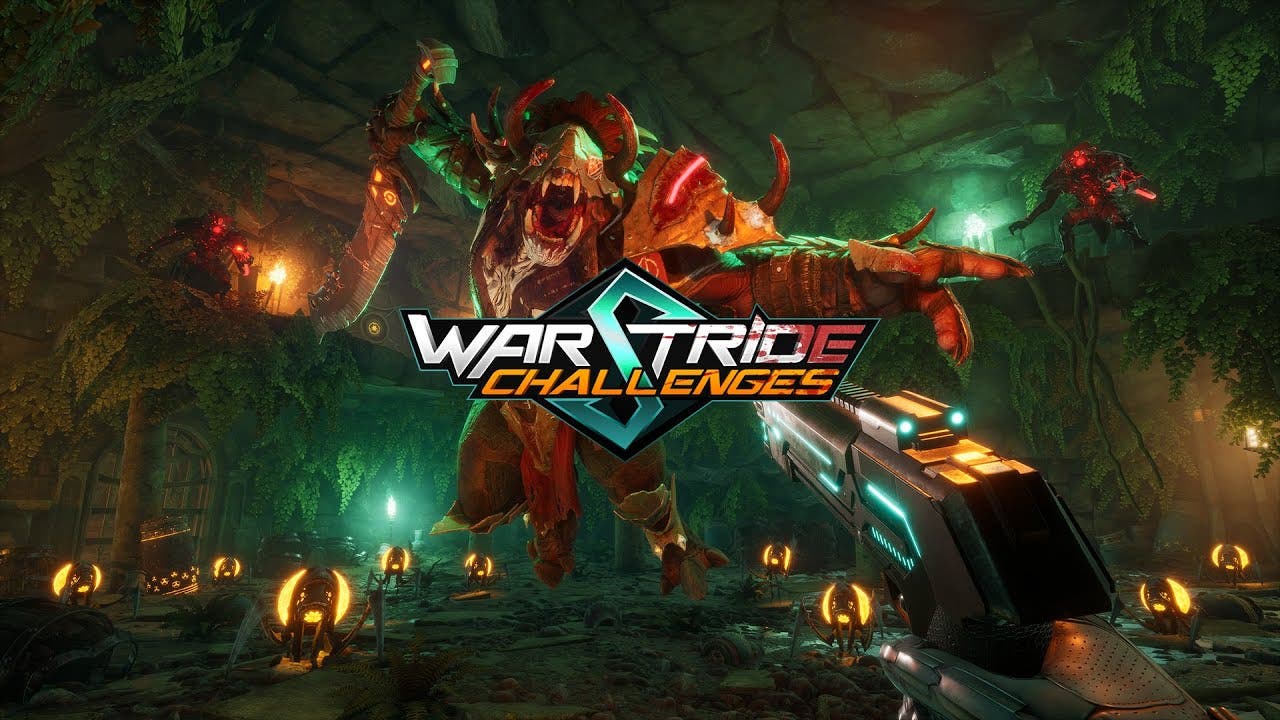 Warstride Challenges is like Doom and TrackMania had a baby, and you can play the demo soon

France / February 19, 2022 – Skill based, lightning-fast time trial first person shooter, Warstride Challenges, is bunny-hopping towards the Next Fest with an open demo on February 21st. Revealing fresh gameplay and an all-new logo, the love child of Doom and Trackmania is set to test players to their limits.

With over 180 frantic challenges in the full game, players participating in the demo can experience 10 of them as they face off against each other’s best scores. Thanks to its instant restarts, ghosts to race against, and leaderboards to smash, Warstride Challenges is a brutal, addictive title that takes no prisoners.

Featuring intense and frantic levels filled with demons to gib, a pumping soundtrack and unique powers to manipulate your way through each area, Warstride Challenges is easy to learn but hard to master. As an async multiplayer title, players can also compete directly against each other. Combined with its nemesis system, you’ll be able to load the ghost of anyone to beat their time: think you have what it takes to take on the world’s best? Try your luck.

“There’s nothing quite like Warstride Challenges, and our first public demo alongside a Steam Next Fest is a huge milestone for us. Whether you love first person shooters, time-attack titles, or are seeking to just improve your skills, Warstride Challenges will put you to the test.”

During its open demo period and right through to the Next Fest, players will be able to get to grips with 8 unique levels. Players who complete all 8 will unlock a challenging “long level” to seriously test their skills, while eagle-eyed challengers can keep a lookout for hidden skulls.

Prizes will be up for grabs for the fastest players, while anyone who joins Discord, submits their feedback on Steam, streams the game or achieves the best time on the challenger map can win a free copy. Participants who manage to reach the ultimate stage after clearing all others and achieve the fastest times can win a bonus prize for themselves and several friends, if they manage to keep the top spot through the Next Fest weekend.

With the open demo set to go live in two days, would-be speedrunners can Wishlist Warstride Challenges now, and learn more about the game over on its official Discord.