Dreadlands drops 2.31 patch with fixes and improvements, on sale for next two weeks

Independent developer and publisher Fatshark today announced that the post-apocalyptic turn-based game Dreadlands, developed by Blackfox Studios is available for 65% off on Steam in a limited 14 day offer running from Sunday 20th Feb.

The latest 2.31 patch also introduces armor traits, new weapon traits as well as some new items with fire (Igniter Grenades) not to mention several quality of life improvements to the game and a whole host of game fixes and tweaks.

For the full list of patch notes head here. 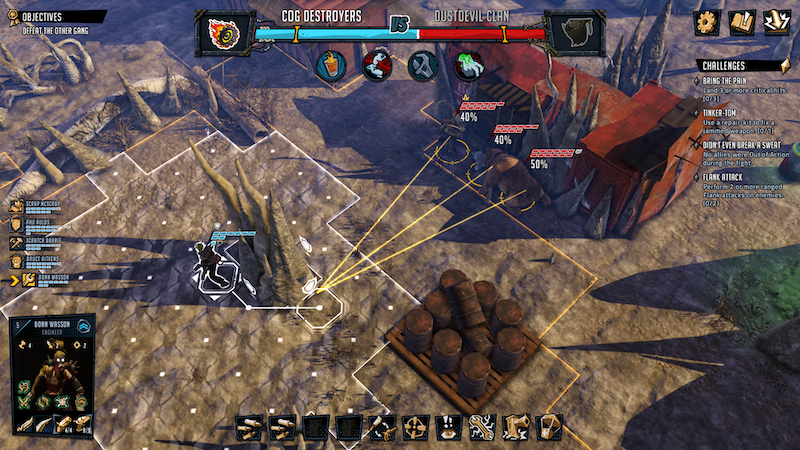 Choose a Faction
Create your gang from any of the three rival factions inhabiting Dreadlands.The Scrappers, the Tribe-kin, and the Skarbacks.

40+ Hours of story content
All playable Gang Factions have their own Story campaign. The storyline will introduce the player to the faction’s worldview, mentality, culture and of course, current problems that have to be dealt with.

Once the Gang Faction campaign is completed, the Main Story campaign will be unlocked. The Main Campaign will thrust the player deeper into the lore, intrigue and many entities vying for power, or merely survival, in the Dreadlands.

Tactics card system
Use the unique Tactics powers and combine them in exciting ways. Play your cards right and you can control the flow of battle itself!

Free Action Point system
Freely move, attack and use abilities any way you want. Move and shoot? Shoot and move? Shoot twice? It’s up to you to decide how to best use your Action Points!

Morale system
Engage in the tug-of-war Morale system that allows you to break the hearts & minds of your enemies. In the Dreadlands there is more to battle than just killing!

XP challenges system
Get more direct control over your gangs XP flow by completing in-match challenges for increased XP and award your personal MVP with even more XP. Your own skill translates to more XP!

Endless Dungeon
Fight against increasingly more difficult enemies and Bosses in pursuit of Glow, Dreadlands rare resource in the Endless Dungeon. Keep an eye out for the mad glow merchant and their rare wares!

Play The Demo on Steam!