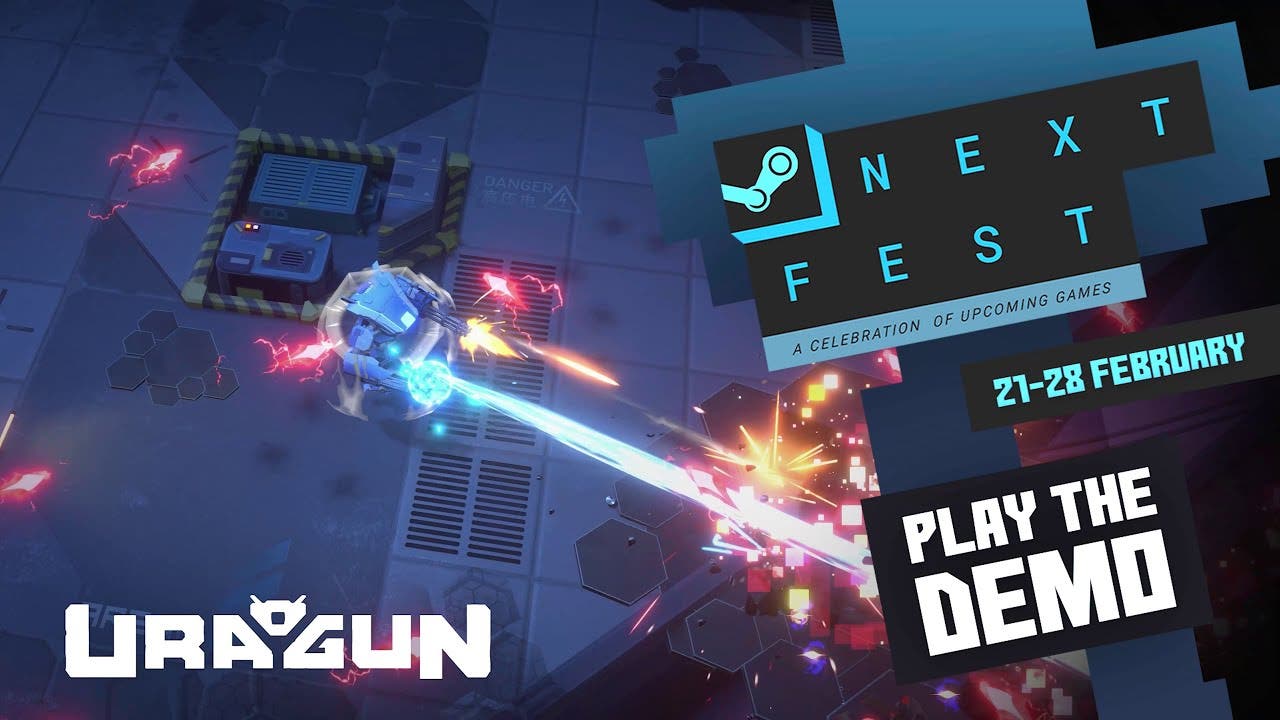 March 15th, 2022, Warsaw – Kool2Play have announced that their top-down mech shooter Uragun will take two more weeks to fine-tune, with the Early Access release date on Steam delayed until April 12, 2022.

The feedback received during Uragun’s Steam Next Fest demo was integral in helping the Kool2Play team decide that a slight delay was necessary for final additions and bug fixes, with the release now planned to be 2 weeks later.

Uragun is releasing as an Early Access title, with the intention to build upon the initial gameplay foundation with community feedback. To start, players will be able to experience over 25 levels in Barcelona, Hong Kong, and the Northern Cascades. With a variety of enemies, weapon types, and the first major boss fight. Post Early Access launch, Kool2Play will share a roadmap, highlighting the planned direction of content for the upcoming year. Kool2Play also announced that Uragun will launch into Steam Early Access at $14.99 USD.

In Uragun you play as a deadly but charming Mech that has awakened to discover a world overrun by corrupted AI. Searching for your missing pilot and friend will bring you to different spectacular locations like a deserted Barcelona, an overgrown and futuristic Hong Kong or the mines hidden in the snowy mountain rifts of North America. In order to survive, you’ll have to master the game’s challenging and fast-paced combat. Luckily, you’ll be able to unlock new weapons, from shotguns and auto-rifles to plasma boomerangs and rocket launchers, that will grant you a ton of customization options and a fair chance against your foes.

Find more information about the game on Steam and the Kool2Play website. Gameplay fragments, trailers and other video content can be found on the studio’s YouTube channel.

The devs also invite everyone to join the official Uragun server on Discord – to meet community members here, chat with producers, and leave valuable feedback. Every comment is taken into account!