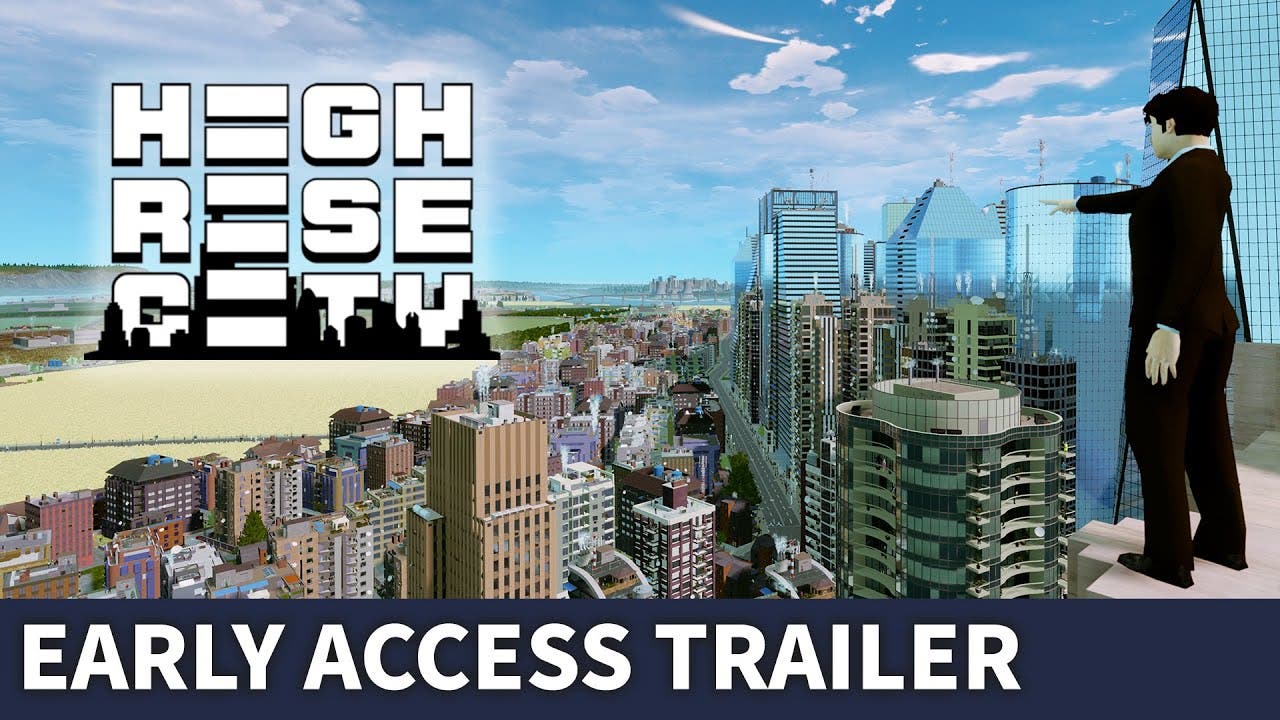 Highrise City, the ambitious economy simulation and city builder from indie developer FourExo Entertainment is available now as an Early Access Release on Steam and GOG. To celebrate the release, an Early Access Launch Trailer has been released, showing off gigantic cities and various cool features available already in the game.

Eight years ago the journey of solo developer FourExo started with a clear vision in mind: Combining a city builder with a complex economy simulation. With the release of the Early Access version, an important milestone on this journey has finally been reached. The Early Access version already offers content for countless hours. Players can start creating growing cities on three maps (New York, Capetown & Rio), create complex product chains and watch how their citizens build huge skyscrapers.

The journey however isn’t over. It just started. A building editor will be released with the first update which is scheduled for the end of April. A more detailed roadmap is available and will be updated throughout the Early Access phase.

Highrise City offers a new spin on City Simulations & Tycoon games expanding the economy and resource management aspect. Experience a modern take on the genre enriched with a complex resource based economy system. Highrise City combines two genres in new and interesting ways: City Builders and traditional Economy & Resource Management Simulations. Highrise City offers you challenging gameplay and gives you all the possibilities and tools you need to create a living and breathing city. Take care of your city and make it grow and flourish into a giant Metropolis!

Highrise City is available now on Steam and GOG with a launch discount of 15%. The official Soundtrack, created by Gerrit Wolf, is also available for purchase.