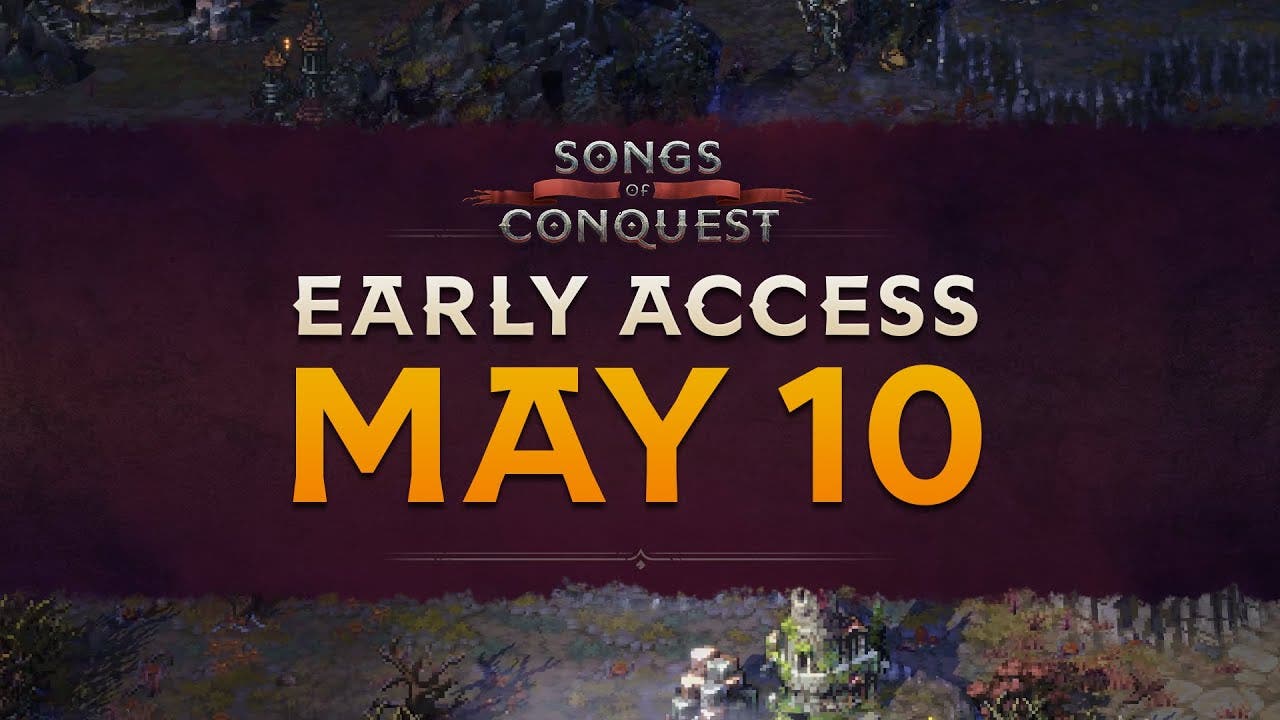 SKÖVDE, Sweden, March 24th, 2022 – Coffee Stain Publishing and Lavapotion are excited to announce that their turn-based strategy game Songs of Conquest will release onto Steam Early Access on May 10th. From the publisher behind breakout indie successes Valheim, Satisfactory and Deep Rock Galactic, Songs of Conquest is a brand new fantasy IP created to breathe new life into the strategy genre. The release date was announced in a brand new developer deep dive that aired during the 2022 Future Games Show March Showcase. In the trailer, Lavapotion showcased the rich fantasy setting of the game and its unique combat and magic system.

Songs of Conquest is a turn-based strategy game where players can build their kingdoms, explore distant lands and battle for dominance in single player campaigns, online and local multiplayer or skirmishes. In battle, players will take control of a wide range of combat units as well as Wielders, unique hero units that can control magic and buff their troops, as well as cast destructive spells on their foes. The game will also launch into Early Access with a map editor that will give players the tools to create their own adventures and share their creations with others.

Songs of Conquest is brought to life by an original take on pixel art design, allowing players to explore a unique and beautiful fantasy setting. The in-game world is teeming with noble knights, nefarious necromancers and forest Faey locked in battle over power and territory. Players will encounter four distinct factions, each with their own unique aesthetics, gameplay and hero units, ranging from the noble knights of Arleon and the mysterious Barony of Loth to the swamp dwellers of the Rana tribes or the mercenaries of Barya.

Songs of Conquest is defined by its unique combat system, utilising hero units known as Wielders, each with their own affinity to a specific set of magic spells that buff their troops, rain destruction on their enemies or grant players extra turns and combat options. Each of the four factions prioritises a different magic school, and the Wielders’ mana resource, known as Essence, comes directly from the number and size of its army.

“We’ve been working on Songs of Conquest for about five years now, and think it’s time we share it with the community that rallied around us when we first announced it.” said Carl Toftfelt, Lead Game Designer at Lavapotion. “Early Access will allow us to continue development and collect community feedback on in-game features and future content suggestions at the same time. We also can’t wait to see what our players will create with the map editor!”

“Working with the Lavapotion team and seeing their dedication to the craft and honouring the genre legends has been both inspiring and exciting at the same time.” said Johannes Aspeby, Producer and one of the founders of Coffee Stain. “We always wanted to work on a turn-based adventure, and are confident that Songs of Conquest will stand on the shoulders of giants and reinvigorate a game genre we all grew up with.”

Songs of Conquest will be launching into Early Access on May 10th exclusively on PC, and is currently available to wishlist on Steam, EGS and GOG. For more information, please visit the official website and follow the game on Twitter, Facebook and Discord.